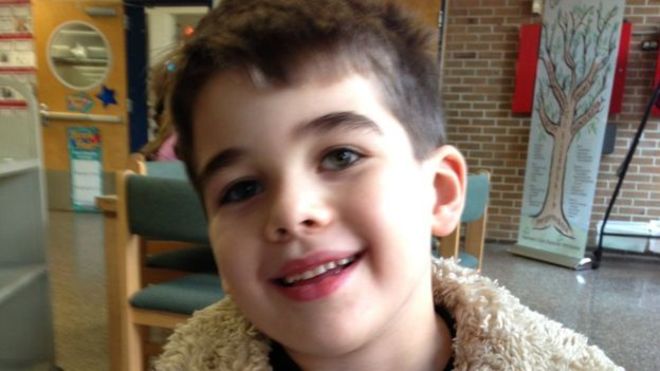 For most, the loss of a child is an unimaginable devastation. For parents in Sandy Hook the nightmare became reality. Picture in your mind how you would cope and you might then begin to grasp the deep well of despair that they endured. What followed after that was deeply offensive, not just to the parents but to many others. A Conspiracy claim arose. It was an assertion that it was a false flag operation and that nobody had actually died.

It is hard to grasp the emotional trauma and anger that wells up when coping with daily harassment from utter gobshites who accuse you of falsely claiming that your tragically slain child never existed and that you are a lying bastard for claiming that you have suffered a loss.

What would you do?

Leonard Pozner, (pictured above), one of the Sandy Hook parents, has had to endure this continuous daily hell. His son Noah was among the 26 victims at Sandy Hook elementary school in Newtown.

When I previously wrote about this last June, the state of play was as follows …

That second item was a summary judgement. The trail that determines the amount of damages to be paid has now just completed. It is the result of that we now have.

The update is that Mr Pozner has now been awarded damages.

On 15th Oct, the local paper where the trial took place wrote as follows about the build up to the award ..

Pozner explains why he went after the authors of the book ..

...”It said a lot of ugly things, and I felt like I needed to defend my son,” said Pozner on the stand….

…”I had attempted to be transparent. I published Noah’s death certificate on a social media page I used as a memorial page. And after doing that I was accused of being a fake and a fraud and that changed everything,” said Pozner. …

…the actions of Fetzer and the allegations in his book led to various events, including threats to Pozner’s life and harassment that caused PTSD. …

Meanwhile the nutter continued to spew BS without remorse  …

…When Fetzer took the stand Tuesday afternoon, he continued to argue that the statements in his book aren’t defamatory “because they’re true,” but the judge wouldn’t allow him to argue the legitimacy of the false statements….

The Verdict is now in – The Award

The next day, Oct 16th, the same paper reports the result by reprinting the CNN story …

…Leonard Pozner, whose son 6-year-old Noah was killed in the 2012 Sandy Hook massacre, was awarded $450,000 in damages by a Wisconsin jury from a defamation lawsuit filed in response to conspiracy theorists claiming the Newtown tragedy never occurred….

The book falsely states that Pozner fabricated his son Noah’s death certificate. The writers also claimed that Noah was not a real person, and alternatively, that he was not Pozner’s son, according to the complaint.

Judge Frank D. Remington of Wisconsin’s Dane County Circuit Court ruled in June that the statements by Fetzer were defamatory, and the case went to trial to determine damages. The jury’s decision was made Tuesday, officials at Dane County Court told CNN.

“I have now had to defend my son’s existence against these hoaxers for longer than he was alive,” Pozner told CNN Wednesday.

“For many years, I attempted to use the legal system to get hoaxers like Mr. Fetzer to stop attacking me and terrorizing my family.”

“Today, I believe that hesitation ends and the countless other victims of Mr. Fetzer and other conspiracy theorists like him who use the internet to harass and defame, will now have the ability to pursue legal action against their abusers,”

Meanwhile, Fetzer is in complete denial …

Despite the court’s determinations and issuance of an official death certificate from the Connecticut Department of Public Health, Vital Records Division, Fetzer maintains that the tragedy was an Obama-administration “drill where no kids died to promote gun control.”

Palacek and the book publisher’s parent company Wrongs Without Remedies LLC both settled with Pozner and their cases were dismissed.

Fetzner is solely responsible for the payment awarded to Pozner.

Pozner thanked the jury “for recognizing the pain and terror that Mr Fetzer has purposefully inflicted on me and on other victims of these horrific mass casualty events, like the Sandy Hook shooting”.

Pozner went on say that the case was not about free speech rights.

The award, he added, “further illustrates the difference between the right of people like Mr Fetzer to be wrong and the right of victims like myself and my child to be free from defamation, free from harassment and free from the intentional infliction of terror”.

Sometimes actions really do have consequences. It is very satisfactory to observe a purveyor of deeply offensive fake news reaping the consequences.

Mr Pozner has created a website in honour of his son Noah.

“We miss the music of his full-bellied laughter, the warmth of his hugs, and the twinkle in his beautiful eyes with an indescribable, timeless sorrow,”