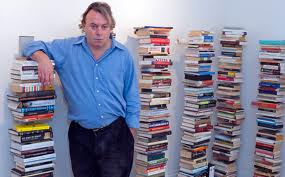 Religion will always retain a certain tattered prestige because it was our first attempt as a species to make sense of the cosmos and of our own nature, and because it continues to ask “why”. Its incurable disability, however, lies in its insistence that the answer to that question can be determined with certainty on the basis of revelation and faith.

We do not know, though we may assume, that our pre-homo sapiens ancestors (the erectus, the Cro-Magnons and the Neanderthals, with whom we have a traceable kinship as we do with other surviving primates) had deities that they sought to propitiate. Alas, no religion of which we are now aware has ever taken their existence into account, or indeed made any allowance for the tens and probably hundreds of thousands of years of the human story. Instead, we are asked to believe that the essential problem was solved about two-to-three thousand years ago, by various serial appearances of divine intervention and guidance in remote and primitive parts of what is now (at least to Westerners) the Middle East.

This absurd belief would not even deserve to be called quixotic if it had not inspired masterpieces of art and music and architecture as well as the most appalling atrocities and depredations. The great cultural question before us is therefore this: can we manage to preserve what is numinous and transcendent and ecstatic without giving any more room to the superstitious and the supernatural. (For example, can one treasure and appreciate the Parthenon, say, while recognizing that the religious cult that gave rise to it is dead, and was in many ways sinister and cruel?) A related question is: can we be moral and ethical in our thoughts and actions without the servile idea that our morals are dictated to us by a supreme entity?

I believe that the answer to both of these questions is in the affirmative. Tremendous and beautiful things have been achieved by science and reason, from the Hubble telescope to the sequencing of the DNA of obscure viruses. All of these attainments have tended to remind us, however, that we are an animal species inhabiting a rather remote and tiny suburb of an unimaginably large universe. However, this sobering finding — and it is a finding — is no reason to assume that we do not have duties to one another, to other species, and to the biosphere. It may even be easier to draw these moral conclusions once we are free of the egotistic notion that we are somehow the centre of the process, or objects of a creation or a “design”. Dostoevsky said that without belief in god men would be capable of anything: surely we know by now that the belief in a divine order, and in divine orders, is an even greater license to act as if normal restraints were non-existent?

If Moses and Jesus and Mohammed had never existed — let alone Joseph Smith or Mary Baker Eddy or Kim Jong Il or any of the other man-made prophets or idols — we would still be faced with precisely the same questions about how to explain ourselves and our lives, how to think about the just city, and how to comport ourselves with our fellow-creatures. The small progress we have made so far, from the basic realization that diseases are not punishments to the noble idea that as humans we may even have “rights”, is due to the exercise of skepticism and doubt, and to the objective scrutiny of hard evidence, and not at all to faith or certainty. The real “transcendence”, then, is the one that allows us to shake off the notion of a never-dying tyrannical father-figure, with its unconsoling illusion of redemption by human sacrifice, and assume our proper proportion as people condemned to be free, and able to outgrow the fearful tutelage of a supreme supervisor who does not forgive us the errors he has programmed us to make.