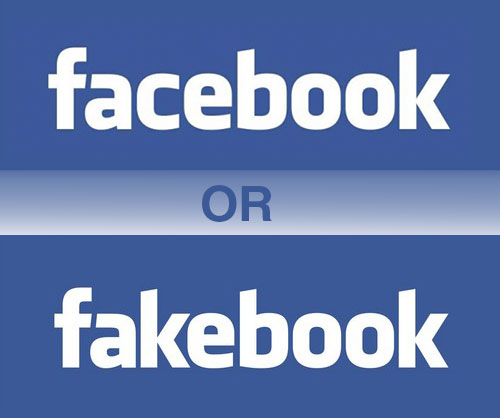 Facebook has fact checkers and so we can of course depend upon everything we find posted there … right?

Well yes, you know that is simply not the case, and so here is now yet another bit of data that clearly illustrates that they are a platform that will happily promote things that are not true if it earns them some revenue.

Back in Feb of 2019 I was writing about the report created by the UK Government titled “Disinformation and ‘fake news’: Final Report“. Within there the facts established this …

Has anything really changed?

What is already firmly established is that FB policy is one in which political advertising that is a blatant lie will be permitted and will not be fact-checked. When challenged, they have refused to change this policy.

The update is that we now have this (via here) …

Background to the story

A team of climate scientists working as approved fact checkers for Facebook evaluated a post last year by a White House-connected group that claims the world needs to burn more fossil fuels.

The researchers found that the post by the CO2 Coalition was based on cherry-picked information to mislead readers into thinking climate science models are wrong about global warming. The post, which was published originally in the conservative Washington Examiner, was an opinion piece that had been marked as false, in accordance with Facebook’s standards. The coalition, which is funded by groups that oppose regulations on fossil fuels, was prevented from advertising on the site.

The fact-checkers were Ignored – $$ prevailed

A “conservative” Facebook employee quietly intervened, overturning the fact check, and the misinformation was no longer labeled as false

The basis for this is that “scientific-fact” has been deemed to be “opinion” and therefore immune to fact-checking.

Social Media has enabled many to live inside bubbles where they are only exposed to information that panders to their beliefs.

The “belief” that climate change is not a problem has become a highly charged political topic. Groups such as the CO2 Coalition pay for advertisements that falsely attack the scientific consensus.

What do CO2 Coalition claim?

What is their evidence?

Why are they engaged in deliberate fraud?

It is all about $$. The group is largely funded by conservative foundations that oppose regulations. It has also received funding from the Mercer family, who were top Trump donors in 2016.

Accepting climate change is real means regulations to address it, but that impacts their wealth.

Facebook has evolved into a powerful tool for the manipulation of large numbers of people. It is not a reliable source for anything.

Anybody advertising or promoting anything on Facebook needs to begin to appreciate that they are sending a very clear message that truth and facts don’t matter.

Related, and perhaps of interest, there is a growing anti-FB movement out there. The engine driving it is the BLM movement.

Sometimes FB actions really do have consequences for FB.