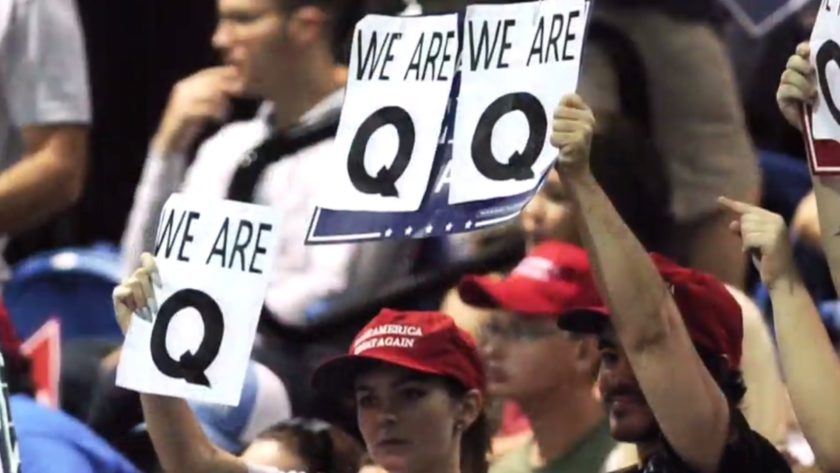 Yes, Twitter really have done it, this is fantastic news. They are taking a stance against deeply harmful bullshit by removing thousands of QAnon accounts. Here is what has happened yesterday…

This is just the beginning. Twitter officials are advising the media that the crackdown against QAnon is expected to affect more than 150,000 accounts, making it the most wide-reaching and aggressive response to the pro-Trump conspiracy theory that any social media platform has ever undertaken.

What Exactly is QAnon?

I’ve already recently posted about it before, see here, and also here.

If they were harmless cranks and crackpots, then most would roll their eyes and ignore it all, and so Twitter would have done nothing.

It turns out that this is not the case with QAnon. QAnon believers have been instigating networked harassment, not just of politicians and celebrities but of private citizens they believe are involved in a satanic pedophile cult. This is why action was needed.

No doubt many will pop up claiming that this breaches their First Amendment right to “Free Speech”. There are two points to that …

This is not a new move, others have already taken similar steps. Two years ago, Reddit banned QAnon message boards for “inciting violence,” and Facebook said in May that it had also removed QAnon pages.

They are truly Dangerous

The FBI warned in a bulletin last year that QAnon will probably drive “both groups and individual extremists to carry out criminal or violent acts.” In one high-profile murder trial, the alleged killer’s lawyers say he was a QAnon believer driven to shoot a man he believed to be part of the supposed government plot.

In recent years, followers have targeted Teigen over false claims linking her to Jeffrey Epstein, the wealthy sex offender. Last week, Teigen demanded Twitter crack down on the abuse, saying it was impossible to block so many accounts making threats toward her and her family.

“I have a family and job and there are too many to target,’ she tweeted, adding, “They have no idea how hard this is to cope with. They won’t stop until I die. I’m convinced of it. And even then they’ll think of another conspiracy.”

Why do so many believe this nonsense?

In generic terms, it is Pareidolia for conspiracy theorists. Sitting between your ears is a highly tuned pattern seeking engine. Our brains are like that because finding patterns gave our species a very distinct survival advantage. We have been naturally selected to be like this. Our ancestors are the ones who could work out patterns such as the realisation that during dry seasons potential food would always head to the water sources and that was where the best hunting could be done.

What QAnon folks never do is present you with evidence, instead the line is “Do your research”. That means they are telling you to hunt through random noise until your pattern seeking engine kicks in and you start seeing patterns. It is as credible as looking at clouds and seeking shapes.