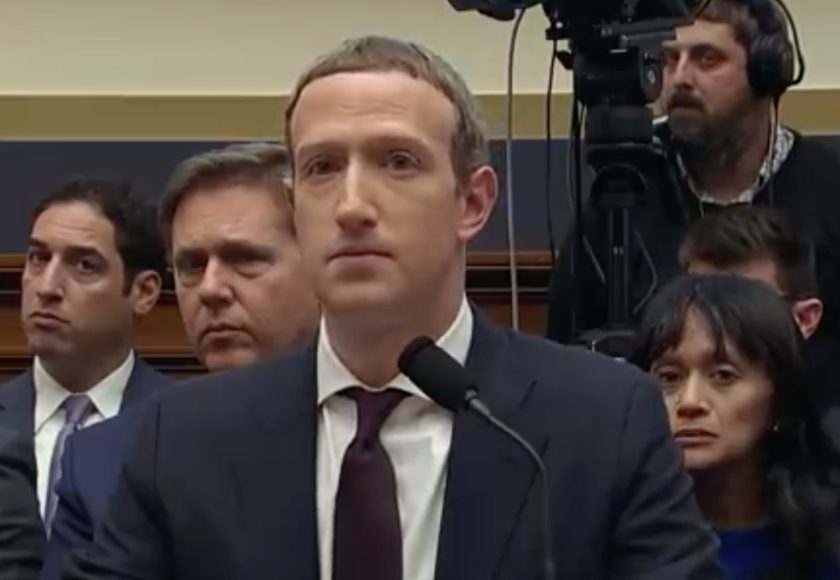 As the 2020 elections loom in the US and also in the UK in just a few weeks, the role that Facebook plays in swinging the outcome via outright manipulation and lies is coming sharply into focus.

There was this recent interaction between AOC and Mark Zuckerberg. What happened puts into the public record some rather startling facts about facebook.

The context here is that Mark Zuckerberg appeared before the House financial services committee to get approval to launch Facebook’s proprietary cryptocurrency project, Libra.

AOC took the opportunity to ask a series of questions about the behaviour of Facebook and what he personally knew. He repeatedly stumbles and pauses. He was clearly not used to being asked such direct questions and was very uncomfortable.

Here are the precise details …

AOC: What year and month did you personally first become aware of Cambridge Analytica?

MZ: I’m not sure of the exact time. But it was probably around the time when it became public. I think it was around March of 2018. I could be wrong.

AOC: Did anyone on your leadership team know about Cambridge Analytica prior to the initial report by The Guardian on December 11, 2015?

MZ: Congresswoman, I believe so. Some folks were tracking it internally. As you’re asking this, I do think I was aware of Cambridge Analytica as an entity earlier, I just don’t know if I was tracking it.

When was the hack discussed with Peter Thiel?

AOC: When was the issue discussed with your board member Peter Thiel?

MZ: Congresswoman, I don’t know that.

AOC: This was the largest data scandal with respect to your company that had catastrophic impacts on the 2016 election. You don’t know?

MZ: I’m sure we discussed it after we were aware of what happened.

Can Political lies be used to suppress votes?

AOC: You announced recently that the official policy of Facebook now allows politicians to pay to spread disinformation. In 2020 election and in the future. So I just want to know how far I can push this in the next year. Under your policy using census data as well, could I pay to target black predominantly zip codes and advertise them the incorrect election date?

MZ: No, congresswoman, you couldn’t. We have even for these policies around the news worthiness of content that politicians say and the general principle that I believe —

AOC: But you said you’re not going to fact check my ads.

MZ: If anyone including a politician is saying things that can cause violence or could risk eminent physical harm or voter or census suppression, we roll out the census suppression policy. We will take that content down.

AOC: So you will – there is some threshold you will fact-check political advertisements. Is that what you’re telling me?

MZ: Congresswoman, yes, for specific things like that whether where there’s imminent risk of harm.

Where is the boundary for political lies?

AOC: Could I run ads targeting republicans in primaries saying they voted for the Green New Deal?

MZ: Can you repeat that?

AOC: Would I be able to run advertisements on Facebook targeting Republicans in primaries saying they voted for the Green New Deal? If you’re not fact-checking political advertisements I’m trying to understand the bounds here of what’s fair game.

MZ: I don’t know the answer to that off the top of my head.

AOC: Do you see a potential problem here with a complete lack of fact-checking on political advertisements?

MZ: Congresswoman, I think lying is bad. I think if you were to run an ad that had a lie that would be bad. That’s different from it being — in our position, the right thing to prevent your constituents or people in an election from seeing that you had lied.

MZ: Congresswoman, in most cases, in a democracy I believe that people should be able to see for themselves what politicians that they may or may not vote for for themselves.

MZ: Congresswoman, it depends on the context that it shows up, organic post, ads.

AOC: Can you explain why you named the Daily Caller, a well-documented publication with ties to white supremacists as an official fact checker for Facebook?

MZ: Sure. We don’t appoint the independent fact checkers. They go through an independent organisation called the Independent Fact Checking Network that has a rigorous standard for who they allow to use as a fact checker.

AOC: So you would say that white supremacist-tied publications meet a rigorous standard for fact checking?

The bottom line here is the Facebook is not only not a reliable source for anything, but also that they will happily publish fake news.

Facebook’s position on political advertising is “a threat to what FB stands for,” the employees wrote in the letter, which was obtained by The New York Times. “We strongly object to this policy as it stands.”

… More than 250 employees have signed the message …

… The worker dissatisfaction has spilled out across winding, heated threads on Facebook Workplace, the people said….

To be clear, this is not theory, it has already begun …

This month, President Trump’s campaign began circulating an ad on Facebook that made false claims about former vice president Joseph R. Biden Jr., who is running for president. When Mr. Biden’s campaign asked Facebook to remove the ad, the company refused, saying ads from politicians were newsworthy and important for discourse.

Senator Elizabeth Warren, the Democrat from Massachusetts who is also running for president, soon took Facebook to task. She bought a political ad on Facebook that falsely claimed Mr. Zuckerberg and his company supported Mr. Trump for president.

Ms. Warren said she wanted to see how far she could take it on the site. Mr. Zuckerberg had turned his company into a “disinformation-for-profit machine,” she said.

His defence is “Freedom of Expression”

But Mr. Zuckerberg doubled down. In a 5,000-word speech to students at Georgetown University in Washington this month, the chief executive defended his treatment of political ads by citing freedom of expression.

This is not Freedom Of Expression

It is Halloween today, a traditional time for a scary story. We don’t need to manufacture fictitious devils and demons to provoke a chill, we have quite real ones that have been elected into office on the basis of complete fiction.

Facebook is happily allowing its platform to become a political weapon. This is not a defence of freedom, but rather is an attack upon both integrity and democracy.

Politicians posting lies is not freedom of expression, it is lying.

Accepting money to promote lies is not a passive action, it turns Facebook into an active and willing partner.

If Facebook sticks with its stance of being a platform for lies then it ceases to be social media, and instead is antisocial media.

Meanwhile this has happened