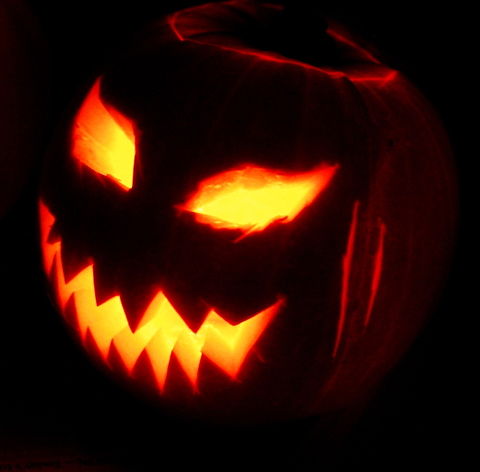 What do we actually know about Halloween?

Most of us happily accept the traditions and do not give too much thought to the origins of it all. Given that today is the day, let’s mull over it all a bit with a couple of questions.

Where does the name “Halloween” come from?

Traditionally, Halloween is Hallows’ Evening. This is start the eve of the Western Christian feast of All Hallows’ Day, a time when people would remember the dead.

The word “Hallow” is a reference to saints, hence it is the evening prior to a time to remember saints. The word is a synonym of the word saint because it is quite literally means to make holy.

What many do now is well-known – trick-or-treating,  Halloween costume parties, etc… Step back a century or two and for most it was about attending church services, and also lighting candles on the graves of the dead. Interestingly enough, go back even further and we discover that our modern practises and traditions appear to have origins within older pre-Christian beliefs.

Why spirits and ghosts?

Halloween was a point in time that marked the end of the harvest season and beginning of winter.

Because it was a time that was deemed to be a boundary between seasons, it was believed that ‘spirits‘ or ‘fairies‘, could more easily cross over into this world. The souls of the dead were also said to revisit their old homes, so places were set at the dinner table and by the fire to welcome them.

Why the apples and Nuts?

The origin of traditional Halloween games appears to be rooted in rituals designed to foretell your future – when will you die, or when will you be married. Apples and nuts were often used in such divination rituals, hence we still have apple bobbing, and nut roasting.

An apple would be peeled in one long strip, then the peel tossed over the shoulder. The peel is believed to land in the shape of the first letter of the future spouse’s name.[172][173] Two hazelnuts would be roasted near a fire; one named for the person roasting them and the other for the person they desire. If the nuts jump away from the heat, it is a bad sign, but if the nuts roast quietly it foretells a good match.[174][175] A salty oatmeal bannock would be baked; the person would eat it in three bites and then go to bed in silence without anything to drink. This is said to result in a dream in which their future spouse offers them a drink to quench their thirst.[176] Unmarried women were told that if they sat in a darkened room and gazed into a mirror on Halloween night, the face of their future husband would appear in the mirror.[177] However, if they were destined to die before marriage, a skull would appear. The custom was widespread enough to be commemorated on greeting cards[178] from the late 19th century and early 20th century.

In Ireland and Scotland, items would be hidden in food – usually a cake, barmbrack, cranachan, champ or colcannon – and portions of it served out at random. A person’s future would be foretold by the item they happened to find; for example, a ring meant marriage and a coin meant wealth.[179]

Special bonfires were lit and there were also rituals involving them.

Their flames, smoke and ashes were deemed to have protective and cleansing powers, and were also used for divination. In some places, torches lit from the bonfire were carried sunwise around homes and fields to protect them. It is suggested that the fires were a kind of imitative or sympathetic magic – they mimicked the Sun, helping the “powers of growth” and holding back the decay and darkness of the winter that had arrived.

In the UK, Bonfire night, the 5th November, has become firmly established as something quite separate. That happened from about 1605 onwards and so many traditional Halloween practises have been translated over to that.

Where did Trick-or-Treating come from?

It appears to have its origin in the middle ages in Britain and Ireland. One line of folklorist thinking is that it may come from a belief that supernatural beings, or the souls of the dead, roamed the earth at this time and needed to be appeased. The practise as we now know it once manifested as a custom of sharing soul-cakes at Allhallowtide. People would visit houses and take soul-cakes, either as representatives of the dead, or in return for praying for their souls.

The practise as we now know it does not appear to really exist prior to the 1930s. It rapidly spread within the US and Canada in the late 30’s, stalled during the war, then picked up again after that. By about the 1950s it was firmly rooted in modern North American culture.

Rather ironically, despite it all coming from more traditional practises in Ireland and the UK, the modern trick-or-treat practise did not really establish itself there until about the 1980’s.

Today most would view thoughts about boundaries between worlds releasing spirits that walk among us as quaint superstitions from a time when the planetary mechanics of seasonal variations was not really understood. We enjoy the traditions, (costumes, games, trick-or-treating, etc…), as harmless fun and don’t generally consider any of the old beliefs to be true.

Our ancestors grasped hold of such ideas as a way to cope and grasp meaning. It was part of our evolutionary psychology. We had been naturally selected to be like that because it gave our species a distinct survival advantage.

Interestingly enough we are still like this. While we might dismiss ancient myths, our psychological inheritance has not gone away. Belief in the supernatural still prevails and thrives. One very popular modern myth that billions regard as true is that a god gave birth to itself so that it could have a blood sacrifice of itself to itself. All of this supposedly happened because a talking snake tricked one of our ancestors into eating some fruit.

We might dispatch old myths with a wave of the hand and think of ourselves as much smarter, but are we really any different?