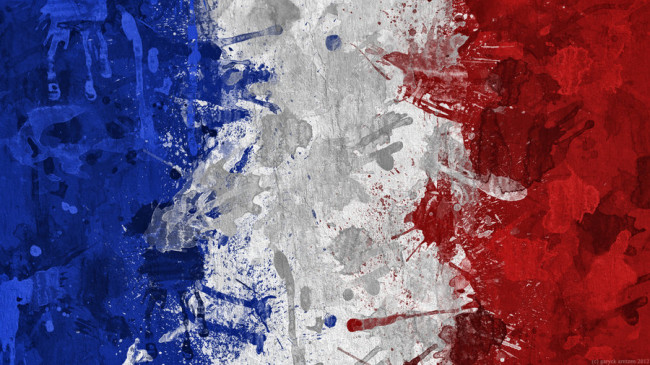 Many words will flow as a result of Paris, and so hopefully most of those words will give expression to our empathy and humanity … sorrow, anguish, disgust, grief, and much more, and yet there is also a danger that other words will arise and be deployed unjustly against entire communities.

I’ve been there and have not only seen it, but have personally experienced it.

Individuals from the nation of my birth deployed explosives, not just once, but many times within a nation that I lived in and slaughtered many innocent people. As a result there was a great deal anger. This was something I personally came face-to-face with when my car was run off the road. His car crashed into mine and pushed it to the side … the driver got out, and I, thinking it was simply an accident and probably my fault (I was like that at the age of 19), waited for him to deploy blame. Instead he asked me where I was from, and once I confirmed that I was indeed from the same nation as those that had deployed the explosives, he told me, “We don’t like your kind here”, then he ran off, got back into his car and speed off – the penny dropped, it had not been an accident, he had recognised that the number plates where foreign, recognised the nation they  belonged to, and had deliberately run me off the road.

(Yes, I’m being a tad cryptic and vague, principally because I’m looking back as an illustration of what might happen to an entire community when some do bad things, I have no interest in stirring up the issues associated with that long past incident).

The word “Christian” and “Christianity” are terms that encapsulate a vast diversity of conflicting beliefs and different holy texts (Catholics have additional books in the bible that others reject). There are Catholic beliefs, and Evangelical beliefs, and Baptist beliefs, etc… and they do not just differ in small ways, there are huge differences. Islam is just like that, there are many variations of Islam, and what they belief is vastly different. There are those that totally reject violence and then there are those that embrace violence as a virtue and a duty.

Key Question: Should we tolerate the demonisation of 1.6 billion humans?

Criticism of bad ideas, or beliefs that are not factual is of course wholly appropriate, but that is not what we are talking about here, this is something quite different, and so we should put those disagreements to one side when considering our response the the #ParisAttacks.

Yes, it was barbaric, and abhorrent, and yes those that did what they did are simply thugs, but that should not become a license to justify xenophobia.

A common retort is to claim some variation of the following…

… and yet to deny the root cause is a road that will ensure that such violence continues and happens again and again.

Not calling them “Islamists” is to deny the primary root cause, because that is the ideology that motivates them to act as they have …

“When President Obama gave his speech, he said, ‘We will not allow these people to claim they are religious leaders. They have nothing to do with Islam.’

No. They are not Islam — of course they’re not. Nor am I, nor is anyone, really, because Islam is what Muslims make it. But they have something to do with Islam. If you’re going to argue with one of them — and I do all the time — you’re not discussing Mein Kampf. You’re discussing Islamic texts…

And just to clarify — one sentence:

What is Islamism? Islam is a religion; Islamism is the desire to impose any version of that religion on society.

It’s the politicization of my own religion. What is Jihadism? The use of force to spread Islamism.

The danger of not naming this ideology is twofold. Firstly, within the Muslim context, those liberal Muslims, reformist Muslims, feminist Muslims, gay Muslims, dissenting voices, minority sects, the Ismailis, the Shia — all these different minorities within the minority of the Muslim community — are immediately betrayed.

How are they betrayed? Because you deprive them of the lexicon, the language to employ against those who are attempting to silence their progressive efforts within their own communities. You surrender the debate to the extremists…

The second danger is in the non-Muslim context. What happens if you don’t name the Islamist ideology and distinguish it from Islam?

President Obama in his speech said there’s an ideology we must challenge, and he didn’t name it.

So, think about it, you’re sending out the message to the vast majority of Americans: there’s an ideology you must challenge, but you don’t tell them what it’s called. What are they going to assume? The average American is going to think, ‘Yeah, I’ve got to challenge an ideology — it’s called Islam.’

You’re only going to increase anti-Muslim hatred, increase the hysteria, like ‘he who must not be named’ — the Voldemort effect

The above extract was not written by a non-Muslim, but rather was written by a Muslim, and I agree with him, he is spot on.

Many walked away from their country off birth, not to bring destruction down upon us, but rather to reach for a better life, and often to become free from intolerance, oppression and violence. The #ParisAttacks stand out because they directly impact us, but as has been pointed out by another blogger, it is an almost daily reality for others …

This month alone, the dead comprise 8 Hazara, including a 9 year old girl, beheaded by ISIS and 19 year old Rokhshana, stoned to death by the Taliban in Afghanistan; a mass grave of Yazidi women uncovered after ISIS was routed from Sinjar (see photo on left); roadside bombings in Baghdad and Sadr City, which killed 41 people; twin explosions in Beirut, Lebanon, which killed at least 43 people; a downed Russian airliner killing all 224 on board; a secular publisher killed and 3 others wounded in Bangladesh; at least 32 people, including four children, killed in a suicide attack in Pakistan; 30 people killed and dozens injured in twin suicide bomb attacks in Nigeria’s Borno State…

Countless others have also been killed – not by “jihadis” but legally by Islamic states via Sharia laws: 100 have been executed in Saudi Arabia during a 6 month period with 700 executions in Iran during the same time-frame. The current President Rouhani, who planned to visit France, has overseen the execution of 2000 civilians during two years in office… Many more languish in prison – people like Raif Badawi and Atena Faraghdani – or face male guardianship rules, compulsory veiling,  gender segregation, even bans on laughing out loud or music…

U2 lead singer Bono says the Paris massacres, especially the attack on the music concert, is Islamic State’s first “direct hit against music” but music has been the target of Islamists for decades. In Mali, for example, Islamists have banned music in the north of that country. In Iran, women cannot sing solo in front of men…

French President Hollande says the Paris attacks are an act of war. True, but this war has been raging for decades. People in many countries across the Middle East, North Africa and South Asia have lost a generation and been fighting this movement at great risk to their lives. This “war” is one of the main reasons for the mass migration.

Discrimination against migrants has happened before, it really has … so let us not repeat that history once again. 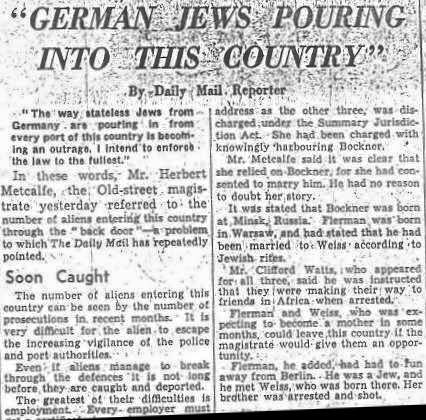 We need to deploy labels properly, and correctly label those that act violently – “Islamist”, and not deny that reality. At the same time it is also of extreme importance that we also recognise that the vast majority of Muslims are not “Islamists”, and that should be articulated in a manner that results in a clear common understanding of that. Muslims are the principle victims of the Islamists, and so warrant our support, not abuse, for it is they who are often the first to be butchered by these violent Islamist thugs, and that is often why they left their land of birth and came to dwell among us.

Now is the time for us to embrace them and stand with them, not shun them.

1 thought on “#ParisAttacks – The root cause was Islamism”