On Tuesday you will vote (if you are a US citizen), and so rather obviously if you would like to see specific things happen, then you vote for the candidate whose stated manifesto aligns with what you would like to see. Do you only have two choices, what about the others? If indeed the third … Read more What would Hillary do? …. Nothing but good things.

Politico reporter Dan Diamond has tweeted out the following, not because he agrees, but rather because it is quite frankly bizarre … Do you think Trump has strong moral character? · White evangelicals: 44%· Atheists: 18% pic.twitter.com/FAfFPoVeUI — Dan Diamond (@ddiamond) October 16, 2016 I do truly grasp why some evangelicals are supporting Trump. In many … Read more Claim: Trump has “Strong Moral character” according to many evangelicals

Currently the leading Republican candidate is Trump, but the race for nomination is not over yet, he has a rival – Ted Cruz. Now knowing what you know about Trump, specifically the racism, intolerance, misogyney, and outright utter lunacy that he spouts, then you might indeed be tempted to think that many Republicans would be … Read more Ted Cruz is ‘Lucifer in the flesh’, says former speaker John Boehner 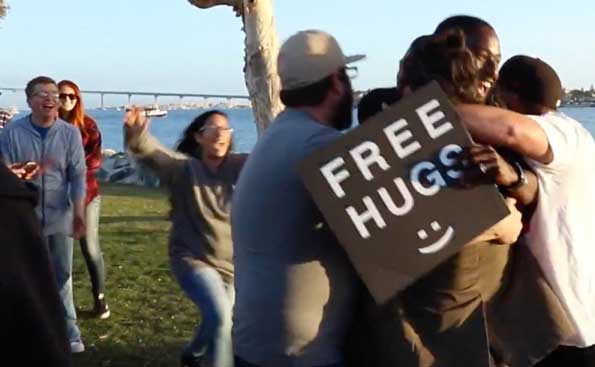 Here is a small fun and very practical demonstration of how things really are. Members of the #FreeHugsProject (yes, that is a real thing and has been so for 10 years), attended a Trump Rally, and of course they were welcomed with open arms? … er no, not exactly, but instead The Trump supporters behaved as you might anticipate … Read more #FreeHugsProject attends Trump and Sanders rallies – result tells you everything

Hey now this is interesting, the British Humanist Association has set up a facility that enables you to automatically send a series of questions to your local candidates. You start with their suggested text, but you can modify it of course You then enter your name, address and postcode. The system works out who is … Read more Election Time – BHA questions for your MP – #GE2015