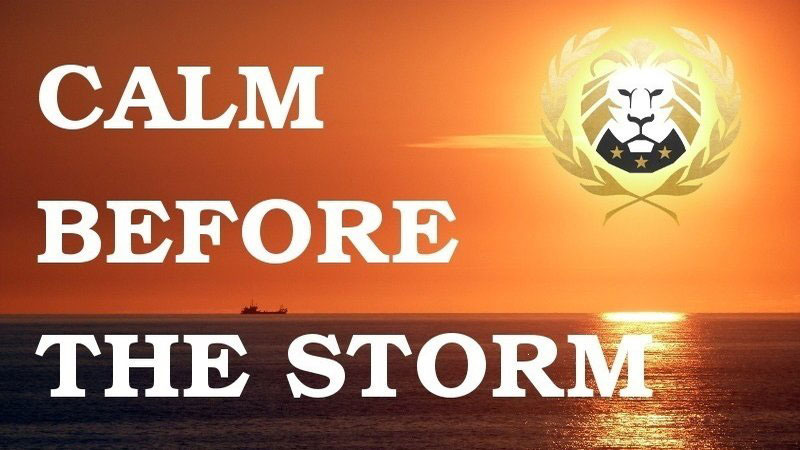 Remember that bizarre Roseanne Barr tweet that popped up not too long ago. It has been deleted because of all the flack it generated, so as a brief reminder, here is what she claimed …

President Trump has freed so many children held in bondage to pimps all over this world. Hundreds each month. He has broken up trafficking rings in high places everywhere. notice that. I disagree on some things, but give him benefit of doubt-4 now.

It was not an isolated tweet, but came in a series of related tweets.

The fact that Roseanne Barr did this should not be a surprise. As pointed out by a National Review article, she is a complete gold-plated grade-1 crackpot …

Barr has never met a conspiracy theory she didn’t love. She’s a 9-11 truther who believes that “Bush did it,” and she has called the Boston Marathon bombing one of many “false flag terror attacks” perpetrated by the Obama administration to “remove” the Second Amendment. For good measure, she also believes that the old man Bush killed JFK.

You can find YouTube videos of her rambling about “MK ULTRA Mind Control” on RT, and she seems particularly fond of the notion that the American ruling class is running some manner of pedophile sex cult. Her views on Jews and Israel fluctuate wildly — in the past, she has called Israel a “Nazi state” and alleged that Zionism was created by the Third Reich (or something — I challenge you to succinctly summarize the opinions expressed here), though more recently she’s taken to accusing Hillary Clinton of plotting Israel’s destruction and labeling aide Huma Abedin a “Nazi whore.”

So where did she get this Trump claim from?

What you are dealing with here is a source known as QAnon that is claimed to have secret inside knowledge of the Trump Administration. It consists of a series of often cryptic postings that is being lapped up by Trump supporters as “Truth”. QAnon’s postings are also referred to as “The Storm”. They supposedly detail the war by the Trump administration against the alleged “Deep State“.

So what is the “thinking” behind all of this?

The Washington Post explains the lunacy. Note that the word “lunacy” is not an exaggeration …

How, in March 2018, are we still talking about the “Pizzagate” conspiracy theory? After how that ended, are there still people who think that a huge legal conspiracy has protected a child sex slavery network used by the country’s most powerful people, from former Hillary Clinton campaign chairman John Podesta on down?

Absolutely, yes. As the Hill’s Will Sommer quickly explained, Barr had echoed a relatively new theory that grew out of Pizzagate — that the president is quietly cracking down on the pedophilia network and that special counsel Robert S. Mueller III’s probe of foreign meddling in the 2016 election is an extremely effective distraction from his real investigation of the Democrats tied to that network. We know this, or “know” this, because “Q,” an anonymous account on the 4chan message board, says so and claims to be a government operative with the highest level of security clearance.

Peel back the layers, and it gets weirder and weirder

Towards the end of 2017 Paris Martineau wrote about QAnon …

A new conspiracy theory called “The Storm” has taken the grimiest parts of the internet by, well, storm. Like Pizzagate, the Storm conspiracy features secret cabals, a child sex-trafficking ring led (in part) by the satanic Democratic Party, and of course, countless logical leaps and paranoid assumptions that fail to hold up under the slightest fact-based scrutiny. However, unlike Pizzagate, the Storm isn’t focused on a single block of shops in D.C., or John Podesta’s emails. It’s much, much bigger than that.

According to Q, Trump was never really involved with Russia, and isn’t actually under investigation by Mueller & Co. On the contrary, Q insists that it’s actually Clinton and Obama who were corrupted by Putin (and are now actually under investigation by Mueller) because they’re obviously just evil, money-hungry globalists who’ll do anything for the highest bidder. (Oh, yeah, and they’re also apparently into raping and killing children, though the crowd is split over whether this is because they’re satanists or just part of some weird blackmail scheme involving the CIA.)

… and morphs into this …

In this fantasy world, all of the far right’s wildest dreams come true: Q promises that Clinton, Obama, Podesta, Abedin, and even McCain are all either arrested and wearing secret police-issued ankle monitors, or just about to be indicted; that the Steele dossier is a total fabrication personally paid for by Clinton and Obama; and that the Las Vegas massacre was most definitely an inside job connected to the Saudi-Clinton cabal.

They believe all of this will be coming to a head any day now. That “The Storm” — of arrests, political turmoil, and Republican vindication — is coming.

In this alternative reality universe, Trump is both a Genius, and also their saviour.

There are literally hundreds of thousands of people gulping down this bullshit and happily declaring it to be the nectar of the Gods.

The Usual BS Promoters Pop up

Why is it gaining so much traction?

InfoWars, the website run by conspiracy theorist Alex Jones — who has a close relationship with Trump confidant Roger Stone — has consistently promoted it. Last month, Cheryl Sullenger, senior vice president of the anti-abortion group Operation Rescue, posted an article on the group’s website about an “intel drop” from Q revealing a White House plan to end Planned Parenthood. Sean Hannity retweeted a post with the #QAnon hashtag.

Claims regarding secret societies involved in nefarious child kidnapping for sacrifice or sex have been around for centuries. Go back to the middle ages and you find accusations being levelled against the Jewish community of kidnapping children to use their blood in secret ceremonies.

Why do such ideas go viral?

As Michelle points out …

You don’t create a wild fantasy about your leader being a covert genius unless you understand that to most people, he looks like something quite different. You don’t need an occult story about how your side is secretly winning if it’s actually winning. Publicly, many right-wing politicians and pundits disdain the Mueller investigation and pretend to believe that Trump’s ties to Russia are negligible. But among part of the Trump base, the effort to explain them away appears to be creating psychic strain.

The promises they bought into have turned out to be empty. The idea that Trump is effective is revealed to be a delusion by a completely dysfunctional administration that holds leaving parties for various appointees on an almost permanent basis. There is no sign of that wall, nor in fact do we see any swamp draining but instead observe swamp denizens being appointed to key positions and proceeding to demonstrate an astonishing degree of incompetence.

So how do you then cope with that reality after deploying rather a lot of emotional investment?

Easy, you just reject reality and instead buy into a fantasy about Trump being a secret genius at war with the nefarious deep state, and so you retain that deep emotional investment.

Unfortunately, what is scary about all of this is that some version of an Edgar Welch character just might be out there lapping up all of this and getting ready to act upon it. Beliefs often do lead to actions.

(Edgar Welch is the 28 year old who walked into a D.C. pizza parlor with an assault rifle and started shooting because he believed it was part of a child sex-trafficking ring run by Hillary Clinton)