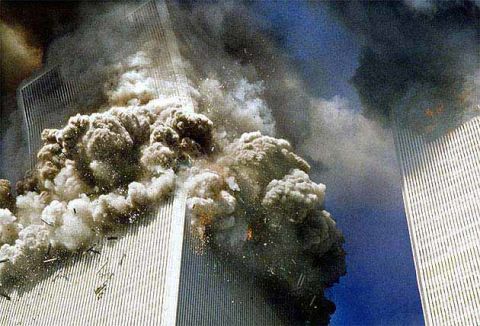 I’ve tended to fall into the habit of saying something regarding 9/11 when the anniversary comes around. It is imprinted upon my memory and I can still recall where I was when I was first told what was happening.

There are specific things we do know. The events are well documented, I need not rehash them. The motives of those that carried out the attack are also well documented. It was a conspiracy by the radicalised fanatics.

What is also popular, but not factual are the claims promoted by Richard Gage’s 9/11 Truth Movement. This is also wholly familiar to most and need not be rehashed in great detail. It is popular amongst conspiracy theorists but has negligible support from professionals in relevant fields, such as civil and aerospace engineering.

This is perhaps a cue for a true believer to pop up with a link to “Architects & Engineers for 9/11 Truth” or similar, and to reject the official NIST report as flawed. Mr Gage and others might indeed dismiss it, but the argument is not with you or me, but rather is with the community of subject matter experts. This wider community of experts in structural mechanics and structural engineering generally supports the explanation of the collapse of the World Trade Center buildings provided by the investigation conducted by NIST and don’t support Mr Gage.

Previous analysis of progressive collapse showed that gravity alone suffices to explain the overall collapse of the World Trade Center Towers. However, it remains to be determined whether the recent allegations of controlled demolition have any scientific merit. The present analysis proves that they do not. – Journal of Engineering Mechanics – Technical Paper

It is at times tempting to engage.

When faced with somebody who is quite sure, and asserts that you are being stupid for not believing what is to them obvious, you might be tempted to remedy it all by giving them the information they lack so that they can then understand that they have made an honest mistake.

What you will quickly discover is that you have embarked upon a game of whack-a-mole. As you debunk each claim, another and them another will be rapidly pop up to replace the previous one. Round and round you go until they eventually wear you down. Once you decide “enough” and simply move on, you leave behind somebody who is quite sure that they have won the argument.

The flaw with this form of engagement is the idea that there is just a bit of information missing or a misunderstanding, and by filling that gap all will be sorted. Unfortunately, that is not what is going on at all.

Is there something odd about people who believe this stuff?

The short answer is no. We humans are awash with many cognitive biases and so we are all at risk of buying into a belief in something that is not actually true at all. We all do that at some point to one degree or another.

I have covered this before in previous postings, but it is worth repeating. If you are going to have a meaningful discussion, then it is perhaps wise to first appreciate the following …

It has perhaps always been like this with humans. What is different about 9/11, and other more recent conspiracy ideas, is that since about the mid 2000’s the Internet has acted as an amplifier for such beliefs. That is perhaps well illustrated by Trump and the rise of alternative facts. There is a hard core that are too deeply invested and so have been rendered utterly immune to reason or basic empathy.

Why do conspiracy beliefs take root and flourish within human minds?

University of Miami political scientists Joseph E. Uscinski and Joseph M. Parent have a 2014 book on the topic titled “American Conspiracy Theories“. The basis for the book is the empirical data they gathered looking for patterns …

Joseph E. Uscinski and Joseph M. Parent draw on three sources of original data: 120,000 letters to the editor of the New York Times and Chicago Tribune from between 1890 and 2010; a two-wave survey from before and after the 2012 presidential election; and discussions of conspiracy theories culled from online news sources, blogs, and other Web sites, also from before and after the election. Through these sources, they are able to address crucial questions, such as similarities and differences in the nature of conspiracy theories over time, the role of the Internet and communications technologies in spreading modern conspiracy theories, and whether politics, economics, media, war, or other factors are most important in popularizing conspiratorial beliefs

Of immediate interest is this (from Page 11) …

“there is evidence that disasters (e.g., earthquakes) and other high-stress situations (e.g., job uncertainty) prompt people to concoct, embrace, and repeat conspiracy theories.”

In other words, when faced with a high-stress event such as 9/11, some people embrace beliefs, perhaps religious or perhaps simply a conspiracy, as an attempt to explain it, and so gain some degree of control over the emotional trauma. Because it is embraced at an emotional level, any debunking of the idea at an intellectual level will be ineffective.

I do find it fascinating that the 9/11 belief is akin to many religious beliefs and operates in a similar manner. Take for example the Catholic shrine of Lourdes where various miracles have supposedly occurred. As a skeptic you might think, “oh that’s very interesting, let’s take a look”. When you investigate what you discover is that the evidence is not quite as portrayed. Often it is vague, but has been endorsed by various “experts” who assure you of its reliability and yet nothing truly robust or compelling emerges. Instead a balance is struck such that it is just sufficiently compelling enough to convince those that already believe, but is not sufficient to convince any independent skeptical minded person seeking robust evidence.

It is perhaps part of our humanity that we are like this. The pattern seeking engine between our ears jumps to rapid conclusions as an attempt to explain what we encounter and we grasp that emotionally. Being able to do that gave us as a species a distinct survival advantage, hence that attribute has been naturally selected. If we are really going to address it and overcome it, especially now in the era of alternative facts, then we need to start thinking things through, not just at an emotional level which often leads to incorrect conclusions, but to also think things through analytically.

You really can’t tell people what is and is not actually true, but becoming conscious that we can all slip is perhaps the beginning of a road that enables us as individuals to seriously question things that we have previously accepted. In other words, don’t make statements, but instead ask questions, not just to others but to ourselves and work through things at an analytical level. We truly do need to equip ourselves to be able to rise to the challenge of myth-information and work out what is really true.

When faced with specific ideas, and it need not be just 9/11 claims, then here a few questions that might help.

If indeed you do truly believe and wish to label me an “idiot” for not believing what is apparently obvious to you, then you should seriously pause and ask yourself why not only I don’t, but why the vast majority of subject matter experts don’t.

Somebody just might pop up in the comments below to assure you that I’m quite wrong about all of this and just might perhaps cite the “journal of 9/11 studies” and/or YouTube clips to “prove” that NIST got it all wrong, that the commercial aircraft crashing into the towers had nothing to do with the collapse of the towers, and that it was really explosives.

For the record, the “journal of 9/11 studies” is not a credible peer-reviewed journal, it is crank reviewed.

Popular Mechanics: 10 Sep 2018: Debunking the 9/11 Myths: Special Report – The World Trade Center – They examine the evidence and consult the experts to refute the most persistent conspiracy theories of September 11.

5 thoughts on “Why do people believe 9/11 conspiracies?”