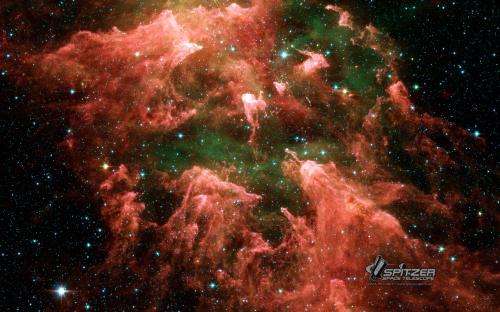 What exactly is dark energy?

Think of it as a placeholder. Something has been observed, and since there was nothing we knew about that could explain that observation, the term “Dark energy” emerged as an explanation.

The observation made in the 1990s was that the expansion of the universe was accelerating, and to explain why that was happening there was a hypothesis that some form of energy existed in all of space as the driving force. The term “Dark Energy” was then applied to this hypothesis. If correct, then it suggested that roughly 63% of all the energy in the entire universe was this unknown dark energy.

What evidence do we have?

There are multiple bits of evidence that point towards dark energy being real. In summary …

OK, so what’s the problem?

A new paper has been published within Nature entitled “Marginal evidence for cosmic acceleration from Type Ia supernovae“.

The paper itself is free to view, but the maths is daunting for the non-specialist, so to get a handle on what it is all about, here is just the abstract …

The ‘standard’ model of cosmology is founded on the basis that the expansion rate of the universe is accelerating at present — as was inferred originally from the Hubble diagram of Type Ia supernovae. There exists now a much bigger database of supernovae so we can perform rigorous statistical tests to check whether these ‘standardisable candles’ indeed indicate cosmic acceleration. Taking account of the empirical procedure by which corrections are made to their absolute magnitudes to allow for the varying shape of the light curve and extinction by dust, we find, rather surprisingly, that the data are still quite consistent with a constant rate of expansion.

Basically, there is now a far larger list of Type Ia supernovae, and so when you apply calculations to this larger dataset, the result is not quite as expected.

Actually the real problem here is that the press have picked this up and spun it up into something it is not.

Is this a game changer?

No, not really, it simply introduces doubt and reduces the degree of confidence – to be clear, this is not a definitive “No Dark Energy” claim.

If you read the stories in the press, then you find titles such as …

No Dark Energy exists and Universe not expanding at accelerated rate: Study

But much of that is spin, because this study has not actually established that.

Professor Sarkar from Oxford University’s Department of Physics, the lead author, has observed …

We analysed the latest catalogue of 740 Type Ia supernovae – over ten times bigger than the original samples on which the discovery claim was based – and found that the evidence for accelerated expansion is, at most, what physicists call “3 sigma”. This is far short of the “5 sigma” standard required to claim a discovery of fundamental significance

In other words, what has actually happened is that what they did resulted in a lower degree of confidence that the expansion of the universe is accelerating. There is also criticism from subject matter experts regarding what the did being valid but hold that thought for a moment, we will get back to that.

Firstly, the initial problem here is that Dark Energy does not entirely hang or fall with the analysis of the Type 1a supernovae alone, there were those other four items I listed that would also need to be explained as well. When asked about all of that, Professor Sarkar did a bit of hand-waving and dismissed it all …

All of these tests are indirect, carried out in the framework of an assumed model, and the cosmic microwave background is not directly affected by dark energy. Actually, there is indeed a subtle effect, the late-integrated Sachs-Wolfe effect, but this has not been convincingly detected.

… well yes, but he also needs to consider the possibility that he also might be wrong. He really cannot just brush it all under the carpet like that.

How has the wider community responded?

Is this the end of the Dark Energy saga and the beginning of a complete rethink?

This week, a number of media outlets have put out headlines like “The universe is expanding at an accelerating rate, or is it?” and “The Universe Is Expanding But Not At An Accelerating Rate New Research Debunks Nobel Prize Theory.” This excitement is due to a paper just published in Nature’s Scientific Reports called “Marginal evidence for cosmic acceleration from Type Ia supernovae,” by Nielsen, Guffanti and Sarkar.

Once you read the article, however, it’s safe to say there is no need to revise our present understanding of the universe. All the paper does is slightly reduce our certainty in what we know—and then only by discarding most of the cosmological data on which our understanding is based. It also ignores important details in the data it does consider. And even if you leave aside these issues, the headlines are wrong anyway. The study concluded that we’re now only 99.7 percent sure that the universe is accelerating, which is hardly the same as “it’s not accelerating.”

So the “Dark Energy” hypothesis remains essentially intact, and we do not know what it is …. yet.