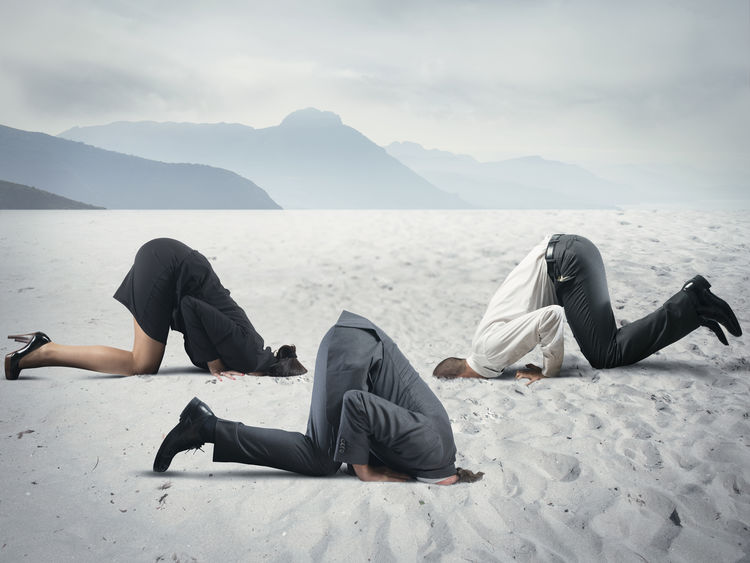 David Rose has penned yet another of his scoops for the Mail On Sunday that claims to blow the lid on what he claims is a global Climate Change conspiracy. His article entitled “Exposed: How world leaders were duped into investing billions over manipulated global warming data” makes the following claims …

Sounds amazing and dramatic. There is however one little flaw … none of it is actually true.

Is Mr Rose a reliable source?

When it comes to the topic of climate change, then no, he is not. I do need to be fair here and point out that when it comes to topics such as human rights, miscarriages of justice, the death penalty, and racism, he writes good stuff. Alas, Climate Change is a bit of a blindspot for him and this is where he has an on-going track record of some rather shoddy work because he tends to rely upon rather dubious sources. This is all perhaps best summed up via this quote from his Wikipedia page …

His journalism on climate has been criticised by environmentalists for an over-reliance on unsound and unscientific sources.[30] Rose has also been criticised repeatedly by the United Kingdom’s national weather service, the Met Office.[31][32][33][34]

OK, so on to his latest article.

There are two very fundamental problems with the Mail’s article, so let’s examine each in turn.

The foundation that his latest climate change conspiracy theory rests upon is Data Science, Climate and satellites Consultant John J Bates who worked for NOAA but has now retired from that position. Within his article he claims that his source verified that a report issued by NOAA was fudged to contain fake data and thus dup world leaders into spending billions to address a problem that does not exist.

There is fundamental problem here.

Mr Bates, was not part of the team that created the report and never attended any of the internal NOAA meetings associated with the land or marine data that he criticises. Peter Thorne, who was, verifies this …

The ‘whistle blower’ is John Bates who was not involved in any aspect of the work. NOAA’s process is very stove-piped such that beyond seminars there is little dissemination of information across groups. John Bates never participated in any of the numerous technical meetings on the land or marine data I have participated in at NOAA NCEI either in person or remotely. This shows in his reputed (I am taking the journalist at their word that these are directly attributable quotes) mis-representation of the processes that actually occured. In some cases these mis-representations are publically verifiable.

There are many other aspects of the piece that I disagree with. Having worked with the NOAA NCEI team involved in land and SST data analysis I can only say that the accusations in the piece do not square one iota with the robust integrity I see in the work and discussions that I have been involved in with them for over a decade.

Do other insiders have any further insights into what is really going on here?

Ars talked with Thomas Peterson, a co-author on the Karl paper who has since retired. Peterson provided some useful context for understanding Bates’ allegations. The satellites that Bates worked with were expensive hardware that couldn’t be fixed if anything went wrong after they were launched. The engineering of the software running those satellites sensibly involved testing and re-testing and re-testing again to ensure no surprises would pop up once it was too late.

Bates expected the same approach from his surface temperature counterparts, but Peterson explained that their work with weather station data was not nearly so high-stakes—problems could easily be fixed on the fly. The engineering-style process NOAA was using for endlessly double-checking the software for all dataset updates could drag on for quite a long time—years, in fact—and Bates opposed any attempt to speed this up. Peterson and other scientists were naturally anxious to incorporate changes they knew were scientifically important.

Bates alleges that the Karl paper was “rushed” for political reasons, but Peterson said the reality was that NOAA was well behind the times, waiting to include known improvements like additional recording stations in the rapidly warming Arctic. “I had been arguing for years that we were putting out data that did not reflect our understanding of how the temperature was actually warming—[for] literally years we slowed down to try to account for some of these processing things that we had to do,” Peterson said. (At the time of the Karl paper, NOAA’s dataset showed less warming in recent years than other datasets, like NASA’s.)

Bates also claims that there were bugs in the land station database software that were ignored in the Karl paper. But according to Peterson, the slight day-to-day variability seen in the software’s output was simply the result of the fact that new data was added every day. Stations that straddled statistical cut-offs might fall on one side of the dividing line today, and on the other side tomorrow. There was nothing wrong with the software, they realized. It was just silly to re-run it every single day.

There may also be something beyond simple “engineers vs. scientists” tension behind Bates’ decision to go public with his allegations. Two former NOAA staffers confirmed to Ars that Tom Karl essentially demoted John Bates in 2012, when Karl was Director of NOAA’s National Centers for Environmental Information. Bates had held the title of Supervisory Meteorologist and Chief of the Remote Sensing Applications Division, but Karl removed him from that position partly due to a failure to maintain professionalism with colleagues, assigning him to a position in which he would no longer supervise other staff. It was apparently no secret that the demotion did not sit well with Bates.

Everything does not hang off just one NOAA report, independent checks and balances do exist.

The NOAA results have been validated by independent data from satellites, buoys and Argo floats and that many other independent groups, including Berkeley Earth and the UK’s Met Office Hadley Centre. They get effectively the same results.

The best rebuttal to it all (so far) is by Zeke Hausfather, a climate scientist and energy systems analyst at Berkeley Earth. He goes through it all step by step and explains exactly why Mr Rose’s article is complete nonsense.

Rose’s claim that NOAA’s results “can never be verified” is patently incorrect, as we just published a paper independently verifying the most important part of NOAA’s results. 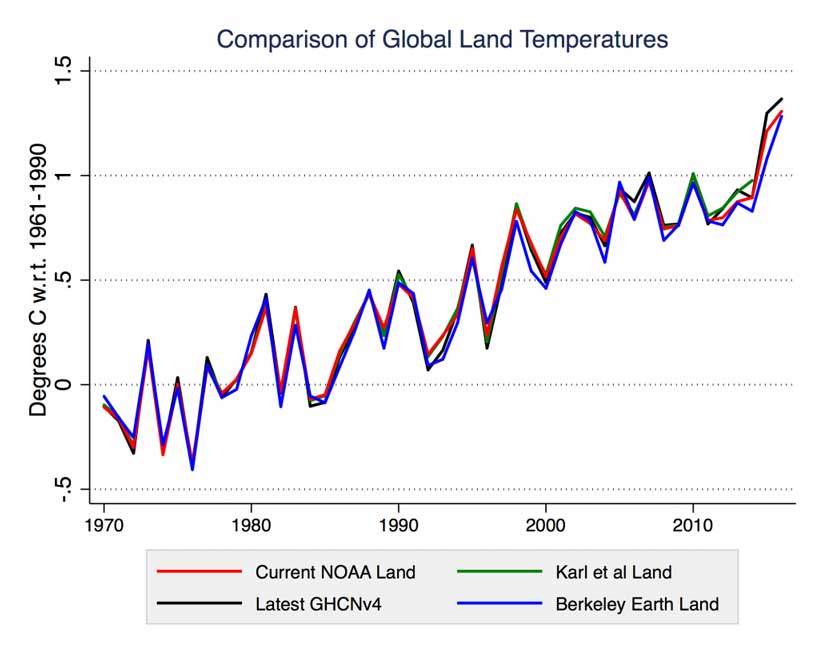 Here are a few more quick sound bites from that article to give you a quick flavour of it all.

John Kennedy, a researcher at the UK’s Met Office in charge of their ocean temperature product, agrees that NOAA’s new record is probably the most accurate in the last two decades, remarking: “At a global scale, those adjustments really do seem to work and the ERSSTv4 adjustments [NOAA’s new record] work best of all.”

… If folks don’t like the NOAA data, they will get the exact same story using surface temperature data from any other group, with no detectable sign of a “hiatus” or “pause” through to the present.

…there is strong independent evidence that NOAA’s new record may be the most accurate one over the last two decades, at least for the two-thirds of the world covered in ocean.

Should we pay any attention to Mr Rose’s article?

In one sense, yes, because if not wholly addressed and debunked, then the misinformation it contains will be spun by those with a specific anti-science agenda, namely the incoming Trump administration.

Hilarious screw up by @DavidRoseUK and #FailOnSunday
1st picture is 'evidence' of misconduct, 2nd shows diff when baselines are correct. pic.twitter.com/R5VsqqlNHr