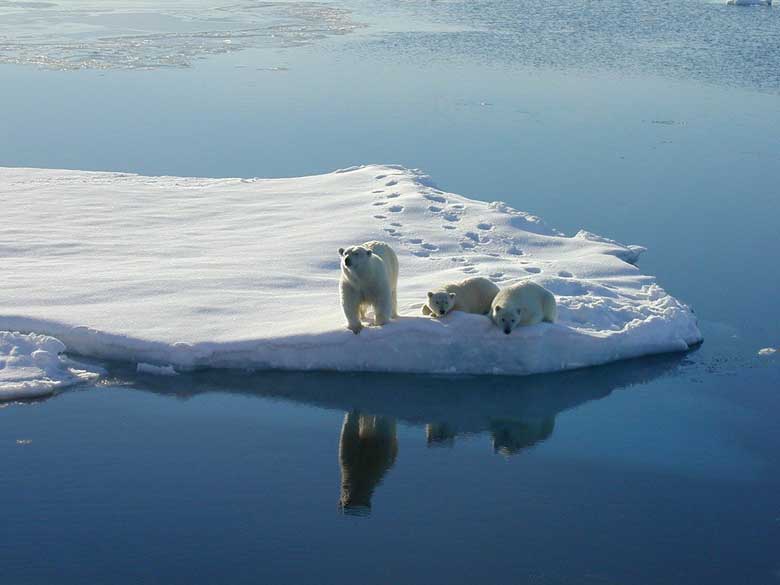 Each month the National Snow & Ice Data Centre (NSIDC) issues an updated #Arctic Sea Ice update, and this week the January 2017 update has been published.

2016 has been and gone, and with it the impact of the cyclic El Niño warm phase has also passed. You might perhaps speculate that some will latch on to that and suggest that arctic ice growth will rapidly rebound. You would be right of course. As an example here is a claim by Australian Climate Change denier Anthony Watts that popped up towards the end of 2016..

Since hitting its earliest minimum extent since 1997, Arctic sea ice has been expanding at a phenomenal rate. Already it is greater than at the same date in 2007, 2008, 2010, 2011, 2012 and 2015. Put another way, it is the fourth highest extent in the last ten years. Even more remarkably, ice growth since the start of the month is actually the greatest on record, since daily figures started to be kept in 1987.

(about here is the right place to roll your eyes).

OK, so let’s fact check and see if indeed the #Arctic sea ice has indeed bounced back, what does the latest NSIDC update tell us, has January been a normal Arctic January, and was 1997 the lowest ever recorded?

To be a bit more specific, the record for the lowest ever sea ice extent ever recorded in a January was held by 2016. That is no longer true, because January 2017 established a new low …

Ice growth stalled during the second week of the month, and the ice edge retreated within the Kara and Barents Seas, and within the Sea of Okhotsk. After January 16, extent increased at a more rapid pace, but the rate of ice growth was still below average for January as a whole. For a few days towards the end of the month, the extent was slightly greater than recorded in 2006, a year which also saw many record low days in January

A point to note is that January is the middle of winter in the Arctic, and yet ice growth not only stalled, but the ice edge retreated in some places.

To ensure we have full clarity here, the Y axis on the graph within the above tweet does not start with zero. It illustrates the downward trend, and is not telling you that we will soon have no January sea ice. That is where the minimum is indeed heading, but not in mid winter …. yet.

The Winter of Blazing Discontent Continues in the #Arctic – #ClimateChange https://t.co/qtbdDhavKH