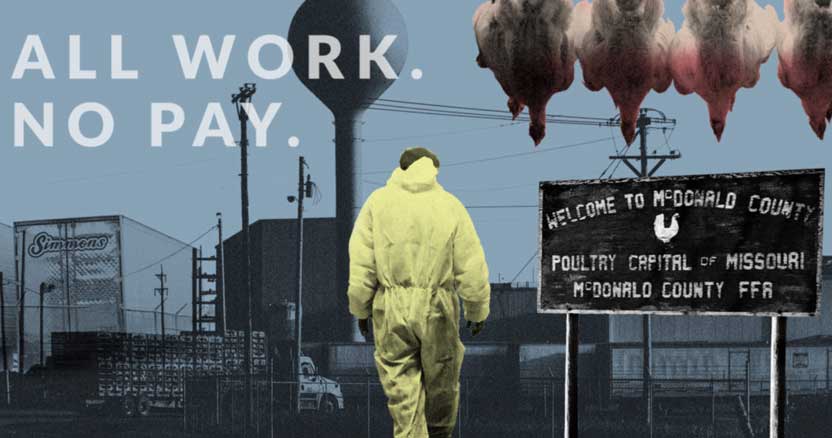 You might wonder if I ever reach a point where I am not actually shocked by some of the truly weird things that are inspired and justified in the name of religion. I do confess that I wonder if such a point will ever be reached, and yet when tempted to think along those lines, then items such as No 2 below emerge.

It is also no surprise to see references to Las Vegas popping up as well, hence items 1 and 3 relate to the utterly tragic events that unfolded there.

Without any further preamble, here is my personal choice for this week’s top 3 items of religiously inspired lunacy.

It has been a few weeks since Pat Robertson popped up. If familiar with who he is and his past track record then you will perhaps appreciate that it is perhaps inevitable that he will do so at some point. We know that past behaviour is always a strong indication of future behaviour, and we also know that he often comes out with weird things on his weekly TV show, so it is not exactly a shock to discover that his explanation for the mass shooting in Las Vegas is utterly bizarre.

Well gosh, there you go then, the problem is lack of respect for the pussy-grabbing idiot-in-chief and also not enough people believing stuff that is not actually true. The thought that free and easy access to powerful automatic weapons might have something to do with it is not a problem at all from Mr Robertson’s viewpoint.

If we take Mr Robertson’s thought to the next level and make the observation that he never respected Obama, can we then ask Mr Robertson if he feels personally responsible for all the mass shootings that happened during the Obama years?

Item 2 – Slavery in Modern USA run under the “Christian” banner 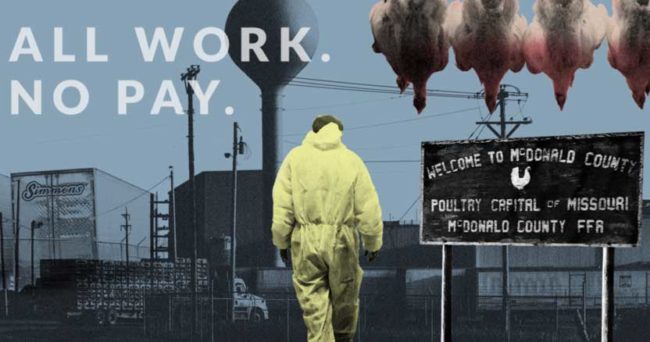 On 4th Oct Amy Julia Harris and Shoshana Walter, published a very revealing insight into CAAIR (Christian Alcoholics & Addicts in Recovery). It is a quite frankly astonishing story of how a supposed rehab program is being used as a source of slave labour and not for rehab at all.

Entitled “They thought they were going to rehab. They ended up in chicken plants“, and reveals how slavery is alive and thriving in the US today …

in the rush to spare people from prison, some judges are steering defendants into rehabs that are little more than lucrative work camps for private industry, an investigation by Reveal from The Center for Investigative Reporting has found.

The programs promise freedom from addiction. Instead, they’ve turned thousands of men and women into indentured servants.

… Chicken processing plants are notoriously dangerous and understaffed. The hours are long, the pay is low and the conditions are brutal.

Men in the CAAIR program said their hands became gnarled after days spent hanging thousands of chickens from metal shackles. One man said he was burned with acid while hosing down a trailer. Others were maimedby machines or contracted serious bacterial infections.

Those who were hurt and could no longer work often were kicked out of CAAIR and sent to prison, court records show. Most men worked through the pain, fearing the same fate.

“They work you to death. They work you every single day,” said Nate Turner, who graduated from CAAIR in 2015. “It’s a work camp. They know people are desperate to get out of jail, and they’ll do whatever they can do to stay out of prison.”

This is not helping these people by any measure or standard, it is pure unadulterated abuse.

Item 3 – Creationist Kent Hovind: The Vegas Massacre Was a “False Flag” To Take Away Our Guns

Kent Hovind, the creationist who has faced a long string of criminal proceedings (he started a 10 year jail sentence in 2007), is once again popping up with an absurd claim that has exactly zero credible evidence.

Side note: He claims the title “Dr”, but he is not entitled to do that, his degree is from an unaccredited degree mill, even his supposed accreditation is fake.

Via the Friendly Atheist …

… One guy did not fire all those rounds. There’s a thousand things about this… for instance, all the pictures they show of the blood, the blood is still red! That’s movie blood… to make it look… the blood turns brown or dark after a short time of being out of the body!

… Now there were people shot and killed. But the whole purpose of that thing that happened in Las Vegas is to take away the guns. The Second Amendment has always been an obstacle to those… I cover in my video #5 of my award-winning video series all the different countries through history that have used gun control as a means of mass extermination like Hitler and the Jews…

… Where are all the shell casings? Wouldn’t those hot shell casings burn holes in the carpet? Show us that burned carpet from the hotel, please. How come none of the maids that came up there and cleaned the room every day saw what was going on? Don’t you think they would’ve noticed something? Thousands of rounds of ammunition? And why did all the people say there’s flashes coming from several spots on the hotel?…

Bill Ludlow does a quick job of rebutting some of those arguments in the video below.

As Ludlow accurately points out, the pictures often show red blood because they were taken moments after the massacre. And if people actually died, as Hovind admits, how is this a false flag?! It’s also disturbing that Hovind uses the massacre to promote his video series…

Ludlow didn’t mention this, but the reason the maids didn’t notice anything in the shooter’s room was that he put a “Do Not Disturb” sign on the door for three days prior to the shooting. The flashes coming from other parts of the hotel were likely strobe lights (seen long before the shooting). And the shell casings were all over the floor of the hotel room, with one officer even saying, “You couldn’t step anywhere without stepping on dozens of shells… The room was full of brass shells.”

Not that facts matter to Hovind.

He’s not exactly known as a deep thinker. Even calling him a shallow thinker is too generous. He’s the guy whose doctoral thesis from the unaccredited Patriot Bible University opens with the line, “Hello, my name is Kent Hovind.”

Just when you thought Hovind couldn’t get any more despicable, he finds a way to prove us wrong. It’s the only proof he ever has.

I will perhaps add that it is more than a little bit odd to be claiming that the very pro gun and pro NRA Republican party that holds power in all three branches of government, orchestrated the shooting in Las Vegas to justify taking guns away from people. I’m really not convinced that Mr Hovind is the sharpest tool in the box.