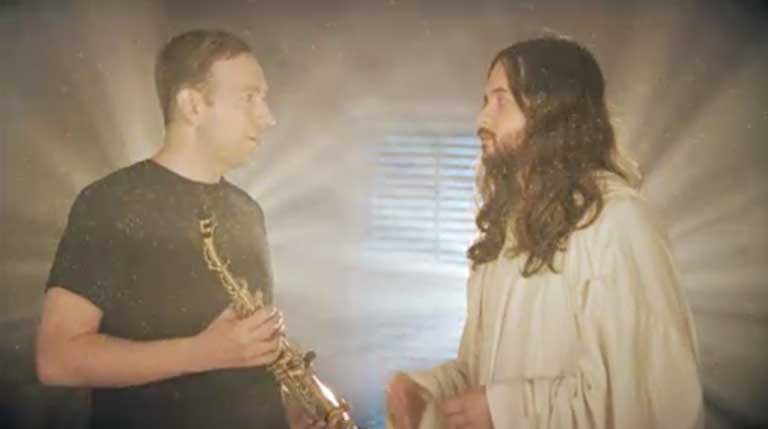 When faced with the various claims asserted by those that believe you can’t help but conclude that it is not as such a test of faith but is instead a gullibility test.

Below are three items that popped up[ in the news cycle during the past seven days. What perhaps is rather scary is that there are people who will listen to item 1 and take it at face value.

Item 1 – Jesus Taught Me How to Play Soprano Saxophone While I Was Dead, Says Christian 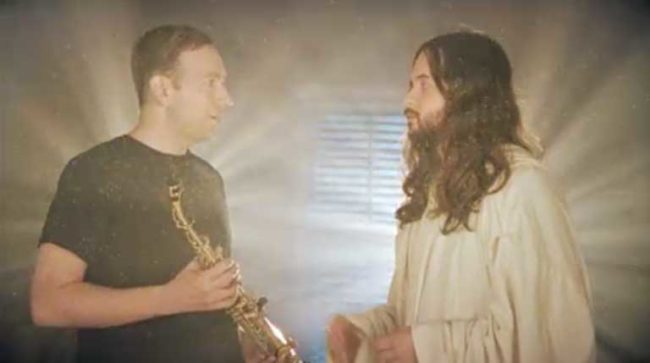 This week’s guest was Kevin Zadai, a man who says he died during a dental procedure and went to Heaven… only to return to Earth to teach everyone about prayer.

But that’s not all! Around the 18:35 mark of the video below, Zadai talks about how Jesus also gave him music lessons during his brief death… but Jesus was not happy with the way Sadai played his saxophone, so He visited in the middle of the night to offer a refresher course. (Seriously.)

… [Jesus] told me that I didn’t have enough depth in my prayers, that I didn’t have enough access to the depths of my heart, and He explained it… In Psalm 16, David wrote that, prophetically, for me, He said. Jesus said that David wrote that Psalm, and He memorized that Psalm, because when He was in the depths of Hell, He said He rehearsed that Psalm over and over again, and He said, “I cleared a way out in that place for you, and for everyone, in Messiah, to pray from those depths.”

He said, “I prayed Myself out of Hell because I had the Psalm 16, and I prayed that continually, and then the Holy Spirit came and resurrected me.” And he said, “When you pray, you pray with that kind of a fervency, where you know who you are based on the scripture.” Because He said, “I had no witness when I was down there. I had no Holy Spirit help.” He said, “If the Father had not given the command,” he said, “I would sit down there until He gave the command for Me to be resurrected. That’s how much I trusted Him.” He said, “That’s where you pray from. You pray from those depths. That trust.”

[ROTH: And then He visits you and taught you how to play! But what kind of sax did he have?]

It was interesting, because there’s several types of sax. This one…[ROTH: I think in terms of a sax that’s kinda curved…]

Yes! And I have all of them, but this particular one He had was a soprano sax. It was a beautiful gold saxophone, and I was sleeping at the time, and I heard something, so when I woke up, He was standing there, and He had this saxophone in His hands, and He started to play it over me… He took it away from His mouth and handed it to me and He said, “You play.” And I go, “Lord, I can’t play like that!”

He said, “That’s because you’re doing it wrong.” He said, “Let me show you.” He said, “Stand up.” So I stood up. My wife was still sleeping. And I looked around and He goes, “See all that around you?” He said, “That’s the Holy Spirit and the presence and glory of My Father.” He said, “That’s always there.” He said, “What’s wrong is that you’re not breathing in Heaven first.” He said, “Breathe that in first, and then blow it through your horn, and it’ll work out just fine.”

So I took a big breath and all this gold air around me went inside of me, and I put that horn that He handed to me in my mouth, and I blew, and it was exactly like Jesus had played.

You believe all this is 100% fact, and something you saw on a TV show that is principally driven by the need for ratings would not play pretend … right?

The news from here is this … 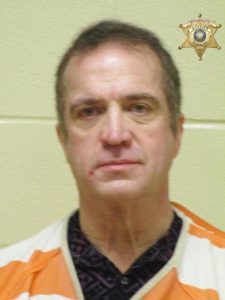 A former Bossier Parish pastor has been arrested after admitting to police he had meth at his Bossier City home.

Andy C. Harris, 56, of 2406 Benton Road in Bossier City, was charged with possession of a Schedule II controlled dangerous substance (methamphetamine) and possession of drug paraphernalia.

Harris was the senior pastor at The Church of the Cross, an Assemblies of God congregation perhaps best known for the 199-foot exterior cross it erected in 2009 on its property along U.S. 80 in Haughton.

David Mcafee comments on this and makes an interesting observation …

This is the same man who claims to represent some divine moral lawgiver, and who fought to erect a then-illegal cross monument to draw more attention to the church.

It was under Harris’ administration that the 199-foot-tall cross was erected on church property in the Interstate-220/Interstate-20/US Highway 80 triangle. The cross — which in the United States is only shorter than one in Corpus Christi, Texas (210′) and St. Augustine, Florida (208′), was not without controversy.

As pastor of the then Central Assembly of God Church, Harris made an impassioned plea to the Bossier Parish Police Jury in October 2008, after the project was turned down by the Metropolitan Planning Commission, threatening to file a suit in District Court.

At the time, the area wa[s] zoned R-A Residential Agriculture District, and the maximum height allowed under that designation was 45′.

Harris reportedly used political pressure to get the nearly 200-foot religious monument approved, despite the fact that local law put a cap on anything even a quarter of that height. He didn’t care about the law then, and it’s clear things haven’t changed now.

The New York Times writes about how the uncritical support for a dishonest racist by white evangelicals is motivating those in their midst to walk away and disassociate themselves from it all.

Black congregants — as recounted by people in Chicago, Los Angeles, Atlanta, Fort Worth and elsewhere — had already grown uneasy in recent years as they watched their white pastors fail to address police shootings of African-Americans. They heard prayers for Paris, for Brussels, for law enforcement; they heard that one should keep one’s eyes on the kingdom, that the church was colorblind, and that talk of racial injustice was divisive, not a matter of the gospel. There was still some hope that this stemmed from an obliviousness rather than some deeper disconnect.

Then white evangelicals voted for Mr. Trump by a larger margin than they had voted for any presidential candidate. They cheered the outcome, reassuring uneasy fellow worshipers with talk of abortion and religious liberty, about how politics is the art of compromise rather than the ideal. Christians of color, even those who shared these policy preferences, looked at Mr. Trump’s comments about Mexican immigrants, his open hostility to N.F.L. players protesting police brutality and his earlier “birther” crusade against President Obama, claiming falsely he was not a United States citizen. In this political deal, many concluded, they were the compromised.

“It said, to me, that something is profoundly wrong at the heart of the white church,” said Chanequa Walker-Barnes, a professor of practical theology at the McAfee School of Theology at Mercer University in Atlanta.

… “Everything we tried is not working,” said Michael Emerson, the author of “Divided by Faith,” a seminal work on race relations within the evangelical church. “The election itself was the single most harmful event to the whole movement of reconciliation in at least the past 30 years,” he said. “It’s about to completely break apart.”

This should not be a surprise. These “loving” evangelicals are the same people who spent eight years pretending that Obama was not really a Christian at all because of his radical insistence on being black, and now assert that a porn-star loving white racist who has never cracked open a bible actually is.