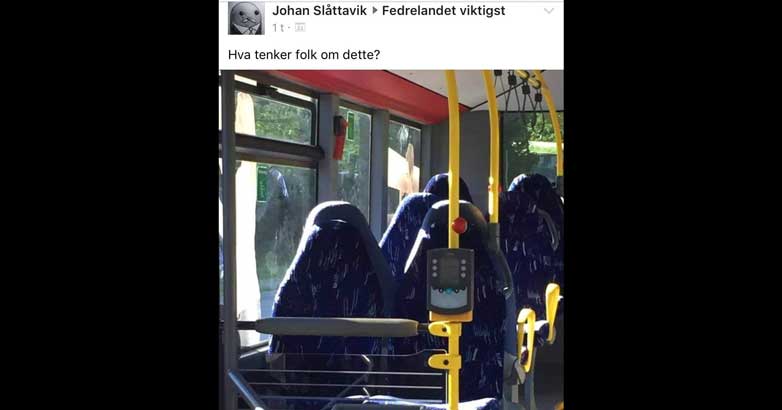 In a media context, summer is the UK is often referred to as the silly season, a time when frivolous news stories emerge. Other terms include “slow news season” or “dog days of summer”. Its understandable because people are on vacation and parliaments are in recess, hence the activities that generate a lot of media content have dried up.

There is one exception to this. In a religious context, there is no distinct silly season because every single week in the year, and that includes the summer, often throws up many examples.

Here is my personal selection of the top three from the past seven days. 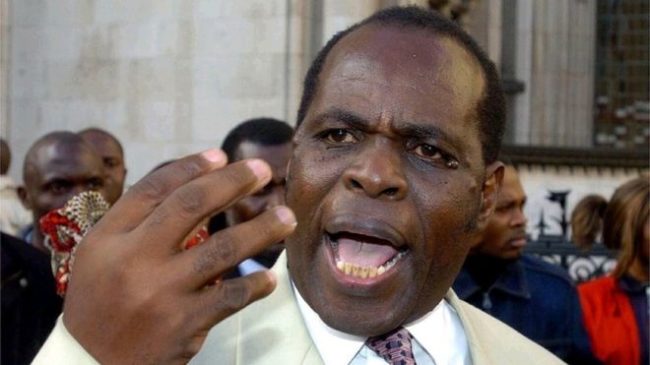 The BBC reports that this vile crook and religious fraud has finally be sent back to Kenya to face justice.

The background story is that this guy ran a church in London that offered “Miracle Babies” to Desperate women. Some of them were past the menopause and others were infertile. They were convinced that being prayed for by Mr Deya and then travelling to Kenya would result in a child.

What happened in Kenya is quite frankly appalling. As explained by the BBC …

Once there, they were convinced by Mrs Deya and others that they were experiencing labour and taken to illegal clinics where they believed they had given birth.

But they were actually given babies which had been taken from local women.

In 2007, his wife, Mary, was sentenced to two years in prison in Kenya after being convicted of stealing a baby.

In 2011, she was sentenced to three years in jail after being convicted of stealing another child.

When Mr Deya was challenged to his face by a BBC reporter about what was going on, he simply touted out bold religious nonsense …

When the BBC asked Mr Deya during its 2014 investigation how he explained the births of children with DNA different to that of their alleged parents, the 65-year-old Mr Deya said: “The miracle babies which are happening in our ministry are beyond human imagination.

“It is not something I can say I can explain because they are of God and things of God cannot be explained by a human being.”

For quite some time he stayed put in London and refused to return to Kenya to face charges, but now justice has finally caught up with him. The Kenyan authorities have finally managed to extradite him.

What truly warms the heart from that BBC story is this …

His Gilbert Deya Ministries is being investigated by the UK Charity Commission for alleged mismanagement.

“Our statutory inquiry into Gilbert Deya Ministries is ongoing. We are currently considering the implication of Gilbert Deya’s extradition on our investigation,” the commission said in a statement.

Kenya’s police spokesman Charles Owino told the BBC that Mr Deya had arrived in Nairobi aboard a Kenya Airways flight following his extradition.

So there you go then, item 1 turns out to be a bit of good news.

Over in Norway one chap, as a joke, posted the following picture within a Norwegian facebook group that was an extremely rightwing anti-immigrant group (The translation of the group name is Fatherland First) … 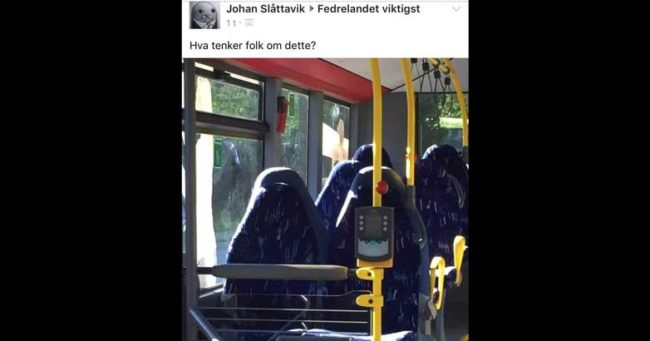 While indeed if you give it a quick glance, it does indeed look like some women wearing burqas, but this is just a picture of some empty bus seats.

The reaction was exactly what you might anticipate, and the media focused on that. Here for example is what the Washington Post article on it all had to say …

For many members of the group, which is called “Fedrelandet viktigst” or “Fatherland first,” the image encapsulated the problems Norway was facing after an influx of Muslim immigrants in the past few years.

… Some group members took the picture — posted with the comment, “what do people think of this?” — as proof that a ban was needed. More than 100 soon commented on it. “It looks really scary, should be banned. You can never know who is under there. Could be terrorists with weapons,” one user wrote, according to a translation from the Local website. Others described it as “frightening” and “tragic.”

If indeed you are afraid of empty bus seats, then there is clearly something wrong with you.

Just to confirm that this was indeed a prank, the poster of the image gave an insight on his thinking about it all. He explained …

Johan Slattavik, the user who initially posted the photographs to Fedrelandet viktigst, told WorldViews in a Facebook message that he had been bored one night so he decided to play “a little practical joke.” Slattavik said he was curious to see how people would react. “I laid out the photo to see what happened,” he said, adding that he was shocked so many people fell for it.

“I ended up having a good laugh,” Slattavik said.

It went viral and so has been picked up by the media because somebody spotlighted it ….

another Facebook user named Sindre Beyer posted images of the exchange to his own Facebook page. “What happens when a photo of some empty bus seats is posted to a disgusting Facebook group and nearly everyone thinks they see a bunch of burqas?” Beyer wrote, along with two embarrassed emoticons.

Beyer’s images of the “Fedrelandet viktigst” Facebook were widely shared, attracting more than 1,600 shares and almost 3,000 likes. Many mocked the anti-immigrant tone of the original comments. “Then it is proven: The meanest are also the stupidest,” wrote one. Another offered their own interpretation of the image: “Think I passed the test, since the first thing I saw was a bunch of Darth Vaders.”

Beyer told Norwegian news outlet Nettavisen that he had shared it so “people could see what’s happening in the dark corners” of the Internet.

There are a couple of key points here.

Firstly, this is not about legitimate criticism of immigration policies, but instead is actually criticism of blind racism and xenophobia. There really is a difference.

Secondly, when it comes to dress codes, then for some this is a truly difficult challenge, but it really is not a complex issue at all. If there is to be any kind of a ban then I suggest that banning lawyers from poking those noses into the wardrobes of women might be a good place to start. Dictating how people should and should not dress, within either an Islamic context or a non-Islamic context, will do nothing except alienate and antagonise.

Item 3 – Jim Bakker: Over the Next “Hellish 42 Months,” You’ll Want My Buckets of Food

No week is complete without Mr Bakker popping up and deploying religious fear to try and sell the gullible his buckets of food.

Jim Bakker dedicated most of his television program yesterday to pitching his latest line of survival food buckets, warning that opposition to President Trump is a sign that the End Times is rapidly approaching and that humanity will face “a hellish 42 months on planet Earth” when it arrives. Those who have prepared, he said, will be able to resist having to sell their souls to the Antichrist for food.

“The news is crazy,” Bakker said. “Evil, evil, evil. And how they’re trying to destroy the president and his family, God is speaking to me about it. What He is saying is He is going to send judgment and He’s going to judge some people.”

… “The only thing that you are going to want when these times come is going to food to eat and that’s why we’ve spent our ministry, for the last years, putting together this food for survival.”

A couple of years ago NPR bought a sample and tried it. Apparently it really is truly vile …

They taste, he says, like, “paper-mache,” “a bathroom at a bar at the end of the night in a college town,” and, simply, “one of the worst things I’ve ever eaten in my life.”

If indeed you actually buy his giant food buckets (for $1500), and actually start eating it, then trust me on this, the next 42 months of your life will indeed be hellish for you.

Quote of the week

Herald Newman has a few thoughts on those that use Bayes theorm to “prove” that Jesus really did rise for the dead:

As somebody with a degree in mathematics, I look in disgust at every apologist who tries to use Bayes theorem to “establish the likelihood of the resurrection.” Bayes theorem requires that we have an established background probability, and as far as I know, the dead stay dead. The background probability of coming back from the dead (after more than a few minutes) is 0.

Ask any school child and they’ll tell you that zero times anything is always zero. Just more apologists trying to pull the wool over the eyes of their math ignorant flock.