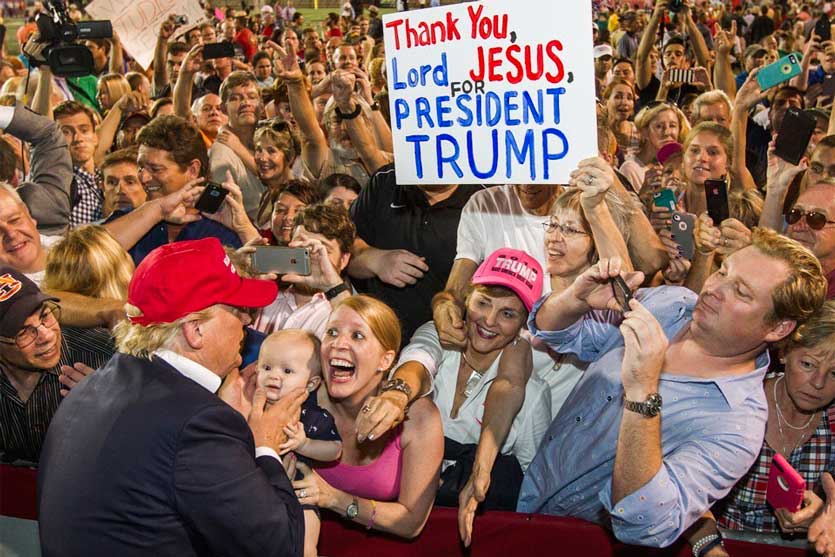 Rather than focusing down on just one specific event, I’ve instead focused upon emerging patterns and trends.

Item 1 – Evangelical Support for the Pussy-grabber-in-chief

If I used the term “Pussy-grabber” or “idiot-in-chief” you know immediately to whom I refer, you don’t need to pause and ponder over such terms to see if you can work it out. You might perhaps think that it betrays my political leanings, but there are also Republicans who take the same view. Perhaps you don’t agree, but remember that he himself confirmed it and he is on tape boasting about being a sexual predator. As for being an idiot, you can pick almost any day in the past year and look to see what he tweeted, and so once again, he more or less self-certifies that as well.

Terms such as honesty and integrity are now a distant memory within the Oval office. No, that’s also not a one-sided opinion either, the media has been doing their job and keeping track. The Washington Post has a list and can verify that Trump has made 1,628 false or misleading claims over 298 days.

What is perhaps rather astonishing is not just that this has happened, but rather that there is one community that are very vocal supporters of him, and still continue to do so in the rather bizarre belief that he is God’s chosen man. If that was actually true then one could only conclude that the supposed manufacturer of the entire universe is a real dick.

The observation is that 4 out of 5 white evangelicals voted for him and have continued to be the foundation for his support, here this observation is Item 1 for the past year. To be totally fair, not everybody within that camp has happily sacrificed their ethics. Some have had the decency and integrity to speak up, for example Jim Wallis has argued that …

The word “risk” is not simply speculation, but rather is the new existing reality, and so that quite naturally acts as a bridge into the next item. 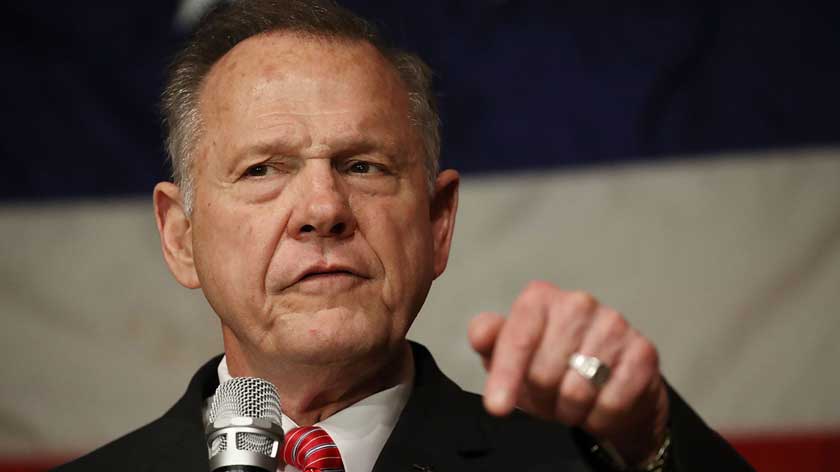 This is a good news item. Roy Moore stood for election and lost.

He has in many ways always been in the eye of a media storm to one degree or another. This is not because he is a Christian who is being persecuted, but rather because he is a biblical literalist who feels that it is his duty to abuse his position of civic responsibility by imposing his specific variation of belief upon everybody.

Let me give you a brief bit of history that illustrates this behaviour. He has been appointed as Chief Justice of the Alabama Supreme Court twice, and both times has had to be legally removed for defying court orders because he was permitting his beliefs to trump the law.

He might indeed feel that his beliefs trump the law of the land, but putting that into play does have actual legal consequences, even if he himself was the Chief Justice of the Alabama Supreme Court.

It also very much panders to the religious right-wing who truly do not see Roy Moore as the problem, but instead simply see it as the persecution of a man standing for God.

Just how extreme is this guy?

If you do a quick scan of his position on various issues then you will discover that it is exactly as you might anticipate it to be ..

I suspect you begin get the picture that Mr Moore is not exactly your normal candidate.

So he stood for election and the electorate learned that he was rather fond of young under-age girls. For the right-wing and the majority (not all) of the evangelical community that was simply not a problem, and so those who had been abused were in effect thrown under his campaign bus so that they could get their man into the senate.

Alabama is a deep red state with a deeply religious demographic, so the idea of a liberal being elected was something nobody would have expected, and yet it happened.

It the end there were enough decent people in Alabama who were not willing to say yes to such lunacy even when it was flying the evangelical flag. This “no” is a clear decisive message to the evangelical community. The editor in chief at Christianity Today clearly articulated this when he wrote …

“No matter the outcome of today’s special election in Alabama for a coveted US Senate seat, there is already one loser: Christian faith. When it comes to either matters of life and death or personal commitments of the human heart, no one will believe a word we say, perhaps for a generation,” the editorial explained. “Christianity’s integrity is severely tarnished.”

Indeed yes, you do not get to support such morally compromised individuals without consequences.

It was just a election for one lone senate seat in 2017, but it is perhaps also a forerunner of what will happen during the mid term elections in 2018.

Item 2 is that you should be encouraged and also inspired to work towards 2018 being a landslide because that is now realistically achievable, with the defeat of Roy Moore the tide has truly turned.

Item 3 – The continuing rise of the Nones

This is perhaps part of the ongoing trend that has been unfolding over the last decade, and it still continued to do so in 2017. Perhaps the best way to illustrate this is to highlight a pew poll from Oct

Well yes, that is perhaps a natural outcome of Item 1 and 2. The observation that the supposed holders of the high moral ground have demonstrated that their ethical framework is morally bankrupt will quite naturally lead many to reach this reasonable and wholly rational conclusion.

How Many Nones are there? 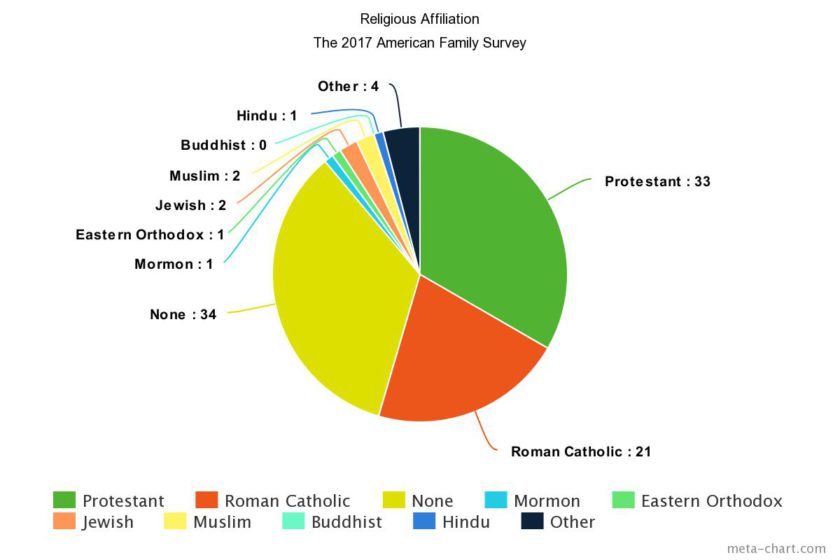 Thirty-four percent of Americans surveyed said they were atheist, agnostic, or “nothing in particular,” according to the American Family Survey released today.

Taken together, this makes the unaffiliated the largest religious group in the study, having surpassed Protestants (33%) and Catholics (21%). There was also a smattering of other groups such as Muslims (2%), Jews (2%), Mormons (1%), Orthodox Christians (1%), and Hindus (1%), as well as those who said they were “something else” (4%).

When you weld your brand to individuals such as Trump and Roy Moore, then this is inevitable. Decent honourable people will quite naturally gravitate away from the slim.

To put all that another way, not only is there a dawning realisation in 2017 that you can be a decent moral human being without being religious, but there is also a realisation that the best argument against the religious has been the observation of their voracious support for grossly dishonest sexual predators as their ideal political candidates.

And so those observations and my top 3 items for 2017.