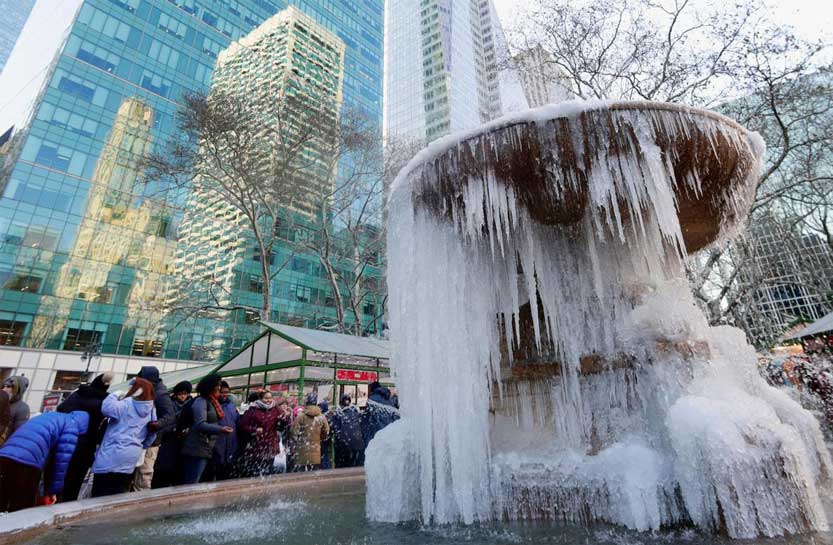 With the cold snap in the US at the moment and Trump tweeting out his desire for more Global Warming it is understandable that some who deny the reality of it all will latch on to it as evidence that it is all a myth.

In the East, it could be the COLDEST New Year’s Eve on record. Perhaps we could use a little bit of that good old Global Warming that our Country, but not other countries, was going to pay TRILLIONS OF DOLLARS to protect against. Bundle up!

Er … well yes, people who do actually understand what is going on perhaps require medical aid to help remove their jaws from their laps after reading Mr T’s tweet …

This is what happens when you try to run the country without a science advisor.
The worst part of it is, as twisted and wrong as this tweet is, it's exactly what resonates with his base. Poking fun at existential global problems in the sickest, most selfish way possible. https://t.co/OX9Xd77TD4

For climate change deniers getting very excited that it's cold outside at the end of December, here's the ratio of hot extremes to cold extremes in the U.S. over the past 365 days. It exceeds 3 to 1.
Via @ClimateSignals (https://t.co/oN03CJBupE): pic.twitter.com/8K3PfXbeh2

The weather. Winters are still cold and still breaking record lows. That doesn’t happen if the globe is only getting warmer.

OK, so let’s dig into this and take is slowly step by step.

Climate and Weather are not the same thing

Within his remake of Cosmos, Neil deGrasse Tyson explained the difference between weather and climate … 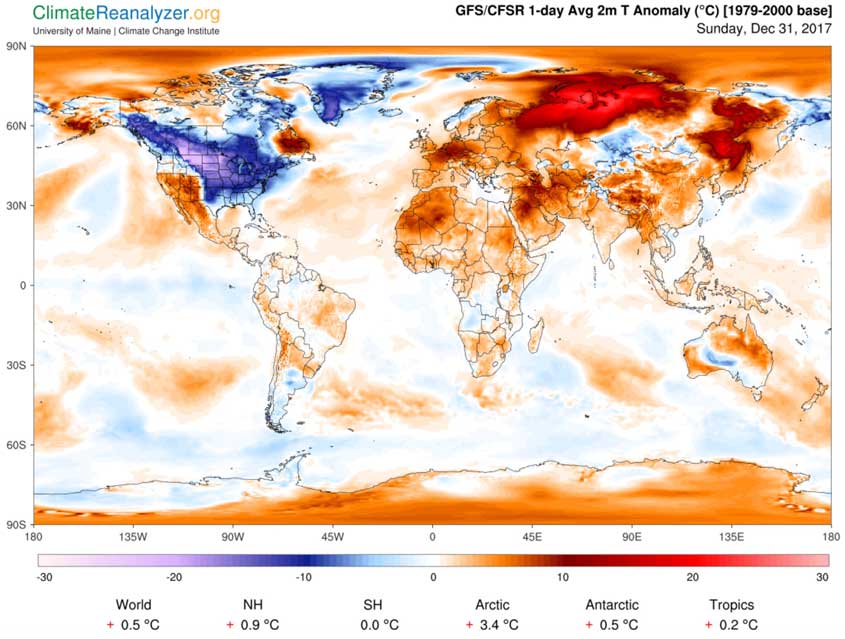 The above map shows you the daily temperature anomaly for 31st Dec. The bar at the bottom illustrates that it uses colours to graphically tell you what is above and what is below the normal

To translate … the US and Greenland are colder than normal, while the rest of the entire planet, and especially Siberia, is far warmer than normal.

The map is updated on a daily basis, so you can easily check it out yourself as follows:

If you then scroll down you will then see the latest version of the above map. You can also try out some of the other options.

Where exactly did the above come from?

This website is produced by the Climate Change Institute at the University of Maine. The weather maps shown here are generated from the NCEP Global Forecast System (GFS) model. GFS is the primary operational model framework underlying U.S. NOAA/NWS weather forecasting. The model is run four times daily on a global T1534 gaussian grid (~13 km) to produce 16-day forecasts.

While there is a cold snap in the US, within the larger context of the entire global, the overall global climate is way above the normal baseline – Global Warming is very real.

But why are we having a cold snap?

I’ll do a follow up positing to cover that tomorrow.