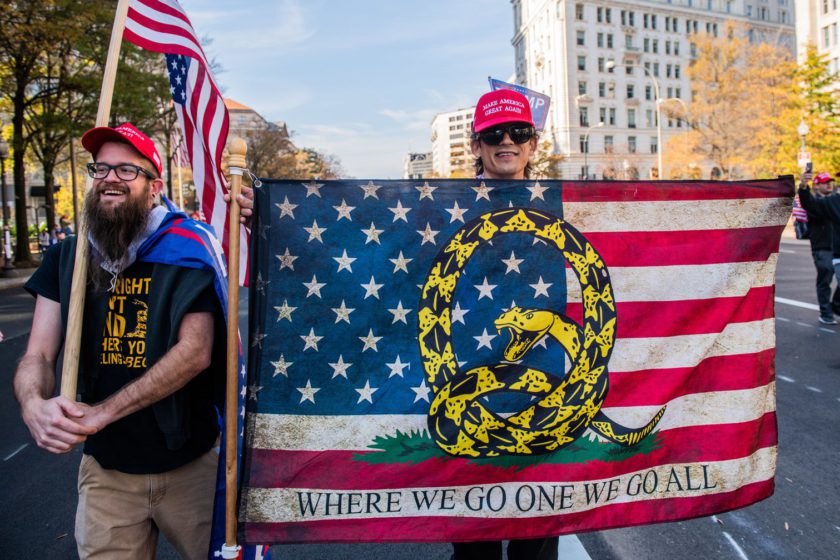 What follows is an article written by Greta Jasser about QAnon and has been sourced from Open Democracy.

First a quick introduction from me: QAnon is basically the result of inequality, pandemic, climate and general dystopia driving many people over the edge psychologically. Their mass delusion has become a formidable political force.

With some of that infrastructure dismantled, and soon after Facebook’s announcement, the CEO of the social network Gab.com, Andrew Torba, welcomed QAnon followers into the Alt-Tech community.

The term Alt-Tech (short for Alternative Technology) refers to websites, social media platforms, and Internet service providers that challenge the dominant large companies in the business. With increasing deplatforming many have gained popularity among the far right due to their lenient moderation policies.

Torba posted on the Gab.com blog stating that the company “Welcomes QAnon Across Its Platforms #WWG1WGA”, aligning himself and the company with the conspiracy community. WWG1WGA is one of the most popular Hashtags related to the conspiracy belief, and reads ‘Where We Go One, We Go All’.

The QAnon conspiracy belief is essentially based on “a series of posts (‘Drops’) made to the image boards 4chan and 8chan by ‘Q’, an anonymous poster who claims to be a Trump administration insider”. They are cryptic and warrant deciphering (or, in the terminology of the QAnon communities: they are ‘crumbs’ that require ‘baking’). The cryptic style and appeal to create sense brought about a variety of communities across platforms and websites who collectively interpret the ‘crumbs’.

While this seems like an obscure phenomenon, the conspiracy belief encompasses classic conspiratorial tropes: Followers believe in a ‘cabal’, that is alleged to sexually abuse, torture, and kill children, and harvest the chemical compound adrenochrome in the process, amongst other things. Members of the cabal are thought to be in powerful positions in the media, business, the entertainment industry, international organizations, foreign governments, and part of the US government. There, they are believed to form the ‘deep state’: an illegitimate state within a state.

The QAnon conspiracy belief repeats antisemitic tropes and conspiracy beliefs. Suspecting a cabal and a ‘deep state’ is a new iteration of the belief in a “Jewish World Conspiracy”, propagandized, for example in the fraudulent documents of “The Protocols of the Learned Elders of Zion”. The allegations that this cabal commits ritualized murder of children is akin to the conspiratorial accusation of ‘blood libel’, that dates back to anti-Semitic conspiracy beliefs of the middle-ages, and has been revived several times since.

QAnon-believers see themselves as a movement that will help President Donald Trump to topple the conspiracy, in the so-called coming ‘Storm’. With the COVID-19 pandemic, the conspiracy became more virulent and took root outside the US – QAnon posters appeared, for example, at so-called ‘anti-Corona protests’ in Germany or the protests against lockdown measures in the UK. While there has been a QAnon community in both countries before the COVID-19 pandemic, the anti-lockdown protests in Germany greatly boosted the popularity of the movement and anti-5G protests in the UK worked as a vehicle for the conspiracy myth.

While QAnon followers have been present on Gab.com before, the QAnon-related groups there have experienced a noticeable growth since early October. For instance, one group named ‘QAnon and the Great Awakening’ became the 11th largest group on the website by member count at the time of writing.

Gab.com and other Alt-Tech websites have been promoting themselves as alternatives for right-wing social media users for years

But why is this growth in numbers of QAnon followers on Gab.com important?

First of all, banning these groups means that the followers who were organized on these platforms have to re-assemble. As Ofra Klein points out: “Shifting to more extreme platforms and using converted forms of hateful speech are tactics that underline the difficulties that platforms have with dealing with extreme content online.“

QAnon followers seem to have done just that: they first rebranded, and later migrated to other, more niche and arguably more extreme platforms, where their audience is considerably smaller, including Gab.com. The increasing numbers of QAnon group members indicates that the conspiracy belief and its followers remain virulent, but their reach is curbed.

From an economic perspective, and Gab.com.com is very much a business endeavour, QAnon followers are fitting into the broader target-group of the corporation. The company detailed in its 2018 annual reportthat they are seeking to attract users who rely on right-wing and conspiratorial news sources, like Breitbart and InfoWars. For these users, Gab.com finds itself in market competition with other Alt-Tech platforms, as well as end-to-end encrypted messaging services like Telegram – another favoured online sphere for QAnon followers.

Different from Telegram, however, Gab.com is a social network, where connections outside the designated QAnon channel are likely. What this means is that it affords a broader intimate publicity, a feature Ashley Mattheis conceptualized as vital, for understanding the formation of digital hate cultures.

Since its public launch in 2017, Gab.com has provided a safe space for all manner of online far-right communities, a significant portion of which place themselves squarely in the “#MAGA” camp. It presents itself as being at the forefront of the fight against large social media platforms, and routinely welcomes users that were banned on these larger platforms.

Decrying alleged censorship, including being banned from social media platforms, is one of the most common themes the Gab.com CEO addresses on the company-blog. This perception of persecution, has long become a staple in the weaponized victimhood narratives of the far-rightand exhibits considerable traction.

Gab.com’s ideological orientation and it’s showcased victimhood narrative resonate with that of the QAnon followers. Additionally, Alt-Tech platforms, which often started out as imitations of Twitter or YouTube, afford the familiar structures of these social networks. Differently to these websites, Alt-Tech also affords minimal content moderation, as well as an audience, that is comparably coherent, when it comes to political views.

Gab.com and other Alt-Tech websites have been promoting themselves as alternatives for right-wing social media users for years. With the new influx and activity of QAnon followers on their webpages, the overall sense of victimhood, persecution, and the perception of fighting back against this injustice is likely to prevail.

The above article is published under a Creative Commons Attribution-NonCommercial 4.0 International licence.

I’ve been writing about QAnon on a semi-regular basis …