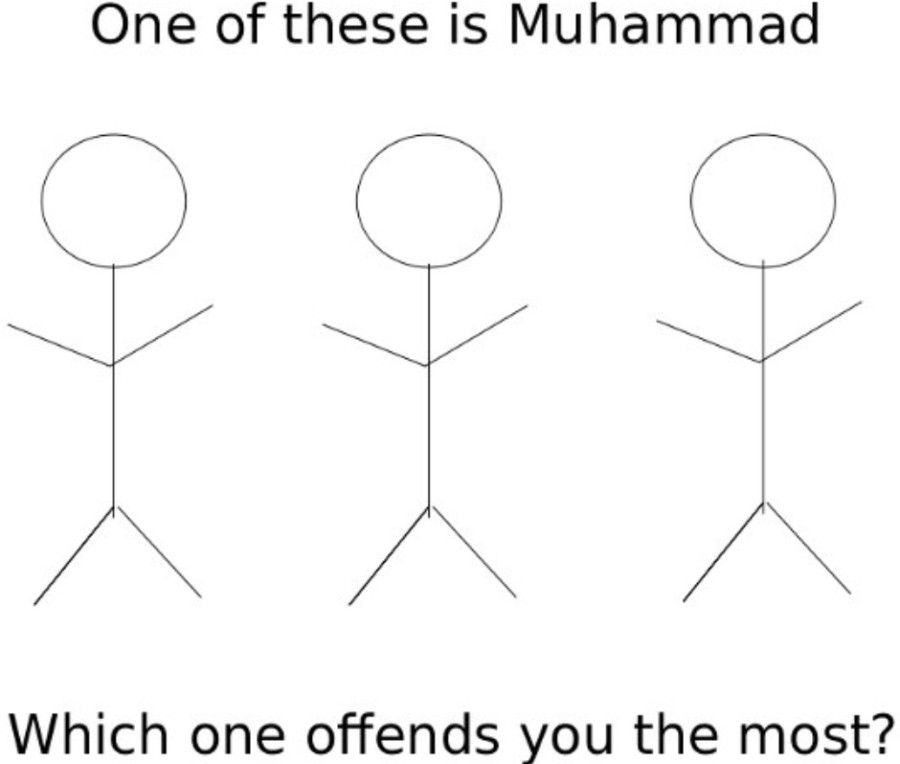 The question came up today on the BBCs Big Question, and so in response to that I’ve written this up to add a few additional observations.

The idea that an image of a specific human is offensive is a specifically religious idea, and while popular within Islam today, it was not always the case, nor was it always a uniquely Islamic idea.

If for example, you looked at the ten commandments, you would discover that one of them reads …

Thou shalt not make unto thee any graven image

So how did people interpret this?

That is indeed very much determined by how people choose to interpret such a man-made bronze-age directive, and least you wonder, the way the Catholic belief would understand it is that having a statue of Jesus is just fine because that is simply a tool to help you to focus upon Jesus. Where they would see the line being crossed is if some started to attribute the statue itself to be magical in some way, and I don’t mean a statue that God supposedly chooses to move (yes, some do believe that happens), but specifically the statue itself becoming an alternative to Jesus. The Eastern Orthodox view is in many ways similar, hence the prevailing usage of Icons in that belief.

The reformation changed that interpretation, and so a more literal protestant view arose that deemed statues and religious paintings to not be an acceptable part of the belief, and that resulted in change, for example during the English Civil War the Puritans embarked upon the destruction of stained glass windows and statues in churches.

Today there is a prevailing consensus that the specific variations of Christian belief that are into statues and paintings can quite happily have them, and those that do not simply don’t. Neither faction attempts to impose their view upon the other side by force, and so those that dislike religious imagery and deem it to be an abomination do not seek to burn down the National Art Gallery. We learned such tolerance the hard way, the path that got us there was many centuries of religious war and rather a lot of blood, but we did finally get there.

Sadly, many variations of Islam have yet to learn this lesson, and it looks like that they might only embrace it the hard way.

Images of Muhammed are offensive and when some cartoonist dares to draw one as a form of open criticism, the result is often a riot and death threats against the cartoonist. That was proven to not be an empty threat, and so we have now seen the wholesale barbaric slaughter of the staff and the Muslim policeman guarding them at Charlie Hebdo in Paris.

There is today, and will always be, a vast diversity of different and conflicting views on what is and is not true. Any attempt to gag or silence views you do not agree with is simply not acceptable, and when faced with threats, and intimidation from one specific religious faction, there is an urgent need to resist so that universal tolerance can be preserved.

If some do not like cartoons, then they should not buy the magazine and should not read it, and that is the entire scope of what being offended entitles them to do.

Nobody has the right to impose their views on others, no matter how offended they might decide to be.