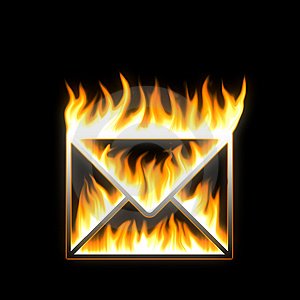 Ken Frank appears to be trying to be humorous, but to be brutally honest, instead comes across as a bit of a plonker. He has written a letter to the South Jersey times, and so I when I came across it, could not resist adding a few thoughts …

Oh by gosh, by golly, it’s time for mistletoe and holly — and atheists!

Funnily enough, with all those neon crosses, and seasonal banners, the first go-to thought for the vast majority of the population is not “atheists”.

Atheists are to marvel at. They don’t understand how their fingernails grow overnight,

Damn true, we atheist always assumed that was magic.

but they are secure in their knowledge of how the universe was formed, how it works and the origins of humanity.

Yes indeed, all that sciency stuff is caused by evil atheists.

Wow! And all of it by chance!

OK, he has converted me, “Magic” is the best answer, I’m in.

An atheist sees a doughnut and knows there was a baker.

Actually we don’t just “see” doughnuts, we stop to actually eat and enjoy them.

That same atheist looks at the marvel of childbirth and sees no “baker.”

Hey, not fair, bakers are permitted to have kids, for goodness sake please don’t tell the baker’s wife, she will get rather upset about this.

He sees a pencil and knows beyond a shadow of a doubt that the pencil had a designer and a creator yet he observes the complexities of the ecosystem that sustains life, and declares it all as random chance phenomenon.

When faced with things we do not understand, we simply say, “I don’t know”, and tend not to default to claiming “magic” and declaring it to be the right answer. So far, it all of human history, when faced with the unknown, the “god did it by magic” claim has turned out to be (gasp!) wrong. As an aside, Evolution is not “Random”, but rather is variation and natural selection – kids are not clones of their parents, that is variation, and some kids do better than their siblings and have more kids, that is natural selection – yep clearly that is indeed magic.

Here’s the rub: Chance is not God. Chance is mostly associated with gambling and taking a risk. Chance has no power to create. Whoever started that rumor? Who created chance?

… and who created this creator, or was this creator just hanging around by chance perhaps? … It’s philosophy 101, you don’t get to make stuff up on the basis of no data at all, then declare it to be a solution, you then need to explain what created this god.

In my opinion, atheism is intellectual dishonesty. It denies the obvious and strains credulity to its breaking point. It is a greater faith than I will ever know.

“Opinion” does not cut it, saying, “I don’t know” is the only honest answer when faced with the unknown. Making stuff up and declaring that to be the answer is the only dishonestly in play here, so much so that he has even managed to fool himself.

At this time of year, the Christmas message is their target. The message is that God entered the timeline of history, put on an earth suit like ours, lived the perfect life we couldn’t, kept the rules He made that we break, and then laid down that perfect life on our behalf in order to satisfy His own order of justice. In this we find forgiveness and divine pardon. That is the message that Charlie Brown’s friend, Linus, understood. It’s a message that children comprehend, theologians debate and atheists scoff at.

(Scoffing mode on) … and the evidence that this claim is true is exactly zero. The only source he has is the bible, or at least bits of it, all written many many decades after the supposed events it describes (Mark the earliest account was written in CE 65). Funnily enough not one single contemporary historian considered the activities of this messiah to be noteworthy … perhaps because he was not the messiah, but rather was a very naughty boy (Hat tip to Monty Python).

I’m quite happy for him to believe whatever he wishes, the problem comes when this superstitious gibberish gets shoved down all our throats, so his only real objection here is that a few have dared to pop their heads up when this happens and declared “this is bull”.

Side Note, apparently this is an annual tradition, Ken writes more or less the exact same letter each year.