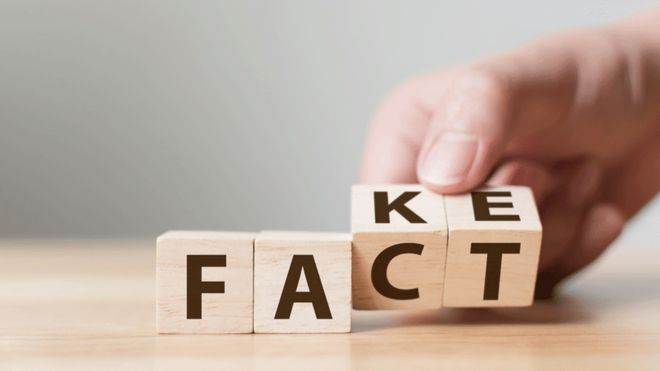 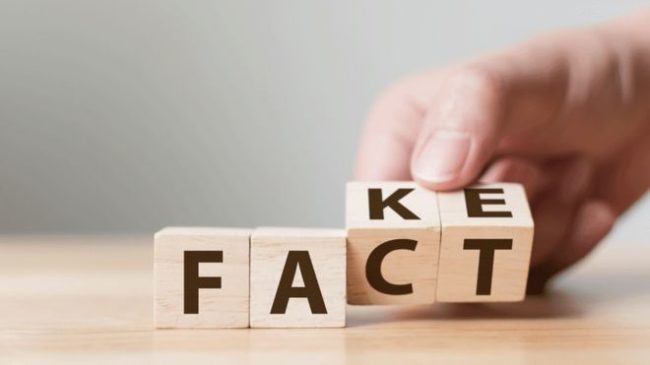 A group of researchers from Yale University have published a working paper that discusses two studies that demonstrate that some people have a tendency to be far more prone to an acceptance of Fake News than others.

It is entitled “Reduced Analytic and Actively Open-Minded Thinking Help to Explain the Link between Belief in Fake News and Delusionality, Dogmatism, and Religious Fundamentalism“, and you can grab a copy here.

How we think about things apparently does make a different. Via two studies they identified categories of people who were more inclined to believe fake news. This appears to be very much rooted in reduced analytic thinking and close-minded thinking.

There has been a proliferation of fabricated news stories that are presented as legitimate on social media. The present studies made progress toward answering the question: Who is most likely to believe this “fake news,” and why?

Two studies with over 1000 participants suggested that individuals who endorse delusion-like ideas (e.g., thinking that people can communicate telepathically), as well as dogmatic individuals and religious fundamentalists, are more likely to believe fake news.

These studies also suggested that two related forms of thinking may protect against belief in fake news: The first, actively open-minded thinking, involves the search for alternative explanations and the use of evidence to revise beliefs. The second, analytic thinking, involves deliberate thought processes that consume memory resources.

OK, let me say it. I do confess that this does in many respects explain to some degree why the US evangelical community are the most voracious and vocal supporters of the well-known con man who currently resides at 1600 Pennsylvania Avenue.

This is not a paper that suggests that being religious causes you to be gullible. Instead, what they are demonstrating via the studies conducted is that people who are less open-minded/reflective tend to be more susceptible to accepting things such as dogmatic religious fundamentalism and also fake news.

What they have is a correlation and not a predictable certainty. It does not mean the following …

… instead it simply establishes a correlation that suggests that how we think about things can subtly nudge or incline us towards an acceptance of popular conclusions without giving them too much thought.

To put that another way, most people, regardless of their religious/delusional beliefs or lack of any, will most of the time be able to identify most fake news as fake. Looking at their measurements if you consider their scale that determines how deeply religious or delusional somebody is, and then take people from either extreme, they found a measurable difference.

They recruited individuals to take part in online surveys and proceeded to expose them to a series of questions that were designed to measure how they thought and what they believed. They also exposed them to fake and real news and asked them to evaluate each.

For example, they were asked to rate a series of news headlines that were presented is a social media style (headline, photo, and brief description). Some were fake and some were real.

What did they Find?

Here is an illustration of their results (lifted from the paper) … 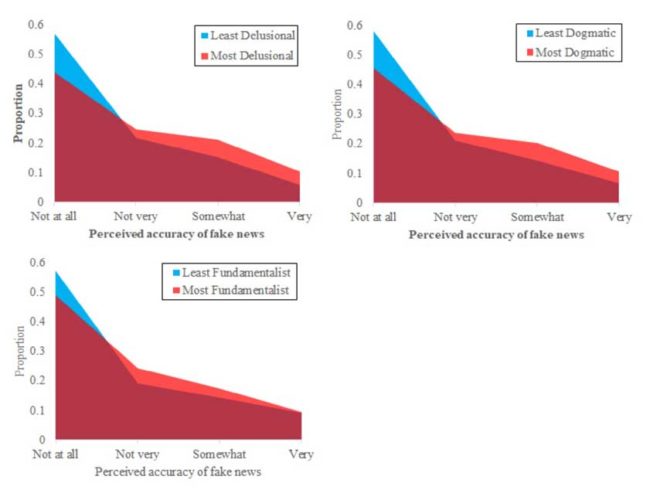 As one commentator put it (as a joke) …

Researchers Shocked to Learn That People Who Believe in an Ancient Jewish Zombie Are Gullible!