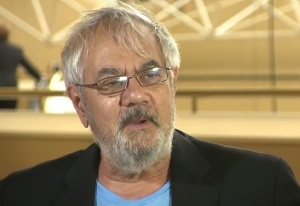 Congressman Barney Frank had a deep dark secret that he kept hidden for rather a long time, if it had been revealed then his career might have been destroyed.

If you are perhaps wondering who? well he is is an American politician, and member of the Democratic party,  who served as a member of the U.S. House of Representatives from Massachusetts from 1981 until his retirement last year in 2013.

What was a rather large shock to some is that on May 30, 1987 he came out as gay, and so it is a matter of considerable pride that this announcement had little impact on his electoral prospects – his voters carried on voting for him. Shortly after that announcement he began dating Herb Moses, an economist and LGBT activist; their relationship lasted for eleven years until an amicable break-up in July 1998. Moses, who was an executive at Fannie Mae from 1991 to 1998, was the first partner of an openly gay member of Congress to receive spousal benefits and the two were considered “Washington’s most powerful and influential gay couple”.

So was this the deep dark secret I was speaking about?

Nope, even with this degree of openness about who he was, there was still a part of him that he kept buried, and it was only when he retired in 2013 that he could finally be open about a part of his life that he had been forced to keep secret – he was not religious.

Now that he is out, here he is talking about being Openly Secular …

Discrimination is rampant against those who are secular. Teens are made homeless after being thrown out of their homes; young activists receive death threats; people lose relationships with friends, family, and coworkers for not believing the same. A 2014 Pew research study, for example, showed 53% of people would be less likely to vote for someone who does not believe in God. Gay and even adulterous candidates were less discriminated against.

Openly Secular is the joint project of four of the best-known and respected secular organisations – The Richard Dawkins Foundation, The Secular coalition for America, the Secular student alliance, and the Stiefiel Freethought Foundation.

What do they do?

They believe that increasing the visibility of secular people will lower prejudice against them, much as it has for the LGBT community. For example, 68% of those who personally know gay or lesbian people favor marriage equality, compared with just 32% of those who don’t know anyone (Pew Research, June 2013). Secular people will realize they are not alone when they are open and others say, “So am I.”

They share stories of pain to show how discrimination hurts and why it needs to end – like that of Damon Fowler, a high school student kicked out of his home when he came out of the atheist closet; or Adriana Ramirez and Margaret Doughty, who were denied U.S. citizenship because their morality is not religiously-based.

They share narratives of joy to demonstrate their values of Acceptance, Reason, and Love; express what we believe, show how love can ﬂow despite differences, and that people are glad they became open. Ultimately, we strive to save relationships that might be lost to misunderstanding.

Here are some more stories …

Dr. Vivekanand is a brain surgeon. He is from India but lives in Michigan, and is Openly Secular! His father was an atheist and his mother was Hindu, he gravitated towards the philosophy found in Secular Humanism.

Sarah is a Humanist and Openly Secular! She was born in Pakistan, raised in Texas, but now lives in Washington DC. She was raised as a Muslim but began to question Islam when she began reading philosophy.

Mandisa is an atheist and Openly Secular. She is the president and founder of Black Nonbelievers Inc.

Bart Ehrman identifies as both a Humanist and agnostic and is Openly Secular! He originally was a Christian, and moved towards being a liberal Christian before giving up his faith completely.

Jerry is an ex-minister, a Secular Humanist, and Openly Secular! After studying theology and examining his experiences, he realized that he didn’t believe in God anymore. He stresses how important it is to be open about your beliefs.