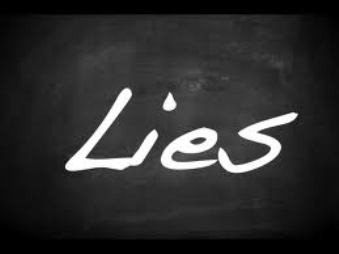 The claim is that in the Syrian city of Rakka, a girl, Fatoum Al-Jassem, was sentenced to death by stoning by the Al-Reqqa religious court after ISIL militants took her to the court.

You are being played – this is not a factual story at all, but is instead pure war propaganda.

It may indeed be tempting to believe this, but if you dig then you will soon find a huge problem … namely the source. It appears to originally come from the Iranian FARS News Agency. We have copies of more or less the same story circulating as “truth” … for example here, and copies of that are now popping up in Facebook and being shared, but FARS is simply not a reliable source and nobody has verified it. Remember now, FARS are the same guys who re-printed a story from The Onion as fact, and also printed weird stories about time machines and aliens … yes really.

OK, so what facts do we actually know.

So is there any really good independent source for the claim, for example an NGO interview with her family verifying that it really happened?

In a word … no, and until there is, then this story needs to be treated with the appropriate degree of skepticism and dismissed as propaganda.

The war in Syria is not just being fought on the ground with physical weapons, but is also being fought in cyberspace. There is a constant flow of propaganda coming out from all the different factions and sides in Syria. As a result it is effectively impossible to determine whether anything is true or not.

My advice … consider this claimed stoning and all other similar stories from all sides to be propaganda until actually verified by an independent NGO.

It is easy to be skeptical about the things you do not actually agree with, but what do you do when you find an unverified item that appears to confirm what you already know. Critics of fundamentalist extremism know that there are strands of Islamic thinking that are not just intolerant, but are also very violent. This stoning story plays right into that and confirms it, so there can be a considerable degree of temptation to simply “believe” without really thinking, “Is this actually true?”.

Now pause and think, when you first heard the stoning story, did you believe it?

My secondary point here, beyond the fact that the stoning story is actually fake, is that it is very easy for humans to simply pick up and run with items that confirm a previously held belief. It does not make us stupid or ignorant, but rather just human, because we are all prone to doing this.

This is why nurturing critical thinking matters, and why it is important to not simply accept everything thrown at you, but to also consider asking yourself, “Is this claim really true?”, even if it is something that appears to confirm what you already believe to be true.