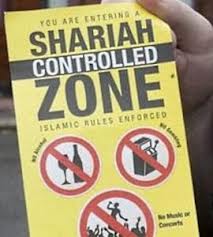 It’s a first, in a landmark case legal restrictions that stop a man from promoting extremist religious view have been placed upon him at the Old Bailey in the UK and will be in force for up to five years.

The specific term used to describe this is an ASBO. If you are wondering what that is and what it means, well the Wikipedia page on the topic describes it …

An anti-social behaviour order (ASBO) /ˈæzboʊ/ is a civil order made in the United Kingdom against a person who has been shown, on the balance of evidence, to have engaged in anti-social behaviour. The orders, introduced by Prime Minister Tony Blair in 1998, were designed to correct minor incidents that would not ordinarily warrant criminal prosecution. The orders restrict behaviour in some way, by prohibiting a return to a certain area or shop, or by restricting public behaviour such as swearing or drinking alcohol.

OK, so who is this chap and what did he do to merit this?

The belief in the mix here is Islam of course, and so the fact that it has inspired a torrent of intolerance, misogyney, violence and murder, makes this no real surprise. The man in question, Jordan Horner, has been taking part is “Islamic Patrols”. That basically involves him and his friends going out into the streets and harassing and intimidating people whom they perceive to be indulging in un-Islamic behaviour. For example going up to couples holding hands and telling them that they could not hold hands, or snatching alcohol off those who had some.

People should of course be free to believe whatever they wish, that’s fine. However, the moment they start trying to impose their beliefs upon others, they have crossed a line that should never ever be crossed and so there will be consequences.

“The granting of an Asbo against Jordan Horner sends a clear message that extremist behaviour will not be tolerated on our streets.” – Waltham Forest Borough Commander Chief Superintendent, Mark Collins

There is always a balance to be struck between preserving the civil liberties of those that are very religious and those that are not. This I feel gets that balance right, he is still free to believe whatever he wishes, and can impose whatever strange religious rules he can dream up upon himself, but is not permitted to impose those same silly rules on others.

The BBC has more details here.