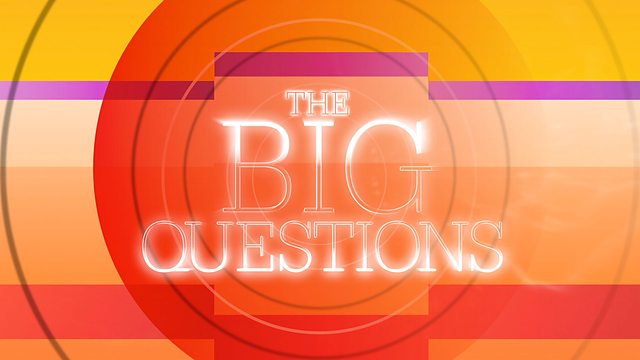 Today’s BBC The Big Question looks to be a very interesting one, it asks just one question, “Have human rights laws achieved more for mankind than religion?”

Those taking part include …

… and others (you can most definitely cheer for the above).

Now, one thing that #BBCTBQ always manages to do is to find some religious crank who will happily declare that anybody who does not believe exactly what he believes is in the grip of Satan and is destined for hell, so will we get that today? Let’s see.

… and here we go … “release the twatens” … (be warned, I’m watching and writing, this will be very disjointed)

Peter Tatchell starts … “The single greatest threat to human rights is religion, but not all people of faith are like this”, some of his greatest inspirations have been people of faith, but overall, wherever religion has power, it has been complicit in the abuse of human rights.

Linda Rose … claims that what Peter said was utter rubbish, Is talking about God giving men and women free will.

Peter Responds … there are indeed traditions that are good, but overall it is bad.

Shami Chakrabarti … chips in to suggest this is a really bad start, and is back to banging the drum about religion being good.

Peter replies, that for many centuries religion has giving us oppression.

Andrew Copson points out that the UN charter is the blending of the best of all humanity.

Tim Cross … this is not a battle between two sides

Abdullah al-Andalusi … claims the key question is meaningless.  He appears to be rather busy defending his specific belief.

Maryam … The problem with using religion is that it is often down to humans interpreting it.

Rabbi Jackie … to get to heaven you simply need to be good and support justice, you don’t need to be Jewish.

(They are now talking about the 10 commandments)

Peter Tatchell …lets not quibble about a text, half the human population on the planet today, women, are oppressed by religion

Maryam .. if we agree that the 10 commandments no longer applies, then we need to move beyond that. If you have societies that rely on religion you will get into trouble, the stoning of gays in Iran today.

(Some chap chips in –  I don’t really understand the premise behind anything being said, and then proceeds to talk about how you can use the bible to enslave or liberate … and claims Christianity came from Africa).

… and now we are on to the idea that human rights laws are oppressing Christian rights (the example is anti-gay bus ad in London). Linda claims that gay rights are used to trump religious rights.

Peter Tatchell … absolutely they should have the right to express an anti-gay view, where he disagrees is religious people having the right to actively discriminate (the B&B owners tossing out gay couple example).

Shami Chakrabarti … Article 10 of the Human Rights act, gives you complete liberty to express any view, but if you are offering goods and services, then you are in the public square and you don’t get to discriminate.

Tim Cross … the them vs us rhetoric is not helping.

(oh boy … here we go, another shouty match about slavery now triggered by Tim suggesting that Missionaries were all about love … chap points out about how they endorsed slavery)

Peter Tatchell … written into the UKs laws today in 2015 is the right to discriminate on the basis of religious belief.

Nicky Campbell asks Abdullah al-Andalusi – if we had Sharia law today in the UK, would women have more rights?

Maryam … women have no rights under islamic law.

Abdullah al-Andalusi (ducks the issue, and Maryam points that out)

Shami Chakrabarti … believes in multiple identities, but ultimately we are all human beings, and that is why the rights of some girl in a far and distant land matters.

Andrew Copson … human rights is about protecting the minority … ‘Human rights law guarantees that even if 99% of your society want you tortured, you’re not going to be tortured.’

Tim Cross … agrees that human rights are universal, but how do you bring it about, invading other countries is not the solution.

(Sigh! … any time a #religious guest speaks for more than a minute unchallenged it becomes a sermon.)

Shami Chakrabarti @libertyhq – Human Rights Act is not a utopian or messianic vision, it’s our protection from the abuses of power #bbctbq

Maryam … has the last word … @MaryamNamazie – no society is homogeneous, universality is a reality so we need to believe in it to show human solidarity #bbctbq

It will no doubt be on-line and available at some point, you can check here to see.