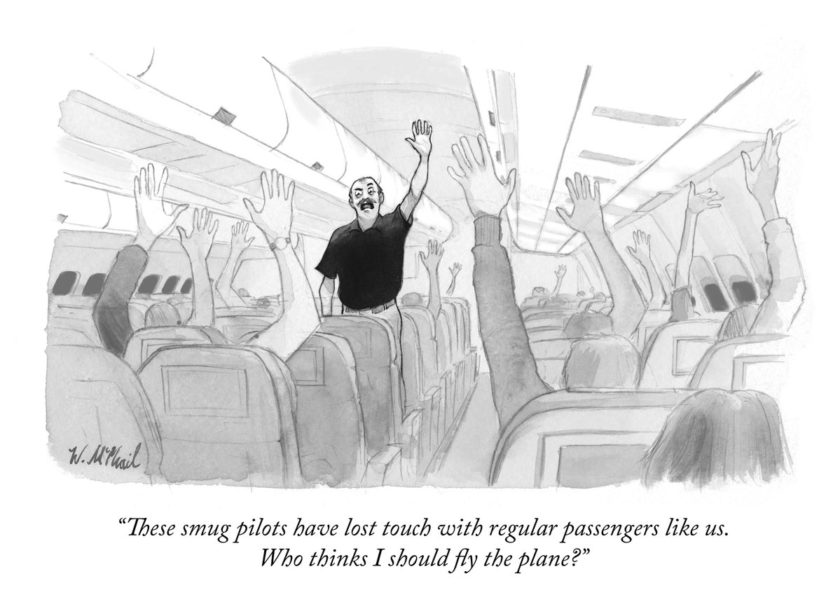 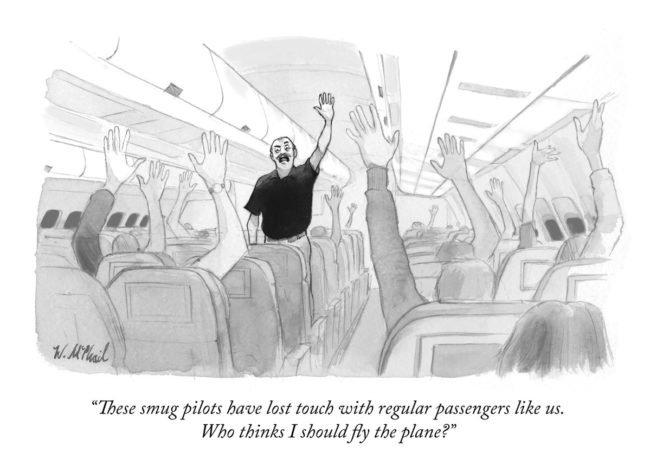 The term “Dunning-Kruger” is a reference to a cognitive bias. This is where people who know next to nothing on some topic truly believe that the little they do know makes them an expert and grants them the mantle of “expert”. It’s not about bluster or pretense, they truly believe it. In essence, they know so little that they are totally unaware of their degree of utter incompetence. So the context here is anti-vax and a new study, but first let’s explain Dunning-Kruger a bit more.

The name might sound unusual. It comes via two social psychologists David Dunning and Justin Kruger who first described it within a 1999 paper titled “Unskilled and unaware of it: How difficulties in recognizing one’s own incompetence lead to inflated self-assessments.“. There in the abstract they describe it as follows …

People tend to hold overly favorable views of their abilities in many social and intellectual domains. The authors suggest that this overestimation occurs, in part, because people who are unskilled in these domains suffer a dual burden: Not only do these people reach erroneous conclusions and make unfortunate choices, but their incompetence robs them of the metacognitive ability to realize it.

Since that initial study there have of course been further studies that have added to our understanding. As an addition to that body of knowledge a new study has just been published within Social Science & Medicine.

Let’s dig into that now and see what we discover.

What did the authors set out to do?

People low in autism awareness – that is, the knowledge of basic facts and dismissal of misinformation about autism – should be the most likely to think that they are better informed than medical experts about the causes of autism (a Dunning-Kruger effect). This “overconfidence” should be associated with decreased support for mandatory vaccination policies and skepticism about the role that medical professionals play in the policy making process.

What did they do to explore this topic?

They conducted a survey that involved 1,310 people. They basically gave them a knowledge test regarding the causes of autism and also measured how confident they felt about their knowledge …

we modeled self-reported overconfidence as a function of responses to a knowledge test about the causes of autism, and the endorsement of misinformation about a link between vaccines and autism. We then modeled anti-vaccination policy support and attitudes toward the role that experts play in the policymaking process as a function of overconfidence and the autism awareness indicators while controlling for potential confounding factors.

More than a third of respondents in our sample thought that they knew as much or more than doctors (36%) and scientists (34%) about the causes of autism.

OK, you can stop reading now. You have a deep knowledge of dunning-kruger and your knowledge on the topic is now way above average. You are an expert.

In reality you are not a social psychologist (and neither am I). We do not have the training, or experience and so “doubt” is your friend. You are probably reading this because you are interested, and rightly so because it is an interesting topic. Being aware that such biases do exist helps us to understand why things are the way they are.

I can predict the following …

In other words, while you do now know a little bit, there is a great deal that you simply do not know. I can perhaps go as far as saying that you and I don’t even grasp an understanding of what we don’t yet know – we often don’t actually know what we don’t know.

Today we live in a world where the idiot-in-chief truly does believe in his own supposedly superior abilities, and yet is so incompetent that he does not grasp how truly incompetent he actually is. Having read this far into this article you can perhaps now understand him a little bit more.

The above is not a political statement that expresses a specific bias, it is an observational fact. You can be a hard-core right-wing Republican and still retain the above conclusion.

In the context of vaccine denial (which to be blunt is really science denial), the idiot-in-chief appointed vaccine denialist Robert Kennedy Jr. to chair an administrative panel on the safety of vaccines. Don’t bother face-palming, others have already done that for you, it’s a well worn road.

When it comes to taking an anti-vax stance, be aware that it is not just Trump or Kennedy …

Studies such as this latest one matter because in that context, understanding why it is like this is an important question to ask. It is quite literally a matter of life and death. The question the study explores is not an abstraction but instead is attempting to make sense of why, despite no evidence, there is a thriving anti-vax movement that has traction.

Prior to this study it was thought that there was perhaps a link between Dunning-Kruger effects and anti-vax policy attitudes. What the study does is to demonstrate that this is indeed correct, and so we now have a further insight into understanding why some oppose vaccination policies endorsed by medical professionals.

Public attitudes towards vaccinations are complex and driven by a mix of scientific, psychological, sociocultural, and political factors. So what we learn here is that limited knowledge and misinformation about vaccines play a vital role in public attitudes. The Dunning-Kruger cognitive bias kicks in and the little that is known leads many to believe they know more than the experts.

It’s not that simple

I’m trying to also make sure that as I describe this, it does not itself become too simplistic an answer. There are of course other factors in play …

U.S. adults might also endorse anti-vax policy positions because they believe that they are comparatively more knowledgeable than medical experts. These are people who lack the ability to not only judge their own skill, but also struggle to accurately assess the skills of others who might (or might not) be subject matter experts.

Additionally, people who think that they know more than medical professionals are less supportive of pro-vaccine policies and more likely to elevate the role that non-experts play in the policymaking process.

In other words, researchers and policymakers interested in increasing support for mandatory vaccination need to combat not only low levels of knowledge and misinformation, but also the independent effect of over- confidence.

37 people in Europe dead of Measles so far this year. Dead. Of Measles. Something that a simple vaccine can protect you against. Ignorance, complacency and conspiracy theories won't save your children from it. Only vaccination will. https://t.co/18tj4vPE4q

THIS is the kind of damage that can be done by scare stories about vaccines. Vaccines DO NOT increase risk of autism. AT ALL. They do, however, prevent horrible, life-threatening diseases like measles… https://t.co/1lr2yK4gjp

#Measles is one of the most contagious diseases ever known.

When people do not get 2 doses of the vaccine against measles, the disease spreads quickly.

When enough people get immunized, everyone in the community is protected.

A big thank you to all those parents who are against vaccines, one of the greatest inventions in human history. 37 dead and rising rapidly. Well done. How many are you going to kill next year? https://t.co/pDkFHn8ZpM

Diseases like measles and whooping cough are much less common than they used to be, thanks to vaccines. When fewer children get vaccinated, more children get sick. Learn about the 2018 recommended vaccine schedules today. #NIAM18 #VaccinesWork https://t.co/BGxRTAdfBs pic.twitter.com/j3LW60MFMa

This is why vaccines matter. https://t.co/LySEVmeB1I

People with the least accurate knowledge believe they know more than medical experts.

'People who think they know more than medical experts are more likely to trust information about vaccines from non-expert sources, such as celebrities.'#vaccinesworkhttps://t.co/pYasWxIEMX