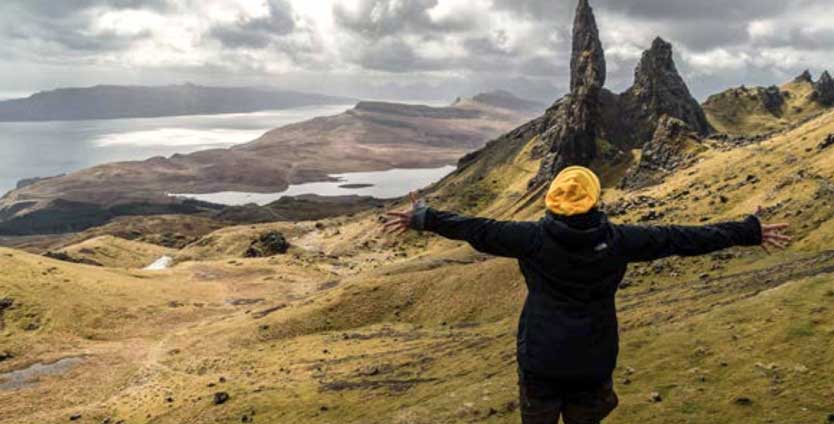 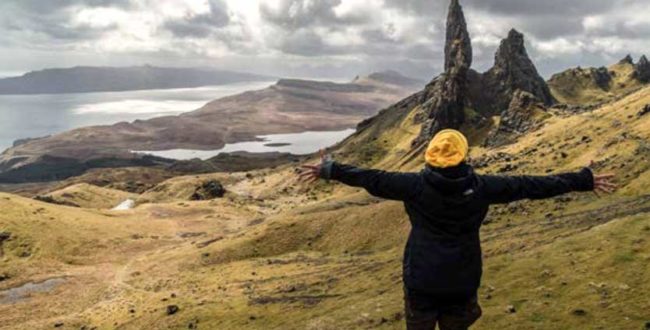 When people discard a mainstream religion such as Catholicism or Baptist, they often retain some belief. On a poll or census they might identify as “None” because none of the boxes available truly describes them. This gives rise to the term “nones”. If you chat with them, then you will discover that they might indeed still believe in a higher power, they simply don’t adhere to any organised religious group. This specific posting is all about Scottish belief.

A new poll done in Scotland has just been published. It reveals something quite surprising.

The Sottish Humanist Society funded the poll to find out what people actually believed. The revelation is that belief itself has declined, what is going on is not simply a rejection of organised belief, but something more fundamental.

What exactly was done and who did it?

You can find a summary report here that is hosted on the Scottish Humanist website.

You can find a deeper breakdown here.

The survey funded by the Scottish Humanist Society was conducted by Survation, a British Marketing and Polling organization founded in 2007. They have a good track record for accuracy. For example, during the BREXIT vote in the UK, they conducted an exit poll that predicted that Leave would win. At the time YouGov, and Ipsos Mori predicted the UK would vote to remain in EU, Survation turned out to be spot on. For the UK general election in 2017 they also predicted a hung parliament and were mocked at the time for that, yet once again they were proven to be spot on.

For this latest poll they interviewed 1,000 people. They recognise that because of this sample size there is a potential margin of error rate of about 3.1%.

The majority (59%) identify as Non-religious

As many as 60% reported that they do not attend any kind of religious service, except perhaps when attending a funeral or a wedding.

They asked some very specific questions concerning various supernatural beliefs. This is how the numbers break down … 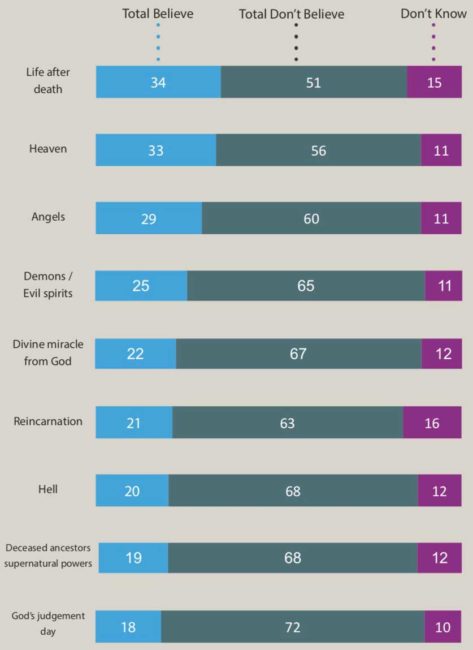 Clearly the population in Scotland is not simply non-religious and “spiritual”, the majority are not into even vague supernatural / spiritual beliefs.

Anybody popping up and claiming Scotland as a “Christian” nation, needs to pause and seriously reconsider that position.

Why Does this Matter?

Gordon MacRae, the Chief Executive of the Humanist Society of Scotland explained it as follows …

“These figures show how the majority of Scotland’s population do not identify with a religion nor believe in key aspects of spiritual belief. While it is important to recognise that faith plays an important part in a minority of people’s lives, the majority do not. By all measurements Scotland is no longer a faith based country – and has not been for some time.

“This is important when it comes to the provision of public services for example, providers must ensure they recognise and meet the needs of everyone – religious or not. Too often we see non-religious people’s requests for equality being dismissed as ‘militant’ or ‘anti-religious’.

“Our schools, hospitals, local authorities and others all need to seriously consider how they don’t just take a lazy assumption of faith when that fails the majority.”

What this poll does is to grant the Scottish Humanist Society good solid evidence to lobby service providers with when discussing service provision for the population.

I simply can’t imagine why it has not been put in place in England. I’m sure having multiple C of E Bishops in the House of Lords has not in any way inspired any form of failure to do it.

It will happen, it is simply a matter of time. You can read more about it here.