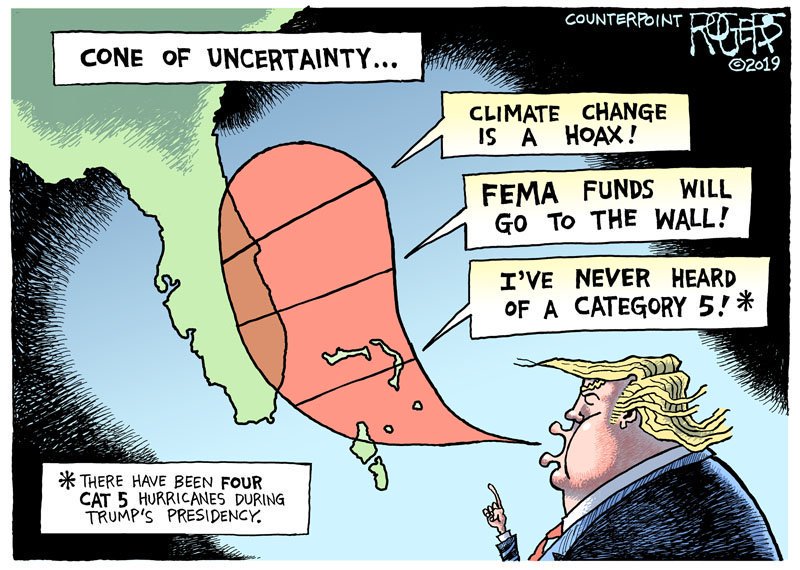 As a brief insight into just how deep down the wingnut rabbit hole some can go, news emerged about one week ago that Boone’s Camp Event Hall in Booneville, Mississippi had refused to host a wedding that involved a mixed race couple. When asked why, a staff member is quoted on camera explaining that this was because they were Christian. It sounds like satire, but I’m really not making this up …

A few days ago, the Washington Post followed up and got an apology from them. As part of that apology the owner explained that she had simply assumed that the Bible endorsed this. When challenged by her husband she had spent 2 days vigorously searching for a verse to justify her bigotry and also sat down with her pastor. After finding nothing she rather reluctantly decided she was wrong.

The truly scary observation here is that after being a racist all her life, she was just one bible verse away from continuing that. She was completely unable to think for herself.

You can most probably guess how she still feels about gay couples. If challenged about that, I can guarantee that she would play the “I’m not a homophobic bigot, I just believe the bible” card. Strangely enough, those that lean upon a religious text to justify their intolerance and bigotry have absolutely no problem at all with eating shellfish, yet according to the bible that is an abomination.

What is really going on is that some inherit bias and prejudice from their historical culture, then simply lean upon an interpretation of an ancient religious text to park that in a box marked “The will of a God” and thus place it beyond being questioned or challenged.

For much of what is below, there will be a crowd of disciples lapping up every word as divinely inspired. For them, critical thinking really does matter.

Which Wingnuts popped up during the last 7 days?

Just how disconnected are these folks from reality?

For these folks, reality truly is a far and distant unexplored land.

Hurricane Dorian does not exist …

As is usual, Dorian brought the weather control claimants flocking out …

The Enemies of God … immigrants! …

Evidence for the above claims? – Exactly zero.

Lots of other stuff. As always, it is an endless stream. Some of it is sad, some is rather grim, and some is quite frankly hilarious …

Is there any Good News at all?

Actually, yes there is …

When Mike Pence Visited Iceland, Rainbow Flags Were Waiting for Him …

During his tour, Mr Pence also visited Ireland where he was warmly received by the openly gay Taoiseach Leo Varadkar and his partner. Expecting well wishers to also turn up and cheer him when he went to visit his ancestral town, he was a tad disappointed with the crowd …

The Irish Times said the vice president’s views on Brexit, immigration and gay rights “are anathema to a majority of people in modern Ireland” and “impossible to ignore”.

It summed up the state visit with the headline: “That didn’t go very well.”.