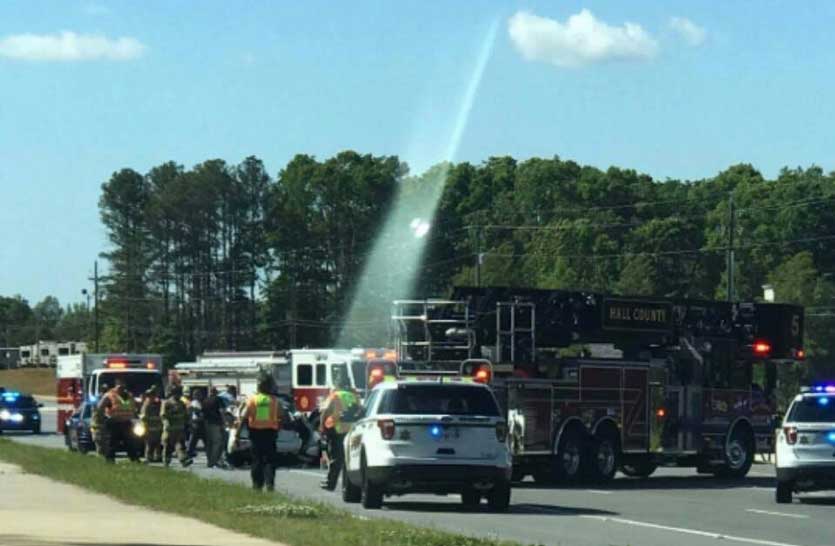 When it comes to my weekly selection of weird religious news, Jim Bakker appears to pop up on such a regular basis that I do wonder if having a week without him qualifying would be weird. So is this week an example of that? 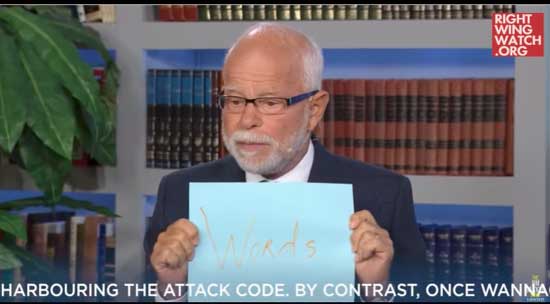 Mr Bakker is a known fraudster who has in the past been jailed for running a religious con. He is back running the same racket and is grifting by attempting to convince the gullible that the sky is about to fall in and civilisation is about to collapse so that he can then leverage that fear to sell you overpriced food buckets. Each week he attempts to rattle cages by drumming up such religious fears, and this week was no different …

Bakker pointed to attacks on Trump as proof that “the Apocalypse has already began” and “the spirit of Antichrist” is growing in America.

“They want to kill our president, President Trump, with words,” he said. “They want to assassinate his person.”

Critical words about Trump, according to Bakker, are the fulfillment of biblical prophecy about the First Horseman of the Apocalypse.

He pointed to the cancellation of a Tim Allen sitcom as further proof that conservatives are under attack.

Bakker claimed that “the devil is trying to cut out the voice of the church” and that “they’re eliminating anyone that is pro-Trump from every broadcast; soon, very soon, the only conservatives will be on Christian television and then we’re the next target—write it down!”

ABC cancelled Tim Allen’s show and so apparently it is the Apocalypse.

As pointed out by once commentator, hate is not the issue, but rather the following. Almost every single day when the news comes on, the following phrase comes forth … “Oh, sweet Jesus, what has he done now?”

When I read the other day that the White House had been locked down after somebody tried to climb over the fence, my immediate thought was to wonder which of his staff was trying to escape.

… and so one again Mother Russia is once again safe because Patriarch Kirill visited the Ministry of Internal Affairs to splash holy water on the computers in order to keep them virus free.

Perhaps I should advise them that when a sprinkling fails, then a full baptism will indeed render any computer completely virus safe.

Bottom Line: If you are not all that confident in the abilities of your security experts … try magic.

Not too long ago a tragic road accident in Gainesville, Georgia resulted in the deaths of Hannah Simmons, her daughter A’lannah, and her best friend Lauren Buteau.

One passing motorist, Anisa Gannon, got stuck in the traffic jam on the way to work, so she used her phone to take picture of the accident as proof that this was the reason for her being late that day. What she got was the picture below … 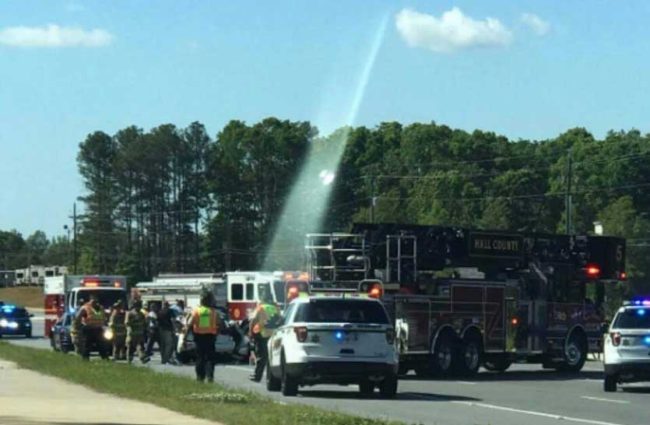 …when her aunt Tara Noble saw the photo — which appears to show an image of a golden beam of light connecting the wreckage to the clouds above —  she saw something remarkable.

“She said, ‘Anisa, it looks like a pathway up to heaven,’ ” recalls Gannon.

It went viral in the media and popped up here in the Metro, and here on Fox29, and here in desert news, and here, and … well you get the idea. The thought that this was souls flying up to heaven is what the media went with.

Anisa Gannon, who took the picture does clearly state the rather obvious, but such common sense tended to get buried towards the end of such articles  …

As for Gannon, she believes the beam of light is “clearly a glare off my window” but adds: “It still looks like a pathway to heaven. I didn’t mean to do it, but it makes me feel good that just the little things can help somebody tremendously.”