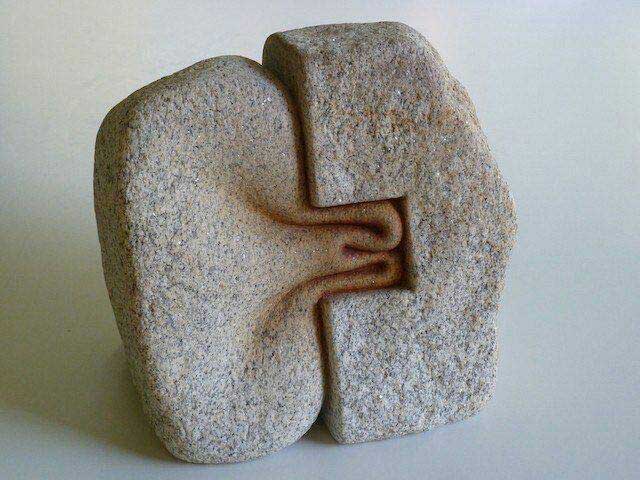 So the above image of some apparently liquid rock has been going around and along with it have been some rather bizarre claims.

Any stonemasons out there that can explain this 10,000 year old piece of liquefied granit?

Comments under that include …

Now that is bizarre..

I would love to know

believe in god and anything is possible.

Thats made by technology from another world

this high advanced technology for melting the granite in those ancient times… was surely brought by ET intelligence….

Somebody asked the guy posting it, “Where did you get this picture from?”, he replied …

I found it on a Russian site. I had to search their index for images. I found this image with the age. That is all. Hoping for an answer,

And then somebody rather sensibly asked ….

… but alas he did not respond to that. He did however explain in a later comment that the Russian site had claimed it was 10,000 years old.

Weird speculation continued. For example somebody posted some daft claim about Ancient High Tech/ Melt Stone With Light And Sound.

Eventually somebody had the right answer and so posted where it actually came from (I’ll hold fire on that for a moment, the reveal comes further down). I’ll simply make the observation that at least one person was able to do a google image search. It really is not hard to do, just grab the URL for any image, go to google, click “Image” and enter the URL, it will then give you links to anything where that same image is available. It is worth knowing how to do that so that when weird stuff like this pops up you can go check.

The poster eventually explained why he asked …

I found this image on a Russian archeological website. It wasn’t even displayed. I had to search their image index myself. It just litsted 10,000 years old C.A. Which I believe means carbon analysis. What (**persons name removed**) is presenting could certainly be the answer,

Er … no … there is no “could”. It most certainly is the precise source, that exact image and many other similar images come from the cited source along with the precise and wholly credible explanation.

What is truly weird is that even after the right answer is clearly posted, other commenters leap in with further ET speculation.

Yes, the claims associated with this image do get a bit weird.

People see stuff they can’t explain, and so they respond with weird ideas. I’ll not bother linking to any of the actual weirdness out there associated with this, but instead will point you at an article within “Ancient American Explorer Magazine” that contains this precise image and discusses a claim about ancient stone softening plants …

For whatever reason fringe theorists and pseudoscientists have this belief that the megalithic sites in Peru and Bolivia used a rare plant that softens stone to mold them into place.It is said that there is a type of bird that lives deep in the Amazon basin that uses a plant to make its nests in stone. The plant supposedly has a chemical property that melts away or makes stone malleable.The stones at Sacsayhuaman look as if they were once clay molds and even show signs of vitrification on their outside layers.

There are however logical explanations that explain how the Inca and other groups in the area used round stones to shape these huge megaliths to where they look like the perfect fit.

In general, people do indeed cobble up weird stone softening claims when faced with examples of impressive stonework, but how such ancient artefacts were actually created is understood. As a bit of a hint, that subject-matter-expert explanation regarding ancient stone monuments tends to not involve aliens or mysterious stone melting plants.

The Reveal – It is Modern Artwork

The artefact, and many other similar items ,where created by Galician sculptor, Jose Manuel Castro Lopez. You can find him here on Facebook along with pictures of his artwork …

Here are some other examples of his work. 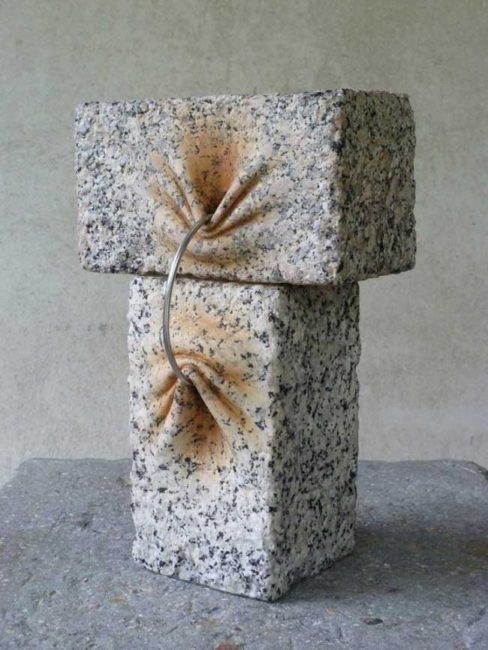 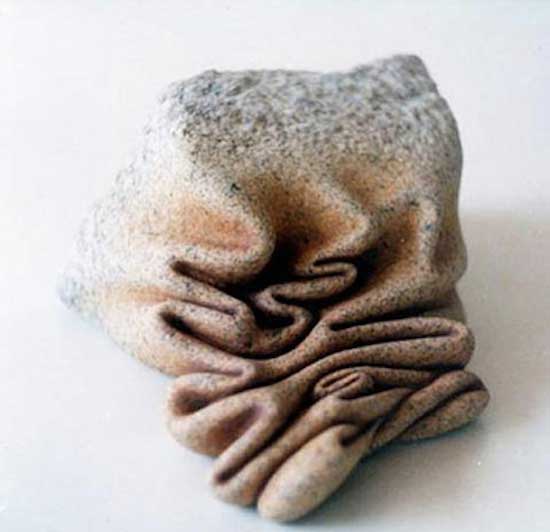 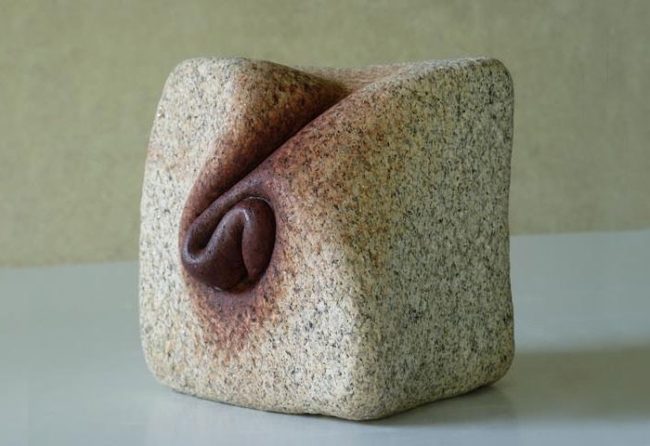 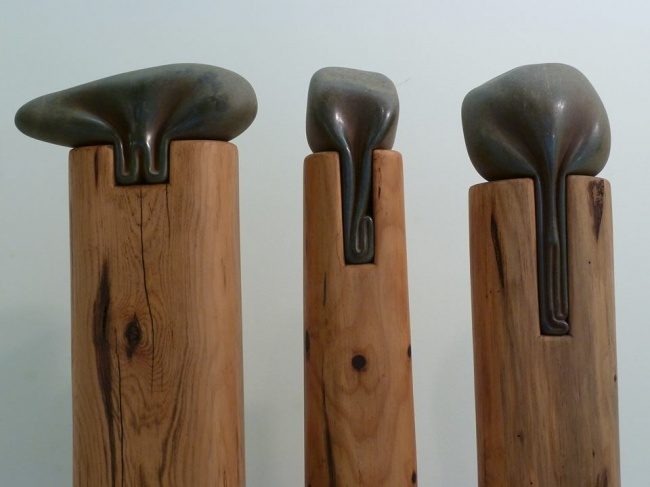 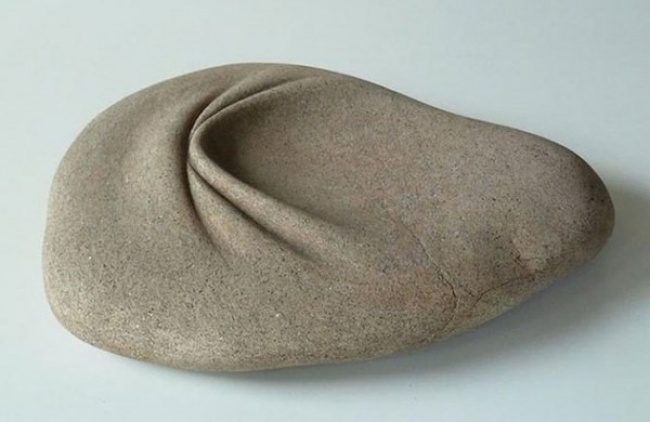 He is not melting stone, but as a sculptor he is carving it to shape. Here for examples are a series of shots of him working on a large piece … 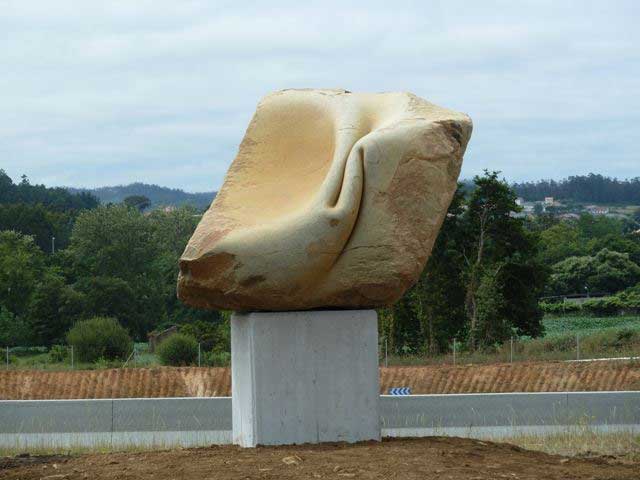 I do wonder how he feels about his work being attributed to ancient aliens or magical stone softening plants.

I suspect he is highly amused.

Further Links about the work of José Manuel Castro López

4 thoughts on “Is liquid rock possible?”