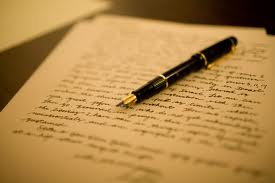 I came across an article on the JREF site that was posted yesterday and is all about a letter that Randi received from a Catholic Priest along with some cheap religious trinkets. Published also for us to all enjoy is Randi’s brilliant reply.

The letter from this Priest is everything one would expect. It contains lots of glowing remarks about all the great work that Randi has done over the years and then proceeds to try and convert him.  Is reason and logic being deployed? Nope, instead we find the usual religious trickery and attempts at psychological manipulation through fear … basically references to his age (he is now 85) and also lots of appeals to superstitious thinking.

In what other social context is such obnoxious behaviour acceptable?

So anyway, here in full is Randi’s brilliant reply. I quite enjoyed it and thought that you might also (and yes, he does indeed put quotes around the title “Father” at the start) …

“Father” Simonetti:
Concerning your fatuous letter of January 2, 2014, to me, I have a few comments.
You state that you are a “man of faith.”  I, too, am a man of faith, faith in the basic survival qualities of my species brought about by the wonderful process of evolution, which demands consideration, co-operation, understanding, respect, and love for those living entities that I relate to and work with every day. I know this may be a strange sort of philosophy to you, since you live by a book written centuries ago by early tribes of desperate folks who depended – as you do now – on rather silly rules involving what garments may be worn in combination, symbols, chants, and ceremonies. As you, yourself, apparently still choose to do.
No, I do not have any belief in any ghosts, deities, spirits, or demons, as you do. My beliefs are based on reality and facts, an attitude which I’m sure may offend you. Where I ever stated that Jesus Christ “could not have been born of a virgin,” as you quoted me, I cannot imagine. Similarly, I have never stated that a man cannot fly; that statement cannot be supported, if you are familiar with the accomplishments of the Wright brothers. Look it up. And, as a matter of fact – there’s that offensive word again – babies are now born from women who have opted to accept artificial insemination, and may well be virgins, by definition. Again, look it up…
As for your reference to God’s “plan of loving mercy and goodness” to which you refer in your letter, I have always found it impossible to understand that “plan,” having witnessed cruelty and other monstrous behavior – the Holocaust comes to mind. Over the last 85 years I’ve observed how nature – rightly – discards its bad experiments, and I’ve even interfered with that process by using kindness. But I speak to a happily deaf man…
Your inane postulation that I “doubt so much (I) must want to believe” has been offered to me many times, since the self-righteous cannot imagine that I am happy despite not having “eternal life” or “survival-after-death” to console me. Yes, as you pointedly mention in your letter, I have little time left to me, but my major concern – I assure you – is that I will have provided as best I can for those I will leave behind. Yes, I will die, and as I do so, I will hopefully have a smile for all present.
I note with amusement your unsupportable statement that “Faith [in gods, angels, heaven, etc.] and scientific truth are not opposed.” Sir, they are in all ways opposed. One depends on ancient rules, deep fear, hopes, and presumptions. The other accepts reality. I’ll opt for reality.
Spare me the nonsense on religious medal and the picture card you sent us. I have a few medals given to me for my accomplishments, but they are only tokens, visible, palpable, objects that I value because they indicate my effect on some portion of the public that I have reached through reason. Your “Blessed Mother” medal is something else entirely: a superstitious talisman.
Your incredible predictions of what will occur “if (I) still do not come to belief” show me an ego supported by the fear that if you do not rescue me from Hell, you’ll be scolded – or damned yourself. I assure you that my last thoughts will be for my family, my friends, my partner, and for my species, faulted though it is. There will be no fear. Twice in my life I have been faced with death, and both times my reaction has been anger that I was unable to finish my work. Think about that, if you’re permitted to do so by your rule book.
I leave you to your comforting superstitions.