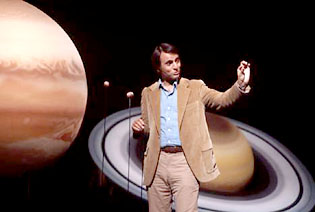 Do you remember Cosmos?

It was an amazing thirteen-part television series written by Carl Sagan, Ann Druyan (Carl Sagan’s wife) and Steven Soter, with Sagan as presenter and was first broadcast back in 1980. It became the most widely watched series in the history of American public television at that time, and has since then been broadcast in many different countries, so much so that an estimated 500 million people have now watched it.

Rather sadly Carl Sagan passed away in 1996 and so we shall never see anything like Cosmos ever again.

Cosmos is coming back, a new series has been made and the first episode will be broadcast on 9th March … yes just one week from now.

Can it ever be the same without Carl?

when I applied to Cornell, my application dripped of my passion for the study and research of the Universe. Somehow the admissions office brought my application to the attention of the late Dr. Sagan, and he actually took the initiative and care to contact me. He was very inspirational and a most powerful influence. Dr. Sagan was as great as the universe, an effective mentor. 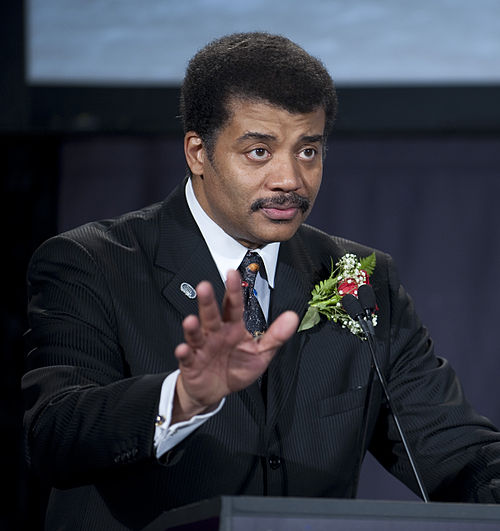 Will it really worK?

Fox think so, they recognise that investing in this new series is a risk, but think that it really will work. An executive there is quoted as saying … “we believe this can have the same massive cultural impact that the original series delivered,” and so they have committed the network’s resources to the show.

Tyson is quoted as saying … “We want to make a program that is not simply a sequel to the first, but issues forth from the times in which we are making it, so that it matters to those who is this emergent 21st century audience.” He also observes that due to the recent successes of science-oriented shows like The Big Bang Theory, and CSI: Crime Scene Investigation and films like Gravity, that “science has become mainstream” and expects Cosmos “will land on hugely fertile ground.”

So back to that question … will it really work?, well to answer that, here is the Trailer … and the answer is, yes, it really will.