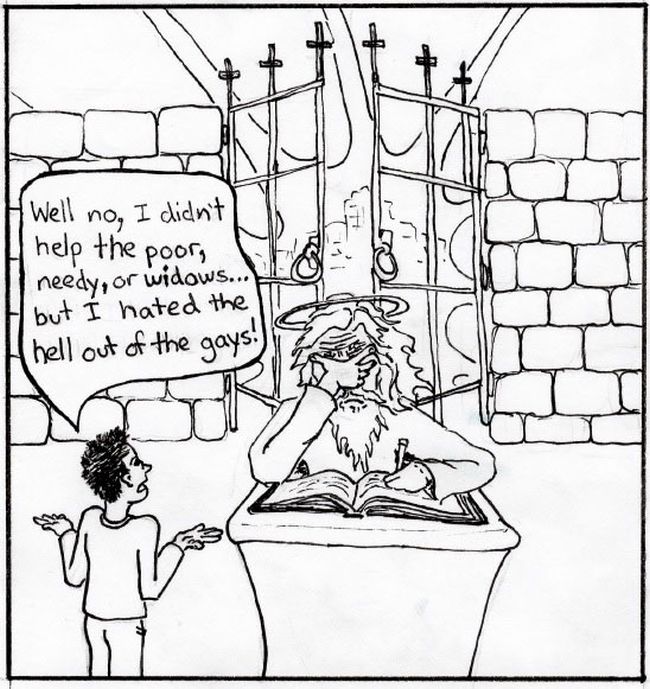 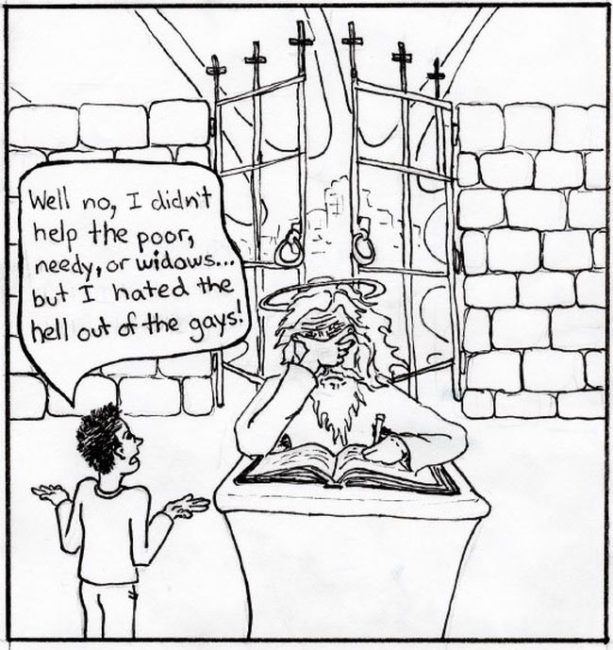 Because I blog every day I find that I tend to fall into a pattern. About once a week I scan the news and list out items that happened during the past seven days that is utterly absurd and has been inspired by religious belief.

Key Point 1: The list is not a suggestion or a claim that all religious people behave like this. The vast majority don’t, they are in my experience generally decent honourable people who don’t wish any ill will towards anybody.

Key Point 2: Many would point out “That’s not us, we don’t believe that“. I believe them. Belief is vastly diverse to such a degree that being advised that somebody is a “Christian” does not tell you very much, not even their politics. For example, there is a Christian Right, a Christian Left, lots in-between, and also many who walk completely away from all politics.

If people are going to make silly daft claims or obnoxious sweeping statements in public then they don’t get a free pass simply because it is a personal belief. Instead it deserves to be highlighted so that the idea being promoted faces ridicule and mockery.

I’ll explain my “Bigotry” question after the list. That relates to something that happened last week in /r/atheism on Reddit.

So what has happened in the Last 7 days

This is not a definitive list, but instead is simply a list of items that caught my eye. Additionally, don’t take my associated comments too seriously.

Rather a lot of Support for the very blatantly non-Christian Trump persists. It demonstrates that values don’t actually matter as long as they can have power and control the political agenda …

These are the blatant in-you-face con men, the outright fraudsters …

… and remember, all of the above is stuff that popped up in the News cycle in just the last seven days.

In a social media context I’ve tended to be mostly a Facebook and also Twitter type of guy, but recently I’ve started to dip my toe into Reddit.

First commenter, kindly pointed out that I can’t just post my own content. It is a community and so I need to contribute and interact with people. He is right of course, Reddit is not an rss reader, but instead is people. That was a wholly valid and appropriate criticism.

What however did quite frankly astonish me is that the posting was labelled “Bigotry”, and all commenting was locked out by one of the moderators.

I reached out to the moderator who did it, and this is how our conversation went … 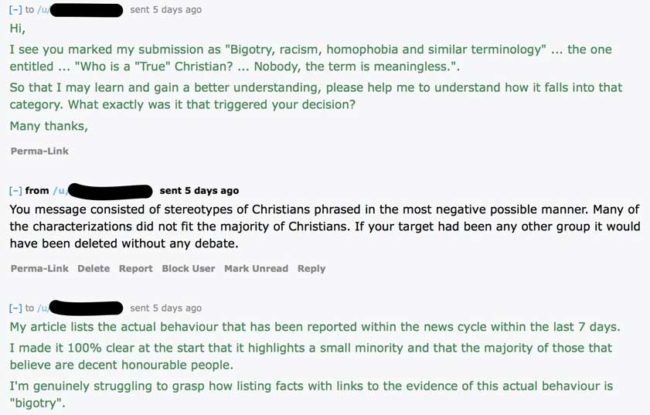 He opted to not reply to that.

So on to my question

I’ll drop this into reddit to see what those there think, so this is really for them to comment, but of course everybody and anybody is free to email me or to simply drop an anonymous comment below.

Here are a couple of additional statements

I’m not making a claim that all religious people are like this. I do make that crystal clear, and yet I do also have to question if I’m wrong, and so I’m open to the idea of valid reason-based counter arguments.

I do also have to consider another possibility. Something might, or might not, be seriously off kilter with the moderation of /r/atheism. I’m not wholly familiar with the history of it all but clearly something happened at one point to inspire the creation of /r/AtheismRebooted

In the end I do perhaps also need to make peace with one fact. While I did once believe, I was a speaking-in-tongues fundamentalist, I no longer believe, and so when it comes to some of those that moderate /r/atheism, while we might agree on that one question, we might not actually agree on anything else at all.

What happens to this posting in reddit will be interesting to see. If it is simply tagged “bigotry” or removed with no discussion or debate then that perhaps tells me a great deal.

All comments welcomed and appreciated … even those that simply do not agree with my stance.