The UK’s Mirror has a rather good article (yes really, the Mirror) that exposes a couple of fraudsters who are conning gullible people. So lets take a quick tour of each in turn. 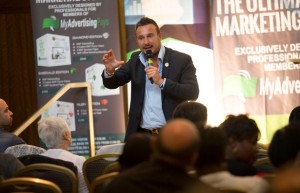 Simon Stepsys – “Buy my plan and get instantly rich”

The first in our rogues gallery is a chap who claims that he can make you instantly rich by simply signing up to a business opportunity called My Advertising Pays (MAPs). Curious about what was up they sent a reporter in …

To find out more my colleague Laura Connor went to one of his “Business Opportunity Presentation and Training Days”, which have the fervour of an ­evangelical rally.

One man declared it was a “beautiful day” when he packed in his job of 15 years to go full-time with MAPs.

When another recruit got on stage to claim he’s quitting his job, the 200-strong crowd burst into cheers and applause.

A speaker with the title of Diamond Destiny Coach gushed how MAPs was your calling, and not joining “would destroy you”.

MAPs is based on the idea that you can get a slice of the $1billion spent on online advertising every day.

There’s a cost, of course – you need to buy what the scheme calls credit packs. A Diamond Box credit pack will give you a website, a blog, six different ­promotional videos and set you back £699.95.

It’s a con (you knew that right?), and that is a fact and not simply an opinion because the UKs Advertising Standards Authority has received numerous complaints and passed an official ruling on it. He also has a bit of history here …

He is well known for running many variations of this scam …

In the past 17 years he has been behind at least 33 money-making websites, including Extreme2ndIncome, Amazing 2ndIncome.com and Empower.

My Advertising Pays Limited doesn’t look like it will last any longer than the others – it is due to be struck off the register of companies next month.

And according to the only set of filed accounts, Simon Stepsys Success
International Limited has assets of just £2,724.

… so clearly it is not working for him.

On to Rogue Number 2. 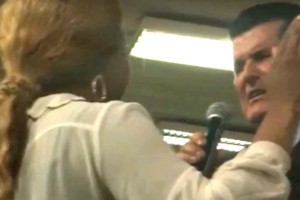 This is a chap that I’m quite familiar with, and is well-known as the guy exposed by James Randi back in the 1980s as a fraud. He went bankrupt after that and so you might think he had learned something from it all. Apparently not, he has bounced back up like a rubber duck and is once again running a religious scam and that includes reaching out to the UK. The insights within the Mirror article all come via Michael Marshall of the Good Thinking Society. They have been conducting a six month long campaign where they explain on their website ...

In May 2015, Popoff appeared at the Troxy Theatre in London, where he claimed to heal sick members of the 2,000-strong audience, before soliciting cash donations. By our rough estimate, he is likely to have received more than £40,000 on that day alone. What’s more, one of the audience members allegedly healed by Popoff’s touch had previously been seen helping with event organisation. It seems possible that she was a member of Popoff’s own team, embedded into the audience.

We’ve shared our findings with the City of London police Action Fraud team for further investigation. We’ll be sure to keep you up to date on any developments.

Basically Popoff is running the “Send me $$ and God will make you rich” scam, that is indeed guaranteed to create a flow of wealth, but not to his donors from God, but rather from his donors to him.

What makes him (and others like him) rather interesting is that the normal social rules don’t apply as they did to the first rogue. In this case, because religion is in the mix, he has no need to substantiate anything at all and can make the most outrageous and absurd claims. We have a cultural expectation that this is just fine – but fraud is still fraud even if it wears a religious mask. In the case of Popoff it is not simply self deception, it is indeed very deliberate fraud that is specifically designed to enrich Mr Popoff by conning people. He does this because it works, in 2005 (the last year he actually reported any financial details), he made over $23 million.

Least you still wonder, here are a few statistics for you …

… and yet people still flock to donate and that can only leave you screaming out at them, “What is wrong with you, this guy is a well-known fraudster, can’t you simply take 10 seconds to google his name?“.

It is also a classic example of why promoting critical thinking matters.