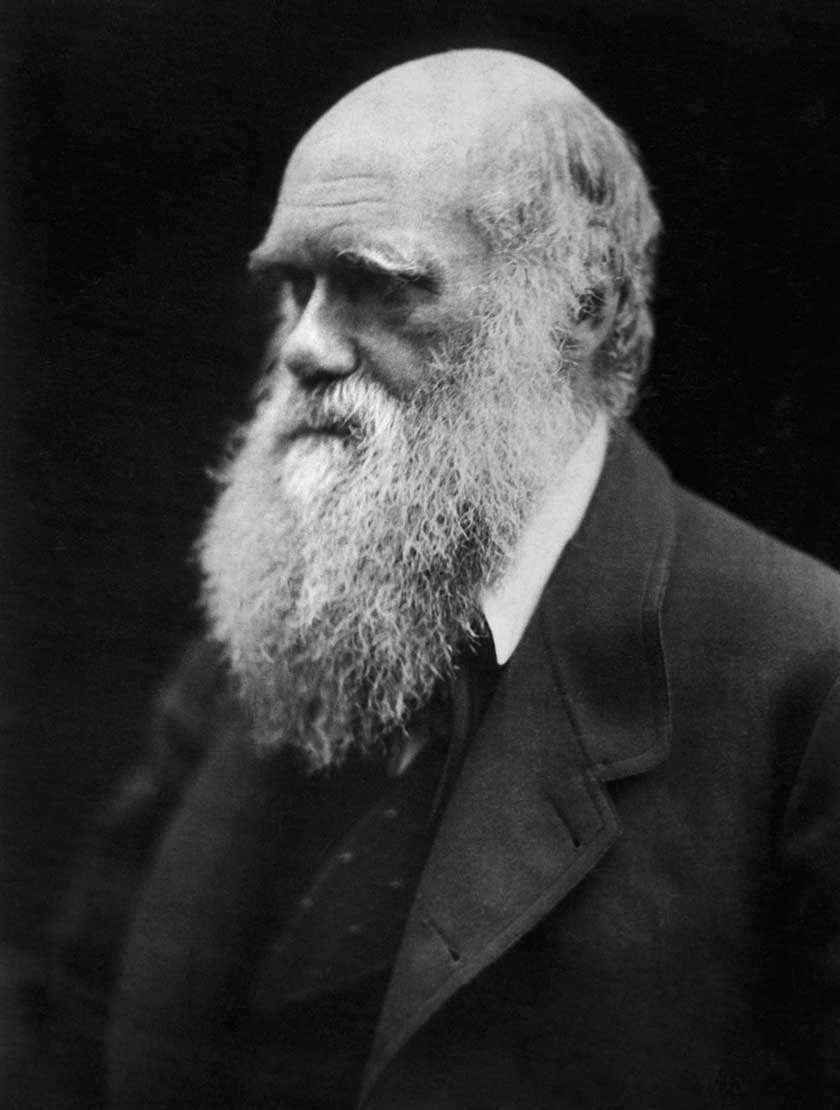 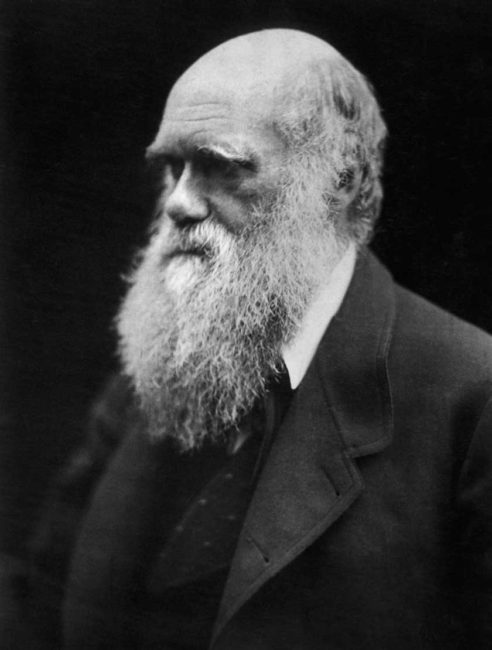 Today is officially International Darwin day. No seriously, it really is, I’m not making that up, the 12th February is officially Darwin day. It was chosen because Charles Darwin was born on 12th February 1809, and so it is celebrated all around the world today. Celebrating the life and works of Charles Darwin goes right back to his death in 1882, but since about the 1970s it has been increasingly popular.

There are numerous popular myths surrounding both him, his works, and also his life, so within today’s posting it is perhaps appropriate to address a common selection of these.

1. Evolution is just a theory

This is perhaps one of the most commonly cited claims made by creationists and so this is perhaps the best one to start with. When the term “The Theory of Evolution” is used, this is a reference to a scientific theory.

The word “theory” is often commonly deployed in daily language to mean a made up guess. For example “I have seen somebody do X, and I have a theory why they did that”. As a stark contrast, the term “Scientific Theory” means something completely different. It is a reference to an explanation for something that has been rigorously tested and verified to be not wrong.

There are other examples of the use of the word “theory” being used to describe something that is both robust, solid, and not simply a wild guess, for example “germ theory”, “musical theory”, or a “mathematical theory”. Nobody would seriously consider the things being referred to in any of those terms to be a wild guess.

What of course is quite frankly fascinating is that this has been debunked over and over, yet it keeps popping up. That in itself tells you a great deal about the integrity or honesty of those that actually deploy this claim.

2. Survival of the fittest

This is not a term created by Darwin, but instead was coined by Herbert Spencer after reading the Origin of the Species, the term Darwin leaned towards was “natural selection”.

Reading the phrase “survival of the fittest” tends to suggest a mode of thinking that suggests something akin to a belief along the lines of a philosophy that led to a belief in a Nazi master race. In context, that is not how Mr Spencer was using the term.  “fittest” is simply a biological term that means “Survival of the form that will leave the most copies of itself in successive generations.”.

3. Darwin was a Racist

Er no … seriously just no. The evidence from his life and his own words is quite the opposite of that. I posted about this a couple of years ago in great detail. The best way to address this briefly is to simply quote Darwin himself discussing human variations …

Although the existing races of man differ in many respects, as in colour, hair, shape of skull, proportions of the body, &c., yet if their whole organisation be taken into consideration they are found to resemble each other closely in a multitude of points. Many of these points are of so unimportant or of so singular a nature, that it is extremely improbable that they should have been independently acquired by aboriginally distinct species or races. The same remark holds good with equal or greater force with respect to the numerous points of mental similarity between the most distinct races of man. The American aborigines, Negroes and Europeans differ as much from each other in mind as any three races that can be named; yet I was incessantly struck, whilst living with the Fuegians on board the Beagle, with the many little traits of character, shewing how similar their minds were to ours; and so it was with a full-blooded negro with whom I happened once to be intimate

This is a complete revolution, and was quite contrary to the popular thinking of that time. He clearly did not believe that “savages” were savage by birth, as many people did in his time, but rather that all humans were relatively equal, and that the  differences between civilized Europeans and tribal peoples were due to knowledge and instruction.

There are people who do seriously advance this belief. The rather fatal flaw is that evolution is simply descriptive – it describes why things are they way they are. It is not proscriptive, it does not tell anybody what to do or how to behave.

“But he uses the term “races” within the Origin of the species“, might be a rebuttal.

True indeed, let’s pick out a few examples from Chapter 1 so that you can see what the word means.

…it seems to me not improbable, that if we could succeed in naturalising, or were to cultivate, during many generations, the several races, for instance, of the cabbage, in very poor soil …

…When we look to the hereditary varieties or races of our domestic animals and plants, and compare them with species closely allied together, we generally perceive in each domestic race, as already remarked, less uniformity of character than in true species…

…Great as the differences are between the breeds of pigeons, I am fully convinced that the common opinion of naturalists is correct, namely, that all have descended from the rock-pigeon (Columba livia), including under this term several geographical races or sub-species…

Origin of the Species – Chapter 1

What soon becomes apparent is that when he wrote that in the 1850s he was using the word “race”, as in “several races, for instance, of the cabbage” in a way that we would use the word “species” today.

One further observation. In Nazi Germany, far from being hailed as an inspiration, all his works were vigorously banned.

Some variations of religious belief promoted the idea of superior and inferiors variations of humans on the basis that this is how God created things to be. Evolution challenged that notion and advocated that we are all related.

5. Darwin converted on his deathbed

There is a claim made by Lady Hope. She relates a story about Darwin and claims that he said this while dying:

“How I wish I had not expressed my theory of evolution as I have done.” He went on to say that he would like her to gather a congregation since he “would like to speak to them of Christ Jesus and His salvation, being in a state where he was eagerly savoring the heavenly anticipation of bliss.”

The problem with all of this is that there were many others surrounding him in his last days, and they all deny he said this or that Lady Hope even visited him.

His son specifically wrote this …

“Lady Hope’s account of my father’s views on religion is quite untrue. I have publicly accused her of falsehood, but have not seen any reply. My father’s agnostic point of view is given in my Life and Letters of Charles Darwin, Vol. I., pp. 304-317. You are at liberty to publish the above statement. Indeed, I shall be glad if you will do so. Yours faithfully, Francis Darwin. Brookthorpe, Gloucester. May 28, 1918.”

“I was present at his deathbed. Lady Hope was not present during his last illness, or any illness. I believe he never even saw her, but in any case she had no influence over him in any department of thought or belief. He never recanted any of his scientific views, either then or earlier. We think the story of his conversion was fabricated in the U.S.A. The whole story has no foundation whatever.”

Since it is Darwin day, then the last word should be Darwin’s own words and not mine. I’ve selected two quotes …

It has often and confidently been asserted, that man’s origin can never be known: but ignorance more frequently begets confidence than does knowledge: it is those who know little, and not those who know much, who so positively assert that this or that problem will never be solved by science. – Descent of Man – volume I, “Introduction”, page 3

As man advances in civilisation, and small tribes are united into larger communities, the simplest reason would tell each individual that he ought to extend his social instincts and sympathies to all the members of the same nation, though personally unknown to him. This point being once reached, there is only an artificial barrier to prevent his sympathies extending to the men of all nations and races. If, indeed, such men are separated from him by great differences in appearance or habits, experience unfortunately shows us how long it is, before we look at them as our fellow-creatures. … This virtue, one of the noblest with which man is endowed, seems to arise incidentally from our sympathies becoming more tender and more widely diffused, until they are extended to all sentient beings. As soon as this virtue is honoured and practised by some few men, it spreads through instruction and example to the young, and eventually becomes incorporated in public opinion. – The Descent of Man – volume I, chapter III: “Comparison of the Mental Powers of Man and the Lower Animals — continued”, pages 100-101