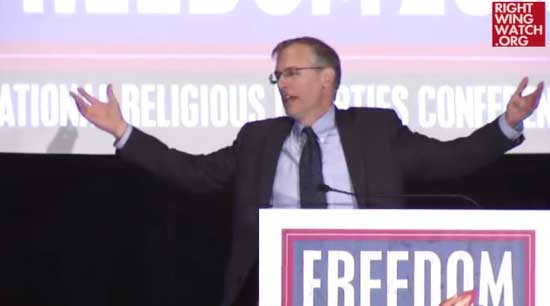 Welcome to this week’s weird religious news posting. Extreme religious belief and right-wing politics are both in many respects similar. Those that embrace such positions tend to be driven by emotional fears, and that drives them towards the preservation of existing traditions and ideas. When faced with alternatives then they will quite naturally resist.

Facts generally play no part because the primary force in play is human emotion, so it is perhaps almost inevitable for weird beliefs and myths to be promoted within this arena as “truth”.

This week my top three picks of religious weirdness illustrate this.

The first items is Trump promoting “traditional values” that focuses exclusively on the very narrow right-wing demographic. The traditional ideas being promoted have no basis in historical reality, it is religious-political mythology being promoted as fact, and simply panders to his support base. They have been good boys because they continue to support him, so he is tossing them a bone as a reward.

The second is yet another example. It is a new modern myth that has no apparent factual basis being promoted as fact.

The final item is one in which the victims who spoke out are being blamed as the real motivation for the behaviour of a sexual predator. This is a rather blatant and quite frankly obnoxious attempt to distort reality so that it conforms to a preconceived notion.

None of this is really unique, and it is the way things are promoted within the right-wing religious arena. There are many other items that also popped up doing the past week that reveal similar patterns, and so what you have below are not the top three examples, but instead an almost random selection of three that I picked. 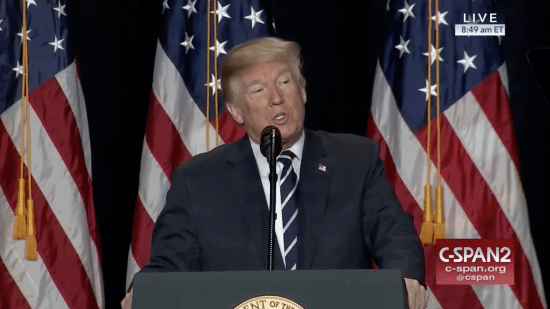 Since 1953 the US president has traditionally given a talk at an annual National Prayer Breakfast. One year ago when Trump gave his first speech it was quite frankly a complete farce. He basically used it as an opportunity to stick the knife into Arnold Schwarzenegger by calling for those there to pray for Arnold because Trump claimed that he had made such a hash of of role as the new host of The Apprentice. Oh and let’s not forget that he also promised to repeal the Johnson Amendment during that talk – which has turned out to be yet another broken promise.

It is now one year later, so has he learned any lessons from that, could he have at least asked somebody clued in to write him an appropriate bland speech?

Apparently not, but that is perhaps predictable.

The American Humanist Association (AHA) calls President Trump’s anti-science and overtly Christian speech at today’s National Prayer Breakfast an attack on one of the fastest growing demographics in the nation. As the number of non-Christian and nontheist Americans continues to rise, Trump’s blatant preferential treatment of sectarian Christian faith excluded more than 35% of American citizens.

Past Presidents have repeatedly acknowledged humanists, nonthesists, and non-Christians, even in their Prayer Breakfast remarks, adhering to the First Amendment concept that government be neutral on matters of religion. “The compassion and decency of the American people is expressed… by Americans of every faith, and no faith, uniting around a common purpose,” President Obama stated at the 2010 Prayer Breakfast. President Trump, however, not only spoke in solely Christian terms—referencing “Jesus Christ” specifically—but by attributing human rights to a deity and proposing that these rights are protected by this deity, he abdicates government’s critical role in ensuring the freedom of and from religion.

For the curious a full online transcript of his talk is available here, but be wary, you will rapidly find yourself wading deeply into religious waffle.

Roy Speckhardt, executive director of the AHA, summed it all up as follows …

“Trump has taken these government endorsed prayer breakfasts to a new low, demonstrating his ignorance and disdain for the growing diversity of faiths and philosophies found in the country he’s supposed to be leading. ”

One can only wonder if Trump’s talk is a weird conversion strategy. When faced with such rhetoric, many non-believers have been heard to exclaim “Jesus!” or “Oh my God!” or other similar phrases.

“The first lady, in that five hours when the Obamas and the Trumps went down to the Capitol and Trump was being sworn in as the 45th president of the United States,” Begley claimed, “Melania Trump said to her husband, ‘I’m not going to go into that White House unless it has been completely exorcised.’”

Claiming that when the Obamas lived there, the White House was filled with “all kinds of idol gods and images and all kinds of artifacts in there that were demonic,” Begley claimed that “Melania said, ‘You’ve got to get all of that out of there and send in some preachers and priests to go in and cleanse the White House or I will not spend on night in it.’”

“During that five hours when they were ripping out carpets and changing drapes,” Begley said, “there were people in there packing up every idol. The only thing that was left, Sheila, was one cross on one wall. They cleansed the White House. They had people in there anointing it with oil and praying everywhere.”

As noted by one commenter …

If she was hoping to get rid of demons, the preachers and priests missed the obvious one in the Oval Office.

The real problem here is that this guy is simply making stuff up. There is no evidence that Melania Trump, who is actually Catholic,  is deeply religious in any meaningful way and so would actually behave like this. This feels like a made-up myth being promoted as fact.

Gosh, we have never seen a religious Pastor do that before.

Item 3 – Christian Pastor: The Larry Nassar Scandal is the Fault of Immodest Gymnasts

Pastor Kevin Swanson, a well-known religious extremist who has a consistent track record of promoting weird ideas, has popped up  with the following (via Right-Wing watch) …

On his radio program today, extremist anti-LGBTQ pastor Kevin Swanson attributed USA Gymnastics doctor Larry Nassar’s sexual abuse of more than 150 women and girls he treated, in part, to the fact that gymnastics encourages “a fair amount of immodesty.”

Citing a variety of supposed dangers, such as the use of open showers, Swanson warned Christian parents against allowing their children to participate in sports because “sports tend to focus on the body.”

“There is an infatuation with the body,” he said, “and, of course, the sexual aspects of the body as well. Some sports encourage immodesty, revealing large portions of the body and this happens in some sports. These are the risky sports. Here they are, what are the risky sports? Gymnastics. Gymnastics and swimming. These are the sports in which there is an added risk.”

“Why are all of the gymnasts [at] more of a risk than other sports?” Swanson asked. “Do you really want your daughters involved in a sport that involves a fair amount of immodesty in which red-blooded American male coaches are interacting with these girls? Or, worse yet, where the infatuation of the body eventually effects the lesbian coaches?”

Swanson credited the “providence of God” for bringing to light the revelations about Nassar because “God is not going to put up with 20 years of this.”

Regarding the idea of being modestly dressed, the abuser Larry Nassar was a doctor. When his victims attended his office for a medical he abused them. What the actual frack has being “modestly dressed” got to do with that?

I would have no problem with my daughter attending a Gymnastics class. I would however be incredibly concerned if the coach happened to be Kevin Swanson, because he can’t apparently discern the difference between an abuser and his victims.