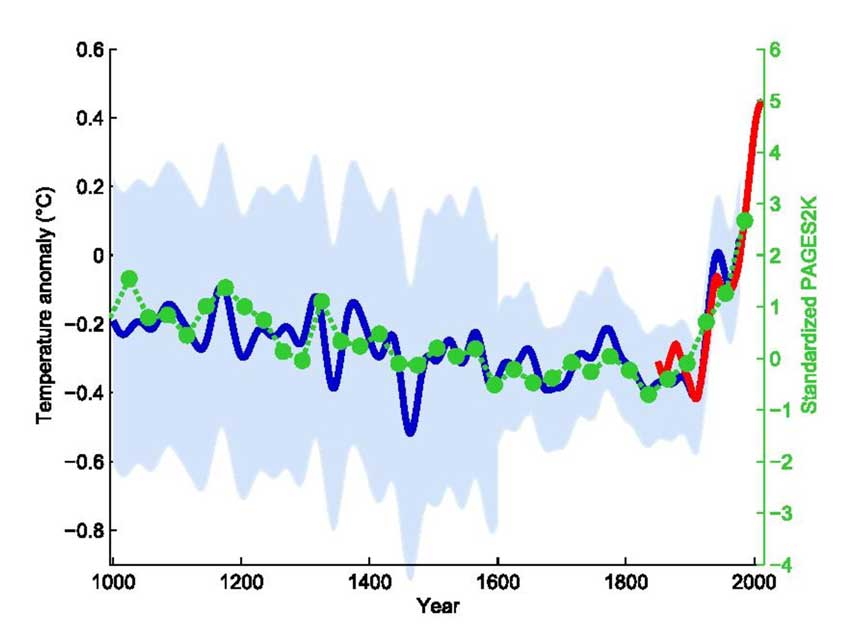 I recently came across the claim that the well-known climate scientist Michael E Mann had ruined his long running defamation lawsuit by committing contempt of court. It was basically being tossed in my face by an anti-science guy as “evidence” a few days ago. Finding this being touted is perhaps not a surprise because if you take a peek into the denialist anti-science camp then you will find it being touted as a fact … [link has rel=”nofollow“]

The defendant in the libel trial, the 79-year-old Canadian climatologist, Dr Tim Ball (above, right) is expected to instruct his British Columbia attorneys to trigger mandatory punitive court sanctions, including a ruling that Mann did act with criminal intent when using public funds to commit climate data fraud. Mann’s imminent defeat is set to send shock waves worldwide within the climate science community as the outcome will be both a legal and scientific vindication of U.S. President Donald Trump’s claims that climate scare stories are a “hoax.”

The alpha source for this claim, written originally by John O’Sullivan, is here where the above text was cut and pasted from word for word and then claimed as the work of somebody else.[this link also has rel=”nofollow“]

It is all nonsense, every bit of it.

There is much that can be said about all of this and so I recommend reading Greg’s posting on it. Of note …

John O’Sullivan, the author of this latest claim, also claims to be a lawyer, but he is not …

O’Sullivan claimed that he was an experienced attorney with an excellent record in New York and US federal courts. He isn’t. He identified a major law firm that he worked for. He didn’t work for them. He claims a fairly imporessive writing resume including some major outlets such as Forbes. None of that was true. He claims to be a member of the American Bar association but isn’t. He may or may not have a fake law degree from an on line alt-degree mill.

The claim that climate data is being kept secret is nonsense …

Let’s begin right away with the data that is supposedly being held secret. They are HERE They have always been there. Anytime anyone says “where’s the data, Michael Mann” just send them there, where the data are.

But the real cherry on the cake here is the utterly absurd claim that Michael E Mann is now in contempt of court for not providing this not so secret data that has always been in the public domain. Michael E Mann himself nicely sums that up with the following statement made via his attorney Roger McConchie  …) (Dated 6th July 2017)

Contrary to the nonsensical allegations made by John O’Sullivan in his July 4 posted on climatechangedispatch.com and elsewhere, plaintiff Michael Mann has fully complied with all of his disclosure obligations to the defendant Tim Ball relating to
data and other documents.

No judge has made any order or given any direction, however minor or inconsequential, that Michael Mann surrender any data or any documents to Tim Ball for any purpose.

Accordingly it should be plain and obvious to anyone with a modicum of common sense that Mann could not possibly be in contempt of court.

In this context, O’Sullivan’s suggestion that Ball “is expected to instruct his British Columbia attorneys to trigger mandatory punitive court sanctions” against Mann is simply divorced from reality.

Finally, a word about the actual issues in the British Columbia lawsuit.

If O’Sullivan had read Ball’s statement of defence, he would immediately see that Ball does not intend to ask the BC Court to rule that Mann committed climate data fraud, or that Mann in fact did anything with criminal intent.

O’Sullivan would have noticed that one of Ball’s defences is that the words he spoke about Mann (which are the subject of Mann’s lawsuit) were said in “jest.”

The BC Court will not be asked to decide whether or not climate change is real.

So there is no chance whatsoever that any BC Court verdict about Mann’s libel claims against Ball will vindicate Donald Trump’s perspective on climate change.