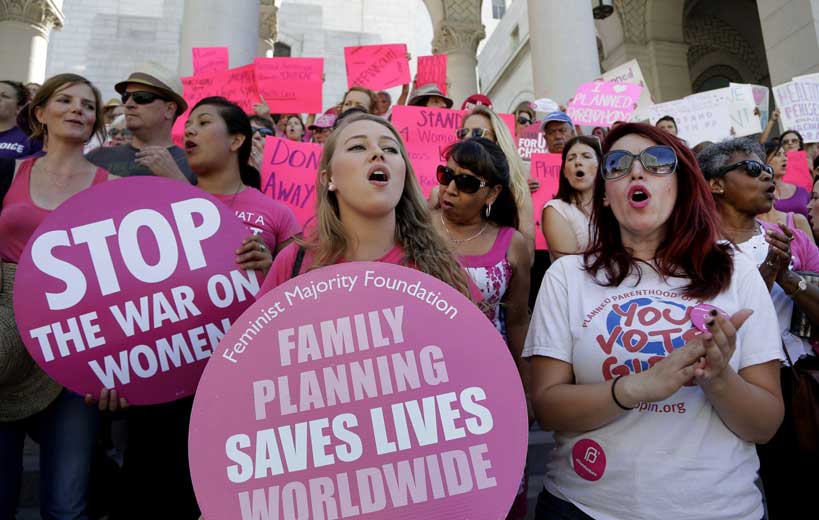 The term “weird” is perhaps a relative term. Often ideas that are highly unusual and bizarre will be appropriated culturally and so they become accepted as normal and not weird. Belief often operates as a mini-culture that is distinctly different and so it can and does contain things that our wider society will recognise as weird because it stands out.

Such weirdness is a complete spectrum that consists of very moderate differences that nobody will notice, and can then scale up to rather extreme positions that involve complete isolation from the cultural norms. Examples of complete isolation from society are of course obvious, for example Catholic Nuns and Monks who live within isolated closed orders, or the Amish who reject modernity and still ride around in horse pulled buggies. It tends not to be binary and so you will finds a vast diversity of shades of each of those. Beyond the well-known, there are also many hidden communities that are not so well-known and so they exist beyond our cultural collective consciousness.

I’ve started, one a week, writing a post that consists of my top 3 items of news that highlights items that have popped up during the past 7 days. It is in one sense entertaining and also interesting. It is perhaps also important to push back against ideas that are neither factual nor ethical and fully deserve ridicule, and so ensure that such daftness does not become part of our social “normal”.

Here is my pick for this week.

Hosts that are completely gluten-free are invalid matter for the celebration of the Eucharist. Low-gluten hosts (partially gluten-free) are valid matter, provided they contain a sufficient amount of gluten to obtain the confection of bread without the addition of foreign materials and without the use of procedures that would alter the nature of bread.

If you happen to be Catholic and also have an issue with Gluten, then you now have a problem.

It is also quite hilarious to observe that the God who supposedly created the entire universe, all 2 trillion galaxies, each with hundreds of billions of stars, is a tad stuck if a bit of wafer does not contain Gluten, and apparently can’t work some magic if it is missing. 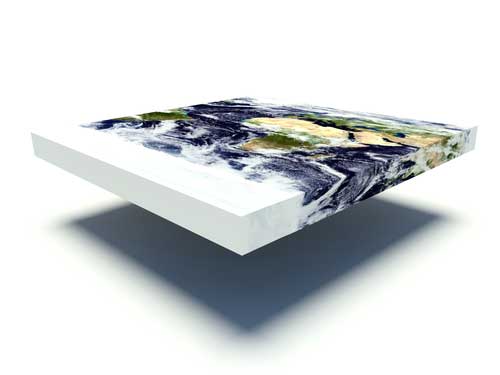 Because who gives a damn about science, reason, and thousands of years of wisdom?

The Denver Post‘s Graham Ambrose reports on the growth of the fringe, evidence-free movement in Colorado:

“This is a new awakening,” [Colorado group founder John] Vnuk says with a spark in his earth-blue eyes. “Some will accept it, some won’t. But love it or hate it, you can’t ignore Flat Earth.”

The Fort Collins group — mostly white and mostly male, college-age to septuagenarian — touts itself as the first community of Flat Earthers in the United States. Sister groups have since spawned in Boston, New York, Houston, Philadelphia, Phoenix and Chicago.

“There’s so much evidence once you set aside your preprogrammed learning and begin to look at things objectively with a critical eye,” says Bob Knodel, a Denver resident and featured guest at a recent Tuesday meeting. “You learn soon that what we’re taught is mainly propaganda.”

This should be obvious, but it’s possible to be so open-minded that your brain falls out. Just because you question the beliefs of the majority doesn’t mean you’re automatically a critical thinker. You can’t just throw around the word “propaganda” to describe accepted knowledge unless you have evidence to back it up — and the Reality Deniers don’t have any.

There is a term that can accurately describe those that embrace a flat-earth belief. That term is “idiots”.

If you ever wondered how it is possible that so many voted a science-denying buffoon into the White House and still support him, then the observation there are many who happily deny reality might perhaps help in some small way to explain part of that.

If you are seriously struggling with this, then here is a link that might help – 10 Easy Ways You Can Tell For Yourself That The Earth Is Not Flat (Popular Science). 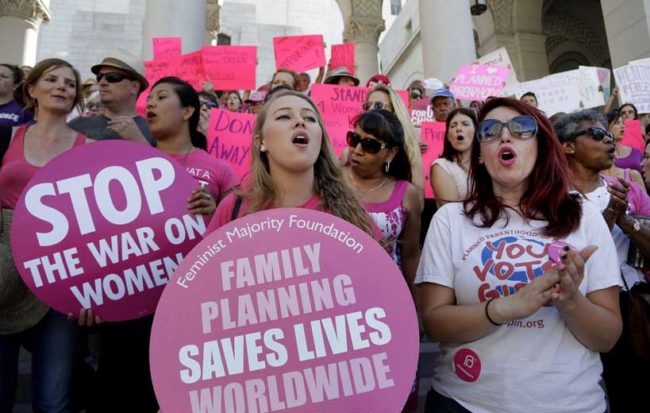 The religious stance against Abortion inspired the US state of Texas to defund Planned Parenthood. The Trump administration would now like to see that defunding happen on a national level across all states, and so the release of a new study this week on the consequences of such a step in Texas should give them some insights into what will happen if they do this.

Publicly funded family planning clinics provide low-cost and free contraception to nearly 1.5 million teens each year. In recent years, several states have considered legislation to defund family planning services, although little is known about how these cuts affect teen pregnancy. This paper ﬁlls this knowledge gap by exploiting a policy change in Texas that reduced funding for family planning services by 67 percent and resulted in over 80 clinic closures. I estimate the effects of the funding cuts on teen health outcomes using a difference-in-differences approach that compares the changes in teen birth rates in Texas counties that lost family planning funding to changes in counties outside of Texas with publicly funded clinics. I ﬁnd that reducing funding for family planning services in Texas increased teenbirth rates by approximately 3.4 percent over four years with effects concentrated 2-3 years after the initial cuts

Since the goal of this religiously inspired defunding was to reduce aborting rates, then we need to ask if that worked.

Nope, not at all, it had the reverse effect …

Although the primary stated objective of the funding cuts was to decrease abortion incidence, I find little evidence that reducing family planning funding achieved this goal… The results indicate that the funding cuts increased abortion rates by 4.9 percent 1-2 years after the funding cuts and 3.1 percent over three years.

Will such a revealing illustration of what a religiously inspired policy actually does change any minds?

Probably not, and so the religiously inspired attack against Planned Parenthood in order to decrease abortions will in reality greatly increase abortions.