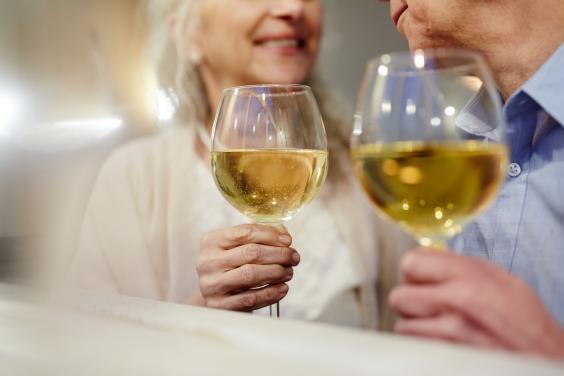 My first immediate thought was to wonder if this was a “study” sponsored by the beverage industry. In anticipation of that I looked, but no, that is not the story here, instead something else actually is.

So where exactly does this come from?

UC Irvine Institute for Memory Impairments and Neurological Disorders (UCI MIND) has an ongoing study since about 1981 into the 90+ age group. They have a very specific interest in gaining an understanding of what causes neurological disorders such as Alzheimer’s disease, frontotemporal dementia, Lewy body dementia, and Huntington’s diseases, so they study the oldest of the old.

The flurry of all the latest media hype comes via a talk given by Dr. Claudia Kawas, a UCI MIND faculty investigator. She gave a presentation an the American Association for the Advancement of Science’s annual conference that took place 15-19 Feb in Austin, TX and laid out findings from their 90+ study. She highlighted a link between moderate alcohol consumption and longevity …

In an observational study of participants age 90 and older, Dr. Kawas and her team found that consuming about two glasses of beer or wine daily was associated with 18% reduced risk of premature death. Findings also suggest regular exercise, social and cognitive engagement, and a few extra pounds in older age are associated with longevity.

So that’s it then, just drink a couple of glasses of wine or beer and you will live to be over 90 … right?

Er … no, seriously just no. Have a glass or two if you enjoy it, but be also fully aware that it is not medicine.

Yes, they have observed a correlation, but they have not established that people who lived to be 90+ did so because they drank one or two glasses of their beverage of choice per day.

Their actual paper that lays out the correlation has not just been published, it comes from 2007. What they found is that the elderly who drank a couple of glasses of anything at all with some alcohol reduced their risk of death by 15% when compared with those that did not drink.

There are a few rather obvious points to make here.

In other words, if you are drinking to enable a long life, then you are probably fooling yourself.

The 90+ study is not the only game in town

Should we be worried about our Alcohol use?

Probably yes if it is excessive, and to be clear, for many “normal” equates to “excessive”.

There is another study that has just been published within the Lancet that points to that answer. Entitled “Contribution of alcohol use disorders to the burden of dementia in France 2008–13: a nationwide retrospective cohort study”, and published about a week ago, they discovered something rather shocking. It appears to link alcohol consumption, with a marked decline in brain function.

Basically they pulled the medical records of about 1 million people in France who had been diagnosed with dementia and proceeded to look for other things that were associated with it, for example smoking, diabetes, blood pressure, etc…What they found is that the greatest predictor for dementia was having an alcohol use disorder. This association remained solid across all age groups studied, and it also remained solid across all different types of dementia, including Alzheimer’s disease.

“As with a lot of things, the dose makes the poison, Every year, more than three million deaths are linked to alcohol—so clearly, we drink alcohol in quantities that are way too high.

So what do we know?

If there is a benefit to be derived, then it is only enabled as very moderate amounts, one or two glasses per day maximum, but remember that is a correlation and not a causal relationship.

While there are some things that we do know, there is also a great deal that we still don’t know. Like many things, simple easy answers just don’t exist, and so all we can honestly conclude is “it’s complicated”.

Bottom Line: Don’t use media stories when making lifestyle choices, and that remains doubly true when they are telling you something you really wish and hope is true, but probably is not.