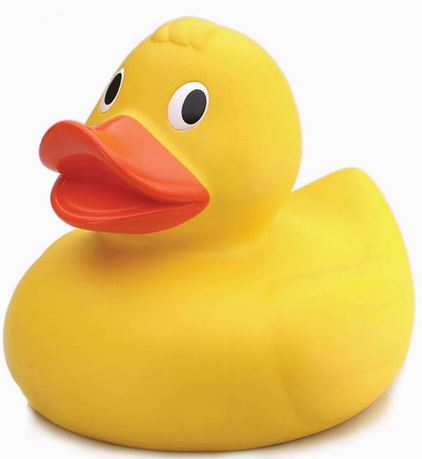 Alternative Medicine that actually works is called “Medicine”. The prefix “Alternative” usually means that it does not.

To quote the Wikipedia page on the topic …

Translation: If you see the word “Alternative”, “Complementary”, or “Integrative” prefixed to the word medicine, then run, because it is a big bold flashing red neon sign that announces “Here-be-bullshit”.

You do of course have to wonder why Alternative Medicine is popular. Gwyneth Paltrow of Goop fame might indeed be delighted to sell you a jade egg to stick up your nether regions, but her motivation is purely financial and is not in any way related to your wellbeing. No seriously, I’m not making that up, she really did what you to do that, and yes, real doctors advised that it was gold-plated grade-1 BS

OK, so why do some people embrace unproven alternatives?

Why do people opt for unproven Alternative Medicine?

There is an observation that mainstream medicine does not work for everybody. That however does not fully explain what is going on here. There are things within mainstream medicine that do actually work, and yet some will avoid such interventions and instead favour stuff the flies under the alternative banner.

Why would you avoid a treatment that has been proven to work and instead embrace something unproven and ineffective?

There are some insights into this.

Published within Personality and Individual Differences, the study questioned over 3,000 people about Alternative Medicine. Of interest to the researchers was an understanding of many other attributes. Did the polled individuals think intuitively or rationally, what were their beliefs regarding food, health, and values in general.

The insights gained from this study turned out to be rather fascinating.

A tendency towards intuitive thinking was positively associated to belief in alternative medicine, while a preference for rational thinking did not.

Supernatural belief was a predictor of belief in Alternative Medicine

The strongest predictors of CAM beliefs were believing in the paranormal and having magical food and health beliefs.

But what does this mean?

The way people think greatly influences acceptance of alternative medicine. Some ask themselves if something will work, hence they might hit pause if they find evidence to be lacking. For others it might feel right, so they don’t ask such questions. Instead they jump in.

An existing supernatural belief that the laws of nature can be broken also plays a role. If you belief in the soul and spirits, then you will be susceptible to being offered treatments that pander to the idea of altering energy flows.

How does knowing this help?

Understanding the pathways into woo, helps to inspire an approach that will cut to the real problem.

Marketing for Alternatives taps into the prevailing psychological tendency. It is structured in a way that is enticing at an intuitive level. Simple easy answers sit on the shelf on offer, and are packaged with customer claims that it is truly wonderful stuff and really works. Who could possibly resist?

Ideas that have been baked within the pseudoscientific oven generally offer the enticing aroma of viability.

To tackle this, mainstream medicine needs to up its game and move beyond engagement at a rational level. Those who think intuitively need to be engaged.

Timothy Caulfield, Professor of Health Law and Science Policy, makes these key observations (within an article published roughly a week ago) …

A body of evidence suggests that just correcting misinformation (debunking) will not change minds and may even cause some to become more entrenched in their misplaced views. …

In addition, because of our strong tendency to consume information that confirms our beliefs – a psychological phenomenon called the confirmation bias – we often do not even see, read or consider alternative views.

But facts do matter …

But despite these and many other psychological barriers that can make us less than receptive to evidence that might correct misinformation, presenting people with the facts can still make a difference. A 2015 study, for example, found that emphasizing the strength and breadth of the scientific consensus on a topic is an effective strategy, perhaps because this helps to correct perceptions of false balance (that is, the perception that the evidence on either side of an issue is more balanced or contested than it actually is). A 2019 study found that not responding publicly to science deniers on topics such as vaccination can have a negative effect on public beliefs and actions. The silence leaves inaccuracies unchecked. But the researchers also found that a fact-filled rebuttal that corrects specific inaccuracies can make a difference. The study found that not engaging on the issue – that is, silence from the experts – results in “the worst effect.”

However, the point that he makes is to move beyond just that as follows …

the battle against health misinformation will require science advocates to use a variety of engaging and creative communication strategies, including stories, images and art, and shareable messages that are social-media friendly (remember MediaSmarts’ House Hippo campaign?). Science needs to be inserted into the broader conversation in a way that will allow it to compete with the narrative-filled misinformation circulating in popular culture. Absorbing and entertaining science stories are everywhere. Let’s use them.