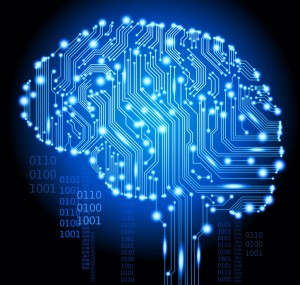 Does being religious justify being labelled “stupid?”.

The short simple answer is – No, there are plenty of very smart highly intelligent humans who are also religious, in fact some of the most famous thinkers, philosophers, and scientists in history have been religious.

Actually no, not at all, the things that are true, can be demonstrated to be true using solid objective independently verifiable evidence, and so the reason so many buy into other beliefs, is for cultural and emotional reasons, not because it is actually true at all.

OK, case closed then, religious belief does not correlate in any way to human intelligence.

… except that is not strictly true either.

A 2013 Meta-analysis of 63 studies conducted between 1928 and 2012 found that people who are more religious score worse on varying measures of intelligence.

Oh heck, so labelling religious people as “Stupid” is justifiable after all.

No wait, it’s not that simple (it never is), because the above is a correlation and does not in any way imply either a causal relationship, nor does it imply that it is a universal truth. For example, there are highly intelligent philosophers alive today who are theists, and some quite stupid people who are non-religious. As for verification of that last point, I can simply point out that I’m not religious.

OK, so the degree of intelligence in a human, can tend to create a leaning towards non-belief, why is it like that?

There are in fact three possible reasons, and these are as follows …

Is it universal that Intelligence leads to non-belief?

Actually no, I’m suggesting that it simply creates a natural nudge in that direction, but that need not imply that there is any certainty that non-belief will be the natural outcome of intelligence.

For example, a 2013 study that looks at what contemporary professional Philosophers believe found the following …

So yes, there is clearly a rather strong leaning towards non-belief, but note that it is not universally true, because 14.6% of these highly intelligent individuals lean towards theism. (and no, I have no idea was “other” means in this context, but then that is perhaps the non-conformist streak manifesting itself in a pool of individuals who are generally non-believers).

How Universal is the Meta-Analysis?

There are a few rather important additional points to note:

Are all religious people stupid? – No, not at all, you simply can’t say that because such a causal relationship has not been established, but it does appear to imply that intelligence can tend to create a rather natural gentle nudge that might, or might not, actually manifest itself as atheism.