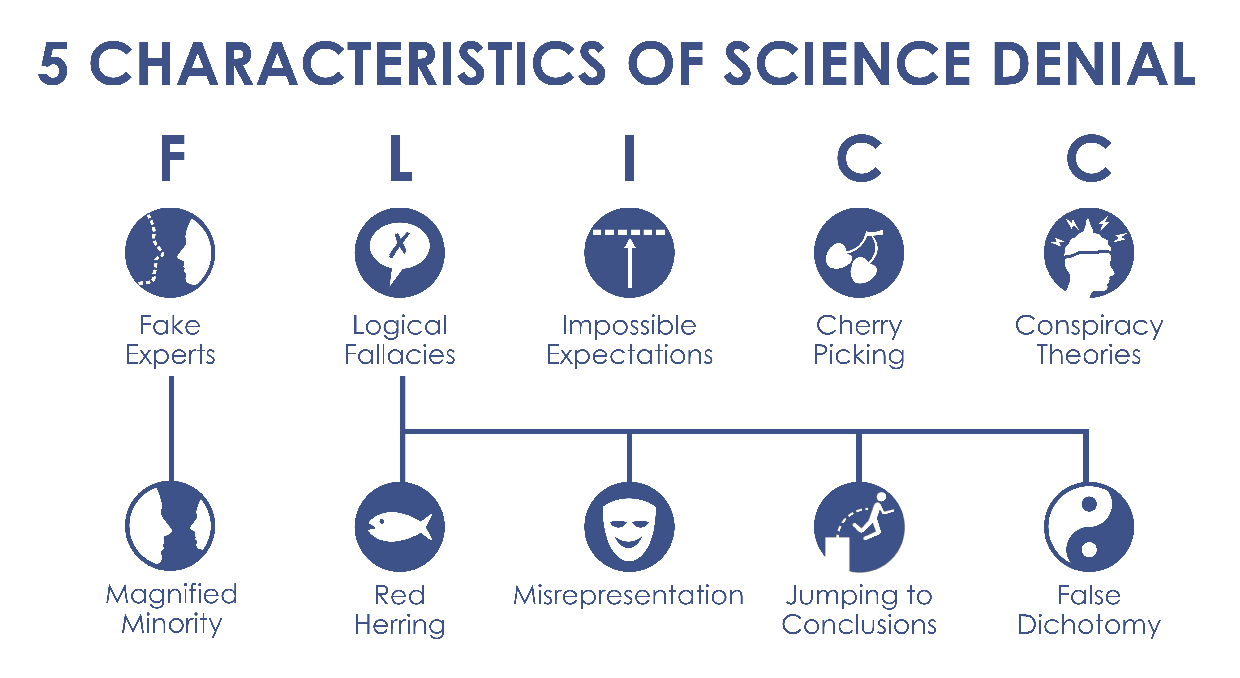 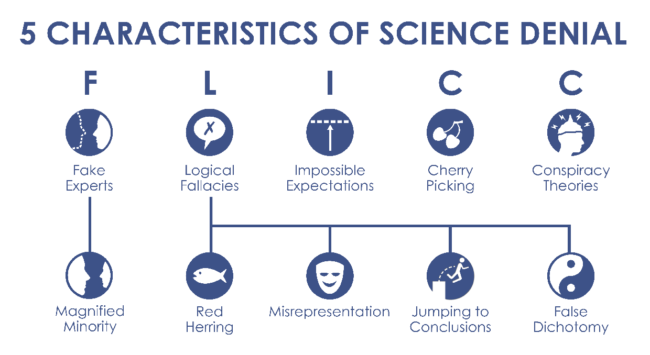 Not All Skepticism Is Equal: Exploring the Ideological Antecedents of Science Acceptance and Rejection

We report three studies—including an analysis of large-scale survey data—in which we systematically investigate the ideological antecedents of general faith in science and willingness to support science, as well as of science skepticism of climate change, vaccination, and genetic modification (GM).

Small quibble, the use of the word “skepticism”, as used above is not actually describing scientific skepticism. Instead they use it as a word that describes an outright denial of scientific evidence on the basis of no evidence at all.

Scientific skepticism is all about the rejection of claims that have no evidence, and the modification of your acceptance of something when better evidence emerges. Denial of climate change, vaccines and GM is the mirror image of this.

Why is this paper interesting?

We clearly live in an age where science is rejected and instead pseudoscience is embraced as fact. Common examples include …

None of the above positions are true at all, yet they are popular ideas that commonly circulate, so a paper such as the above matters because it is worth exploring why such ideas are popular and what is the engine that drives them.

Just to be wholly clear about this, the term “denier” is not a label to tag people you simply disagree with. Instead it is a wholly accurate position being taken by people who opt to reject well established facts.

Obviously education and scientific literacy help, but often those that promote such lunacy demonstrate an immunity to factual information, so simply explaining what we know and why we know it is often insufficient. Understanding why that is the case is a step towards a more meaningful and effective response.

What exactly did the researchers do for this study?

With a focus upon three specific topics – climate change, childhood vaccination, and genetic modification (GM) – they have identified four predictors of science acceptance and rejection:

… but these are not isolated predictors, so they looked at them all to see how they related.

The precise details of exactly what they did is long and detailed (very long), but if curious you can read it all here. I’ll skip that, and instead lay out the results for you.

Now this is interesting …

Overall, science understanding is associated with vaccine and GM food acceptance, but not climate change acceptance.

Importantly, different ideological predictors are related to the acceptance of different scientific findings.

GM food skepticism is not fueled by religious or political ideology.

Finally, religious conservatives consistently display a low faith in science and an unwillingness to support science. Thus, science acceptance and rejection have different ideological roots, depending on the topic of investigation.

To pick just one aspect – knowing the scientific facts will not change minds about Climate Change, but might be potentially effective when discussing GM.

What it does do is to point the way towards a better way of thinking about denialism. It would appear that the issue is not generally a lack of information but instead is more firmly rooted in how we actually identify ourselves. If our core identity is specifically political or religious, then we quite naturally adopt ideas espoused by that tribe. If however we shift away from that and instead adopt a core identity where we see ourselves primarily as a critical thinker, then that in turn changes the dynamics of it all.

If individuals make that shift, then they will naturally begin to give priority to the accuracy of ideas over over politics or belief.

Steve Novella has also blogged about all this. His posting is an interesting read.

The comments under his posting are also fascinating. A science denier pops up and proceeds to give a real-time display that illustrates it all.