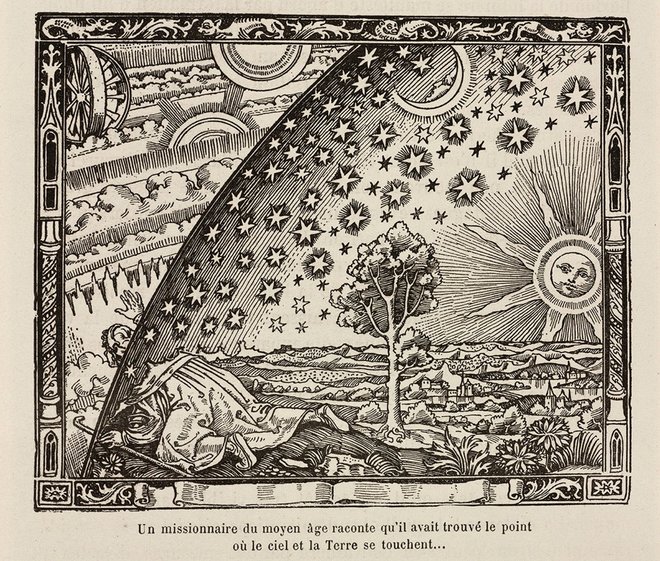 I confess that this one surprised me. Ken Ham, the guy who runs Answers in genesis, has issued a posting in which he points out that believing that the earth is flat is utterly absurd, and that nobody should be silly enough to seriously embrace that daft idea. So yes, the idea of a young-earth proponent labelling flat-earth as absurd not only broke my irony meter, it blasted it to smithereens.

First, it is perhaps best to appreciate the stance that Ken Ham maintains.

Who is Ken Ham of Answers in Genesis?

Ken Ham is … well, if you know who he actually is then the very invocation of his name will inspire many, both believers and also non-believers, to roll their eyes. If you do not know who he is, then here is a quick primer –

His literal interpretation of the bible leads to some very strange conclusions, and I don’t just mean a 6,000 year old universe. On the AiG website you will find some gems such as these claims …

This is what happens when your methodology is to take what the bible says as the ultimate unquestionable truth.

There are of course many variations of creationism. Perhaps the most common variation is the idea that what science tells us is correct, and that all it is doing is telling us how God did it. Ken’s is the most extreme literal variation, hence many who do adhere to a religious tradition find his position to be utterly absurd.

Are there really people who believe the earth is flat?

It would be reasonable to assume that flat-earth is simply a joke and that nobody takes the idea seriously. Alas no, there are some who have become quite convinced. I was writing last march about the talk given at AAAS on the rise of this belief.

For Ken Ham, who sincerely believes in a 6,000 year old universe, unicorns, and flying fire-breathing dragons, the idea that the earth is flat is simply an idea too far.

If indeed his methodology is to take the bible literally, then how does he know this?

He rejects the idea because it is not “scientific” …

We’ve thoroughly researched the supposed biblical and scientific pieces of evidence presented in favor of such a (wrong) view. It simply isn’t taught in Scripture, and the science doesn’t support it (although, sadly, many Christians are being convinced by cherry-picked data that only shows part of the whole story and out of context)

Yes indeed, the cherry on this cake is seeing a guy who rejects evidence-based science, also rejecting flat earth ideas because it is not scientific.

… we can now add “Creationists” vs “Flat earth”.