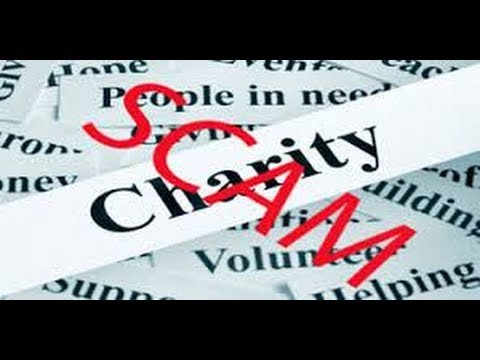 The basic concept of a charitable organisation is of course well understood. On a legal level, an officially established body is focused on an activity that is designed to promote social well-being and hence does not exist to make a profit. Their finances are open and public, and often they also have income that comes via donations. As a recognition of such an endeavour, organisations that meet the criteria laid out by UK charity law are exempt from tax, and rightly so.

OK, so it gets a bit complicated legally. The law varies between England, Scotland and Northern Ireland, but basically the principle remains the same. Charities are required to register with the appropriate regulator for their jurisdiction in order to gain the taxation exemption benefits, but there are sensible exceptions. For example if an organisation’s income does not exceed £5,000 then the charity commission is not interested, but they can still register directly with the tax body HMRC to receive a tax free status. (The Charities act of 2006 enabled that to happen for smaller charities).

For historical reasons there are some charities that have been operating by Royal Charter, so they also get a tax exception. For example  The King’s School, Canterbury was established in 597 … yes that is 597 not 1597. This school was established not too long after the fall of the Roman empire, and so that is a charity that has been operating for over 1,400 years.

Beyond the outright fraudulent, which I’ll skip over, there are some charitable organisations that are run by people with the very best of motives and they sincerely believe that they are doing good. Unfortunately, the stuff they promote is well-established as BS. I’m specifically thinking of alternative medicine.

For example, if you are promoting a cure for cancer, but don’t have any evidence that what you offer actually works, then you can still register as a charity and promote quackery under the banner of an official Charitable Status. People would of course assume that if a body has a charitable status, then what is on offer must be something that actually works.

This was a well-recognised problem, and so there has been a long running two year consultation on this issue. It has now concluded and new Guidelines have been issued …

Our guidance is now clearer that CAM organisations applying to register as charities will need to provide evidence that matches the claims that they make in order to demonstrate that they provide public benefit:

The updated guidance will reduce the risk of CAM organisations that cannot evidence the claims they make benefiting from charitable status.

It’s a step forward but does not resolve the issue. There is a considerable degree of wiggle room here.

Problem 1 – What exactly does “appropriate scientific evidence” actually mean? Will they apply the same standard that regular medical treatments are required to adhere to? The issue here is that this is not a defined standard.

Problem 2 – This is the primary problem. If a charity does not claim to cure, but instead claims to offer comfort or relief, then they don’t need to prove it scientifically at all. That’s a huge loophole, it is a license to officially continue promoting BS by simply watering down their claims a bit.

Various media stories have highlighted the new guidelines, for example …

Independent: Measurable medical efficacy has not been proved for homeopathic treatments, and last year the NHS banned funding for homeopathy

The story quite rightly points out that Homeopathy is basically BS, and cites reliable sources for this …

There have been numerous reviews into the effectiveness of homeopathy, which official NHS guidelines describe as “a complementary or alternative medicine (CAM)” and they cite the House of Commons Science and Technology Committee, which said there is “no evidence that homeopathy is effective as a treatment for any health condition”.

The British Medical Association has previously described homeopathy as “witchcraft”, while the government’s chief scientific adviser, Sir Mark Walport, has dismissed it as “nonsense”, and the chief medical officer Dame Sally Davies has labelled it “rubbish”.

… and so they anticipate that CAM Charities will be stripped of their charitable status because they promote cures that don’t actually work.

Nope, sorry that not going to happen. While this change to the guidelines will stop the outright fraudulent claims of a cure, there is still sufficient wiggle room and so any and all quackery will simply declare that they offer comfort and/or relief and so they are back in business with a tax exempt status.

Bottom Line: No more extreme claims. That’s an improvement, but the BS will sadly continue, so we are not done.