Nathalie Morin, a Canadian woman married and living in Saudi Arabia, was locked in her house along with the whole family by her “loving” husband who then went for a week-long visit to see relatives in another town. As their supplies of food and water started to run out, she sent a text message to two human … Read more Two Saudi women activists jailed for helping starving mother locked in home

Yesterday’s UK Telegraph has a horrendous story about the human rights abuses taking place against many woman in Afghanistan … Afghan police have rescued a teenage girl who was beaten and locked up in a lavatory for over five months after she defied her in-laws who tried to force her into prostitution, officials said on Tuesday. Sahar Gul, … Read more Afghan girl ‘locked in lavatory for 5 months’

The news is that the Saudi King has granted women the right to vote and run for office in the next elections. “Harrah”, shout all the human rights watchers, “at last we can welcome Saudi Arabia to the 20th century”, and so perhaps observe that they then only have 100 years of social progress to … Read more Women granted right to vote in Saudi Arabia? – Its a sham

I’ve two examples to talk about here … both are examples of intolerance, both have a religious theme, and both illustrate the problems you can get tangled up in when you let religious considerations interfere with the legal process. One is an attempt to legislate some support for an irrational belief, and the other is an attempt to legislate against an irrational belief, what they both have in common is that they are an attempt to dictate how individuals should behave.

You can probably guess, but they both involve Islam … gasp!! … what a surprise that is these days. 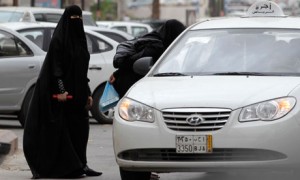 First up we have the story about driving in Saudi. As I’m sure many of you are aware, it is illegal for woman to drive in Saudi. Ah yes, a real example of how truly progressive Islam can be when granted a free reign. In fact, its not just a driving issue, this is Islamic Sharia law in full swing; woman cannot vote, cannot be elected, and can never be independent because it is mandated that they must have a male guardian … In essence, woman are most or less a subservient class of slaves with no rights, and its the law because the clerics say so. (and I’ve not even mentioned the mandatory dress code, or that in public men and woman are completely segregated).Make no mistake, “It’s the culture, not the religion,” is a Saudi saying, but that claim is complete bollocks, its the clerics who impose these rules.

To read more about the complete lack of rights for woman in Saudi, you can click here.

Apparently there is to be a UN agency that will be responsible for the promotion of woman’s rights and both Iran and Saudi Arabia are bidding to get seats on the board. Its looks like they might even get them,  Saudi Arabia is running uncontested, and Iran’s name has been put forward by the Asian … Read more Iran and Saudia Arabia to promote women’s rights!!!