Social media can be quite destructive to those that attempt to utilize it as a weapon and can often have unintended consequences. Wired has a very interesting article that gives a great example of this. It opens by explaining a sequence of events that took place at a conference … Earlier this year, at a … Read more

Kristen Neel, a teenager from Georgia, was rather disappointed when Obama won, so she tweeted as follows to express her disgust with the US as follows : A retweet count of  1,424, gosh why is that? Perhaps because there are a couple of very minor little problems here … Australia does not have a President, … Read more

Twitter is still finding its feet within our culture and so there tends to be a lot of weird reactions that pop up. We have already seen the Twitter joke trial of Paul Chambers, a chap who when faced with an airport delay due to lack of snow tweeted, “Crap! Robin Hood airport is closed. … Read more

If you have ever been tempted to think that Twitter is a crap idea, well it appears that others might agree … quite literally. A couple of folks have set up a site that offers toilet paper custom-printed with the Twitter feed of your choice. Oh that is so tempting, think of all those famous … Read more 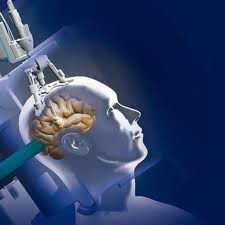 Interesting article in nature a couple of days ago … first the core of the article, then some additional thoughts from me .. Blogs and tweets are ripping papers apart within days of publication, leaving researchers unsure how to react. “Scientists discover keys to long life,” proclaimed The Wall Street Journal headline on 1 July … Read more