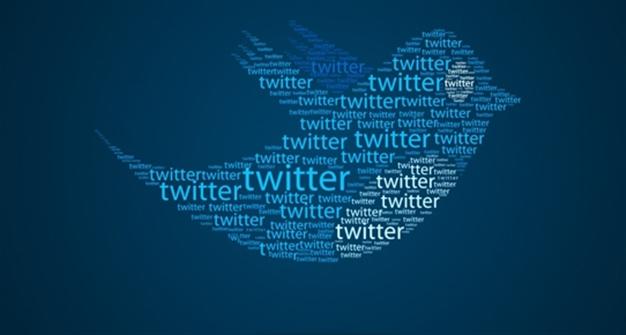 Turkey is back on the map once again.

Officials there have now announced that the country has lifted the ban on Twitter on Thursday – see news reports – and yes, their Government  does confirm that they have lifted the ban a day after the country’s highest court ruled that the Twitter ban was illegal, ordering the government to unblock it …

the Constitutional Court ruled that the ban was a violation of free speech.

An official from the Prime Ministry has confirmed to daily Hürriyet that the decision to block access to Twitter has been rescinded.

So why did they try for a ban?

Before the elections, dozens of leaked phone conversations depicting state officials engaged in alleged graft were loaded onto the video-sharing website YouTube and shared on Twitter.

In fact, it gets even worse (for him) … Turkish Airlines was caught shipping weapons to unknown groups in Nigeria, which has been ravaged by violence between the army and Boko Haram militants. The evidence was a recording of an  incriminating phone call. In a tape posted on YouTube, Mehmet Karatas, an assistant executive of the airline, allegedly tells Mustafa Varank, an advisor to Erdogan, that he feels guilty over national flag carrier’s arms shipment to Nigeria.

Quote … “I do not know whether these (weapons) will kill Muslims or Christians. I feel sinful,”

The world has changed – and now such whispers are being shouted in the streets for all to see.

It is in many ways inevitable for an increased flow of information to disrupt old models. Past examples abound, we need only look at what the printing press did and how that increased flow of information disrupted things – bastions of power were shattered and human minds were set free. We might indeed despair about the demise of bookshops by the likes of Amazon, but nobody (apart from those with dirty little secrets to hide) will despair about the demise of state sponsored corruption and censorship.

Mr Orwell was wrong, the future is not a world in which Big Brother is watching you, but rather is one in which all of us are watching Big Brother.

It is not just Turkey of course, other states are also frantically trying to hold back the inevitable by imposing censorship or an outright ban, but anybody with a bit of tech-savey knowledge can quickly bypass any such censorship.

The simplest way to circumvent the Twitter ban is to send tweets via SMS – a method suggested by Twitter’s policy team as news of the ban spread.

According to Twitter’s support page, users can send and receive tweets through short codes associated with supported networks – in Turkey, these are Avea, Vodafone and Turkcell. Only Turkcell supports MMS, which means only users on this carrier will be able to send pictures with their tweets.

After Erdogan announced the Twitter ban, many Turkish news websites published instructions on how to change the domain name settings (DNS) on computers and mobile devices to conceal their geographic whereabouts. In short, using just two numerical codes, users are tricking their device into thinking they’re using it from somewhere other than Turkey.

Users can change their DNS by changing two codes which act as an identifier for the device they are using. Head of the webspam team at Google Matt Cutts tweeted the codes for Google’s Public DNS

Use a virtual private network (VPN)

A virtual private network allows internet users to connect to the web undetected, thus allowing them to access restricted sites like Twitter. A number of apps and third-party services offer this service. In June last year, as unrest in the country grew, more 120,000 people in Turkey downloaded Hotspot Shield, a free mobile app which provides a VPN.

Welcome to the future folks.