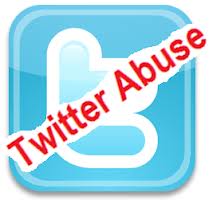 Twitter is still finding its feet within our culture and so there tends to be a lot of weird reactions that pop up.

We have already seen the Twitter joke trial of Paul Chambers, a chap who when faced with an airport delay due to lack of snow tweeted, “Crap! Robin Hood airport is closed. You’ve got a week and a bit to get your shit together otherwise I’m blowing the airport sky high!!“. Any normal twitter user gets it, it was an attempt to vent frustration as a joke and was not in any way a real credible threat, yet the authorities decided to treat it as real and so they descended upon him like a ton of bricks. He was arrested by four officers from South Yorkshire police who visited his office at a car distribution firm in Doncaster. Chambers then subsequently lost his job as a financial supervisor. He eventually won, but only after a great deal of stress. Louise Mensch, his constituency MP, is quoted as saying. “The CPS owe the whole country an enormous apology for having wasted public money and put him through two and a half years of serious stress for what was a joke.”

Have we learned yet or do they still overreact?  Liam Stacey was packed off to jail for tweeting some highly offensive remarks, he might indeed be a truly obnoxious pratt, but if we truly wish to jail folks for every dicy remark on twitter, then our prisons will soon overflow.

During the Olympics we also saw the banning of Greek triple jumper Voula Papachristou who simply retweeted a rather lame, slightly unpleasant racist joke. Not cool, and also rather embarassing and quite stupid, yet the response to it was almost akin to a witch hunt. Is the Olympics really going to become a no-go zone for those we deem to be politically incorrect? Her true crime was to essentially support the right-wing party, Golden Dawn. We might not like their politics, we might also denounce their overtly racist agenda, but freedom of expression is a basic human right, it is in the UN charter (Article 19 here), or is that a right that should only apply to those who hold views we just happen to agree with?

So where do you draw the line, what could possibly be said that is actually over the line?  Racism does indeed in my mind potentially qualify, but exposing racist comments in public so that all may then mock and ridicule them is far better than censorship or the deployment of the legal process. So what does now trigger the legal process?

We have a new example, it concerns the arrest of a 17-year-old who had sent an abusive tweet to swimmer Tom Daley (“You let your dad down i hope you know that.”) To put that in context, Daley’s father Rob died last year from brain cancer. In reply Mr Daley simply retweeted it, and so generated a storm from all those that follow him. The tweeter then retaliated with angry tweets … “I’m going to find you and i’m going to drown you in the pool you cocky twat your a nobody people like you make me sick“. Now that really does cross the line, it is an actual threat, and so he got arrested.

In many ways I get it, he got back a lot of tweets calling him a complete twat, and so he lost his rag, but that does not excuse it.

As a culture we are still learning, but have yet to become truly aware that there are serious consequences that can flow from sending abusive messages; that includes a jail sentence and hefty fines. Section 127 of the Communications Act, 2003, is now being seen as a catch-all for all internet commentary, and so it is this that is being deployed in the rising number of cases. However, offences may also be committed under the Malicious Communications Act of 1988, which was originally designed to combat “poison pen” letters, and the Public Order Act 1986, which covers offences committed on a mobile phone while on the street. It does not end there, the Protection from Harassment Act 1997 could also be invoked after just two abusive messages.