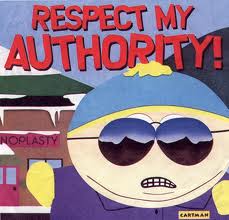 I suspect that perhaps most are familiar with the fallacy of arguing from authority, but just in case not, then in essence, this is the basis for it.

A claim is correct because the claim has been made by somebody who is authoritative.

OK, if it is a well known fallacy, then why write about it? Well, I’d like to take a look at three real-world examples to illustrate that there are multiple variations of this, and that no variation is an exception. This includes:

So lets take a look at each of these it turn.